Hello , it`s October, I know, I know I`m a little late. Let`s start with this card of a Mother and her young one. Two elephants from South Africa. There are about 24,000 elephants in the wild in South Africa today, a dramatic rise from a hundred years ago with fewer that 150 at that time. 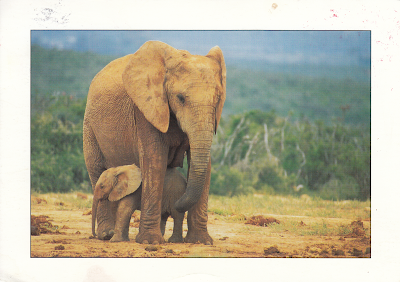 My next card is from Switzerland and shows a sight not seen too often these days - a line of jets waiting for takeoff. I wonder if it will ever get back the way it was . 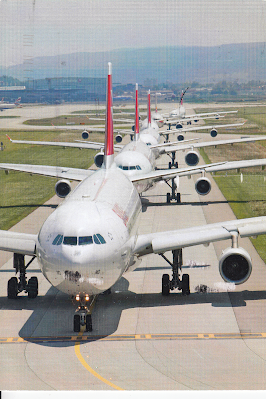 Here Jean Pierre used 2 stamps. On the left, a stamp from 1993, 1 of 3, celebrating the 150th Anniversary of the First Stamps in Switzerland. The stamp on the right is 1 of 2,  issued in 2019 as a Joint Issue with Liechtenstein.

Now here is my first Halloweèn card of this year. A little early, but better early than the other.  It arrived from Japan. 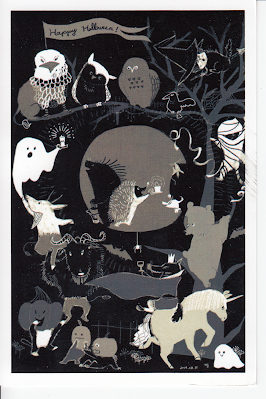 I never have much luck identifying stamps from Japan. There seems just to be an endless list of them and without a year date , most times I just give up. Talk about frustration ! I was lucky with the one on the bottom on this card, though. It was issued in 2020, 1 of a set of 4, issued for International Letter Writing Week. 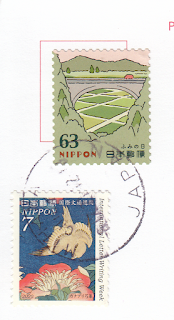 Here`s a man of authority for sure, at least it appears that way. It is Finland`s 6th president Karl Gustaf Mannerheim. He was in that role from August 1944 until March 1946. He also held a few other titles - Regent of Finland, Commander-In-Chief of the Finnish Armed Forces, and Marshall of Finland. Participants in a Finnish survey taken 53 years after his death in 1951 voted Mannerhein the greatest Finn of all time. Obviously they never heard of Miika Kiprusoff . 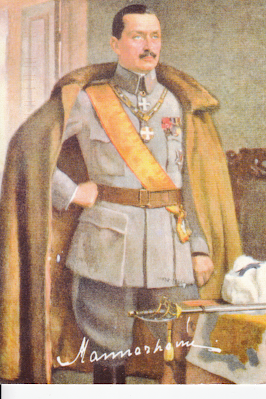 Sari used an assortment of 4 stamps on this card. I`ll go from left to right for these. Far left is a Bird stamp from 2017, 1 of 4 in a minisheet. Next is a 2003 stamp showing the painting `The Fighting Wood Grouses `by Ferdinand von Wright. Then we have another 2003 stamp, this time it is 1 of 6 in a Summer Insects and Wildlife issue. The last stamp, the green one, is an imperforated , self-adhesive showing Birch Leaves.

I like the ink stamp of the Airmail plane.

I have two more cards for today and they arrived from PostCrossers in Germany.  First is this Black & White card of 4 young ladies trying to be just a little taller than they  actually are. 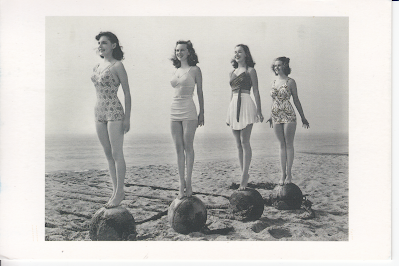 Silke used a Flower definitive from the long running set along with a 2018 Tourism stamp of Germany`s Most Beautiful Panoramas. Sadly the stamp is only half of the panorama.

And the final card is of course Aviation themed. It`s two MiG-29 Aerobatic Team  aircraft of the Soviet Air Force. The team consisting  of 6 MiG -29s is called The Swifts. They are based at the Kubinka Air Base in Moscow. 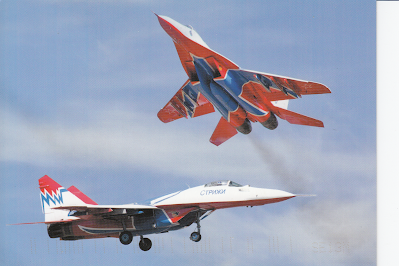 Elfie used a 2021 stamp which I highlighted in my blog of Sept 27th.

So there ends another update. Thanks for today`s cards and stamps go out to Bruce, Jean Pierre, Silke, Sari and Elfie. Thanks so much to everyone.

Posted by Gem from Airdrie at 9:39 PM