The Library, Wings 2, and a Moorish Castle

Well , it's been a while. I guess some might have wondered if I was gone for good. But I'm back and all is good. Postcards - let me get right to it.

I'm starting with a multi-themed card  - aircraft themed and a pin-up to boot.  This is a card from Duncan who lives in the Portland, Oregon area. The card shows a pin-up by RomainHugault and Laurent Negroni. Their art is always dapper, sometimes naughty , but never vulgar. Painted on a fuselage, these pictures gave the pilot a little courage when immersed in a mission. 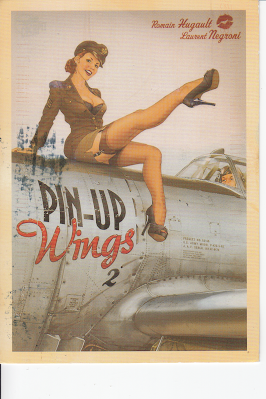 Duncan used 2 stamps from a new set of 10, showing various images of the Sun as captured by NASA's Solar Dynamics Observatory. It's a really nice set of stamps and these two are my first from it. I look forward to receiving the others over time. The stamps are Forever stamps so should be around for a while.

My second card today is from Gibraltar. It shows a view of Gibraltar's Moorish castle. This iconic medieval fortification was built around the year 711. Its features include the Tower of Homage, the Gate house and until 2010, the Prison of Gibraltar. 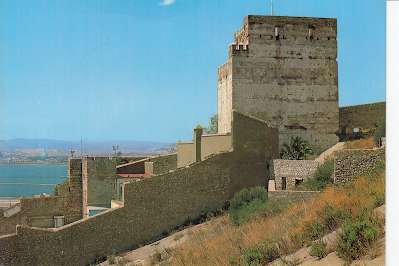 Jean Pierre used a 2017 stamp showing the same castle. It is from a set of 7 Castles and Caves Tourism Stamps.

The Marucelliana Library is the subject of this next card. It was founded in the mid 18th century in Florence , Italy. Henry Wadsworth Longfellow wrote about a library " The student has his Rome, his Florence, his whole glowing Italy within the four walls of his library. He has in his books the ruins of an antique world and the glories of a modern one. " 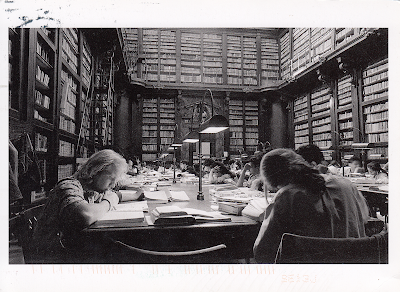 The picture on this card brings back memories of spending time in the library during my time at university, many years ago.

Barbie who hails from the Richmond, Virginia area uses a number of stamps on this one. On the left, from 2003, a stamp celebrating the 100th Anniversary of the Birth of author Zora Neale Hurston. The middle stamp is 1 of 4 issued in 2021 showcasing Western Wear. The right stamp, also from this current year, is a Black Heritage Forever stamp showing Playwright August Wilson.

I think that will do it for this time. Thanks for the cards go out to Jean Pierre, Duncan and Barbie. Take care and stay safe.

Posted by Gem from Airdrie at 5:53 PM