The Queen , Marilyn, Ios, Moraine Lake and a Peashooter Plane.

Happy Hallowe'en ! and Boo to you all. It may be Hallowe'en but I have nothing scary for you today. No ghosts, no goblins, not even any candy. But I do have a few cards  but none with any Hallowe'en theme. So be it ! 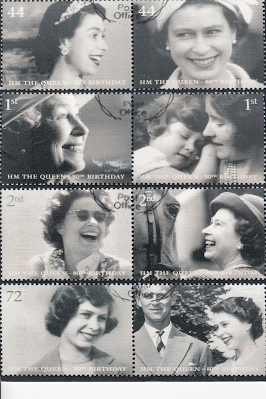 Maxine used a stamp from this year. It is 1 of 8 in a set highlighting The Wars of the Roses. The Battle of Towton of 1461 is shown on my stamp.

Marilyn Monroe is the focus of this next card. It's a Milton H. Greene photo taken in New York City in 1956. There are just so many photos of Marilyn , I guess we'll never see them all.
Now to be honest - before I turned to the reverse of this card I did not recognize it as a photo of Marilyn Monroe. It just doesn't look like her to me. But what do I know ? I'm sure the true aficionados of Miss Monroe out there will have no trouble recognizing her. 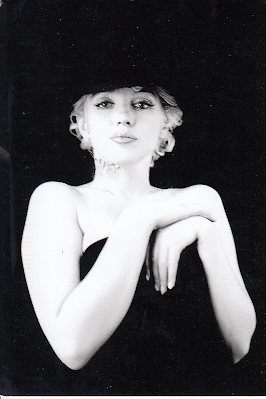 Andrea from L.A. used one of the 2018 round Global Forever Flower stamps on her card. 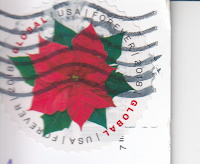 Next up is a map card of the island of IOS, Greece, or as the card implies the Best Island. I'm sure there are pros and cons to that thought. Ios is a Greek island in the Aegean Sea. It is quite hilly with cliffs down to the sea on most sides. The island has a small population of just over 2,000. 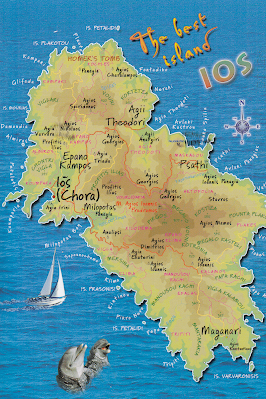 David used 2 stamps from this year. The left stamp is 1 of 4 marking the 200th Anniversary of the Greek Revolution. The right stamp, 1 of 4 in a set, was issued to show National Action for Gender Equality.

My next 2 cards were sent to me by My Lovely Teena to commemorate World Postcard Day, back on Oct 1st.  This first one is a view of gorgeous Moraine Lake , a glacier-fed lake situated in the beautiful Valley Of The Ten Peaks in Banff National Park, in Alberta, Canada. It is my most favourite place in Canada. I need say no more. 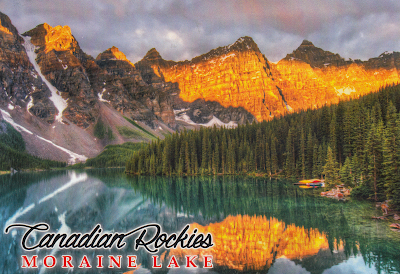 Teena used a Karen Kain stamp from this year. She was and is Canada's premier ballerina. 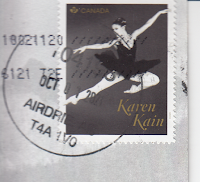 Teena's second card is just a fun aviation themed card. It shows art by Ben Sakoguchi . It's from a 1975 collection called Orange-Crate  Art : A Postcard Book. 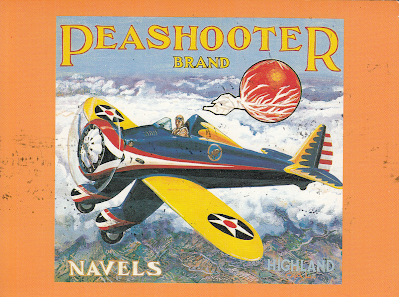 On this card, Teena used a Canada Post Community Foundation stamp which was issued on September 20th. The design is an illustration by Kim Smith that literally glows creativity. The luminous fireflies are a reminder of the light that shines within each of us. This is the 10th annual fundraising stamp and from its sale, money is donated to the Canada Post Community Foundation. More that $11 million has been raised by those stamps over the 10 years.

With those cards , there ends another update. Thanks for the cards go out to Maxine, Andrea, David and to My Lovely Teena.
Thank you to all.
The pandemic has been among us now for over 600 days. Who would have thought that back 500 days ago. What more can I say about it. ? Here's the most important thing - vaccine. If you haven't got yours yet   -- why the hell not ? Do it - we'll all be the better for it. Till next time ......... Happy Hallowe'en to all.
Posted by Gem from Airdrie at 4:02 PM