Let's start off this update with a nice card from Turkey. Leslie sent this card of Maiden's ( Leander's ) Tower in Istanbul. The tower is located on a small islet at the southern entrance of the Bosphorus  strait. 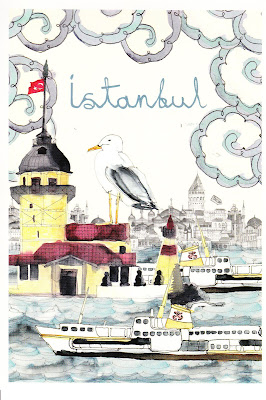 Leslie and  I have exchanged cards often, over the years. Her postcard blog, the postcard blog, can be found here .  She used a nice gold- embossed mini sheet of 2 different stamps issued this current year. 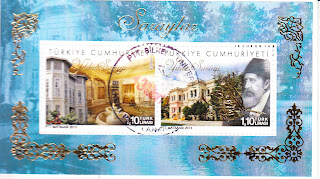 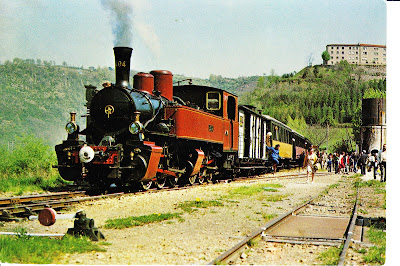 Here's a card that will appeal to the many train card collectors out there. It comes from France and shows Locomotive 404 way back in 1975. 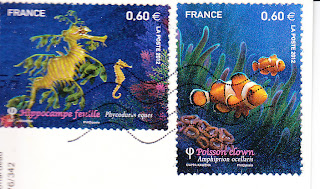 My next card is " a little out there ". It's a Hubble Space Telescope image of the Bug Nebula  ( or Butterfly Nebula ) , with wing-shaped gas cloudsin shades of red-prange and white. This nebula is approximately 3800 light years from planet earth, in the Scorpius constellation. 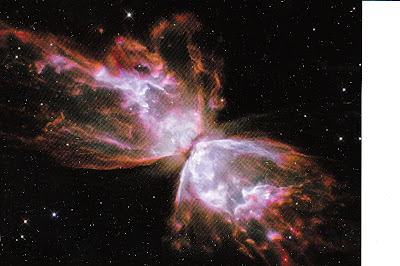 Marg from Pflugerville, Texas sent this one and used the new round Forever Global stamp, featuring an image of the globe. 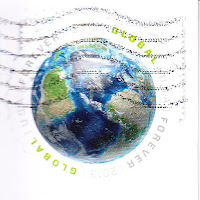 A Lundy Post box is featured on this next card. The card comes from little Luxembourg. It is compliments of Michael, a Postcrosser over that way. 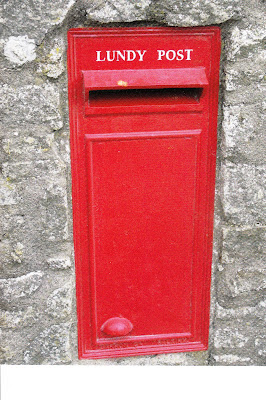 Michael used a couple of 2009 stamps along with a Lundy stamp. The middle stamp , from Luxembourg , is 1 of 3 in a Flying set. The stamp on the right is from a set of 3 issued to showcase Fire Fighters. The Lundy stamp was just a little bonus from Michael. 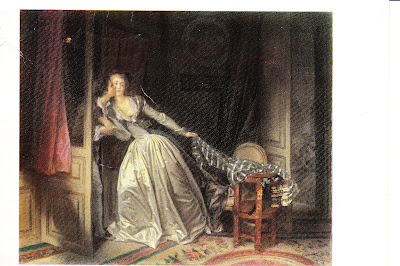 This is another Postcrossing card, from Iryna on Belarus. Iryna's stamp is a Christmas


And, finally , Guyana. I received a bunch of cards from Guyana , six in fact. I'm not showing all of them , just three, but I do want to show all the stamps that were on them, because they were all great stamps and I don't receive all that many items with stamps from Guyana. First I must tell you how this all came about. A couple of weeks ago I saw a Guyana card on Johan's postcard blog.  He wrote that he received it through www.postcardlocker.com .
I visited the site and went through their postcards for sale. They have lots of great postcards at great prices . I purchased a fine selection  and indeed received them from Guyana in short time. They also have a service called Mailing Service in which they have a number of cards that you can purchase and have them mailed from Georgetown, Guyana. Since I didn't have many  cards from Guyana, I arranged for 5 to be mailed to me. I even asked that they use different stamps on each, and they did. If you don't ask, you maybe don't get. Anyway, the cards all arrived , adorned with wonderful stamps. 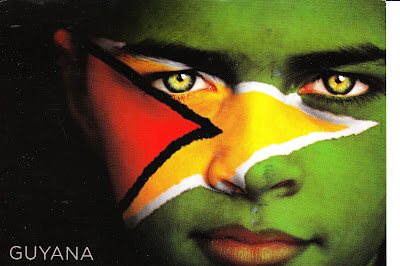 The stamp on this one was issued in 1995 for the 18th World Scott Jamboree in Holland. You can see it here along with a number of other stamps that were on other cards. 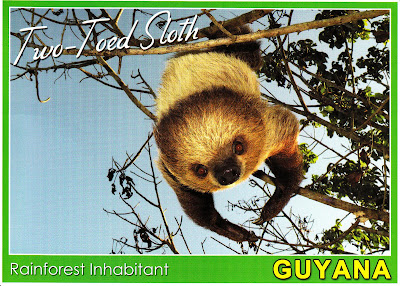 My next card from Guyana gives us a look at the Two-Toed Sloth, a native to the country's  tropical rainforest.  They spend most of their life hanging upside down from trees.

PostcardLocker put a wonderful Elvis stamp on this one. I know lots of countries issue Elvis stamps for the Elvis collectors out there , but you don't really see them on mail all that often. Here's Elvis Aaron Presley in his army uniform. 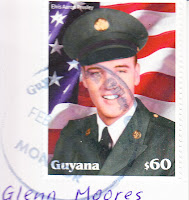 Here's the last card from Guyana. It is of Kaieteur Falls, the highest single drop waterfall in the world. It is 226 meters high compared to Niagara Falls at 51 meters.  It must be impressive. 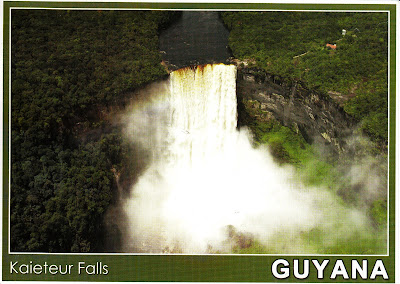 Again we find Elvis on this one. It is the 2nd stamp in the the 2002 set of 2. Not in uniform this time, perhaps though, singing "I'm So lonesome I Could Cry ". People often say that Elvis has left the building, maybe he just went to the Post Office to hang out. 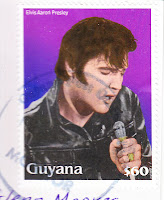 That's it for the Guyana cards, but I just want to show the other Guyana stamps that were used on the envelope that brought me the postcards I ordered from PostcardLocker. Here they are. 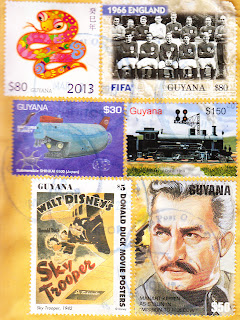 Now it's bonus time. My Airplane/Airline card for today is a Luxair Boeing 737. Luxair is the flag carrier of the Grand Duchy of Luxembourg. As of 2011 they operated 4 B 737s. Looks like the kids are having a blast on this flight, but I don't know how high they'll get with the windows down. 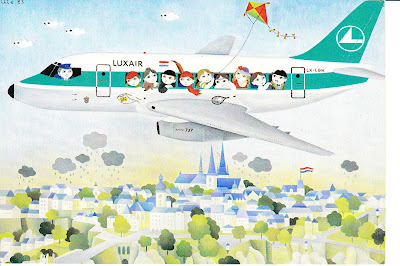 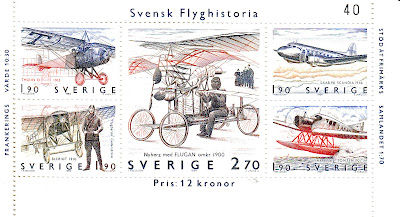 My aviation stamp selection for today is this fine mini sheet from Sweden. Be sure to click on and enlarge to see the fine detail. I'm not sure I'd fly in that contraption  shown on the center stamp though.
So ends another update. Thanks to Leslie, Pierre, Marg, Michael, Iryna, and PostcardLocker.Thanks for visiting and reading. Check back soon.