Snow on Card in June, Italy Flag, Dallas Reflection, Norway Stamps, and a Pin-Up By Konstantin

Well it's me, yes I know, I have been quite lax here on the blog. We are well into June, summer even. This month has been so busy, vaccinations, doctor's appointments, birthdays, Father's Day, soccer , baseball, and get togethers with family and friends. Sounds like life is starting to return. We can only hope.

Of course cards have continued to arrive so I have lots on hand now. I have a stack of them on my desk so I'll just reach for one after the other and in no particular order.

First up is this card from the Netherlands. However the scene of the bridge and river in winter is of somewhere in Russia. I always find it a little strange when that happens. 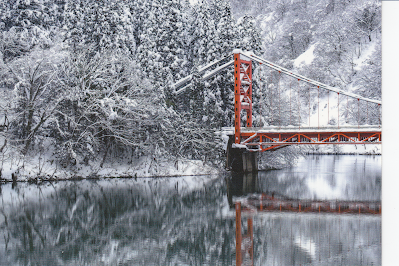 Ellen used a couple of stamps on her card. The left stamp, from 2004, is 1 of 4 in a minisheet showing Animals of the Hage Veluwe National Park. Below that stamp is a recent Queen Beatrix stamp. The stamp on the right is one I couldn't find any info on. I'm sure someone will leave a comment with info on it.

Next is this all you need to know about Italy card. One card does it all - from it you will know the Flag, population, size and much more. Most interesting to me is the fact that Italy has more World Heritage Sites  (51) than any other country in the world. 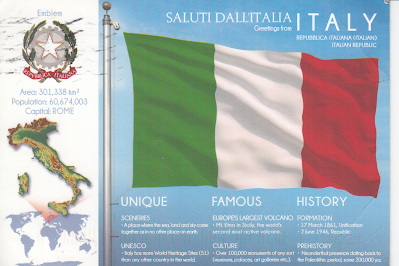 Claudio used a nice stamp from 2018. It commemorates the 150th Anniversary of the Ca' Foscari University of Venice. 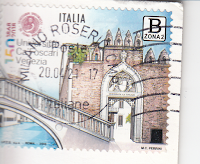 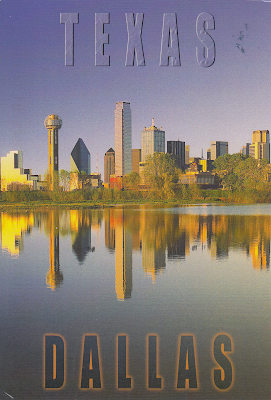 Jeff used three recent USA Forever stamps. On the left is a Bugs Bunny stamp, 1 of 20 issued last year to mark the 80th Anniversary of Bugs. Two things - he doesn't look a day over 40 and I never knew Bugs was in the army. The middle stamp, from this year, is 1 of 20 in a pane, all showing Star Wars Droids. My stamp shows R2-D2. The last stamp on this card celebrates Chien Shiung Wu, nuclear Physicist. It also was issued this past year.

This next card is from Norway and shows a mini collection of that country's stamps, at least from the year 2020. And as a long time stamp collector I have to say I don't have any of them in my collection. Shame on me. 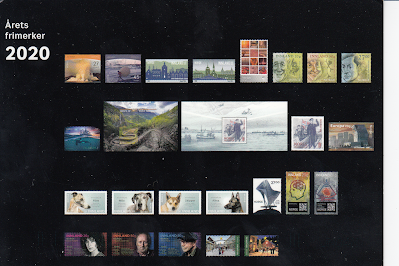 Marianne used two stamps on her card and neither is shown on the front. I guess that's because the left stamp was issued in 1995 and the right one in 2021.

Here's a pin-up card that Uwe sent along from Germany. Many of the so called pin-up cards I receive seem to originate in Germany. The photographer of this beauty is Konstantin Dahlem. 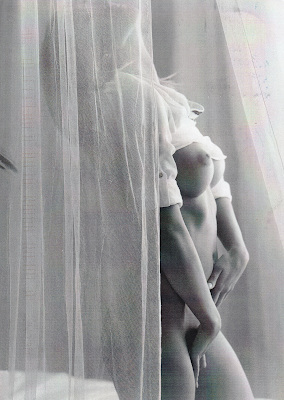 Uwe used a stamp from this year , 1 of 2 in a set, showcasing Underground Stations.

Well we've come to the end of another update. Thanks for today's cards go out to Ellen, Claudio, Jeff, Marianne and Uwe. Hopefully my next update won't take as long as this one did.

One more time - wash your hands, wear a mask and keep your distance. Cheers !!

Hello once again. It's good to be back . I have four cards for this time. I'll start with this card from Andorra. It shows a general view of Andorra la Vella, the capital , located in the Pyrenees mountains between France and Spain. Andorra is a sovereign landlocked micro state on the Iberian Peninsula, the sixth smallest state in Europe. 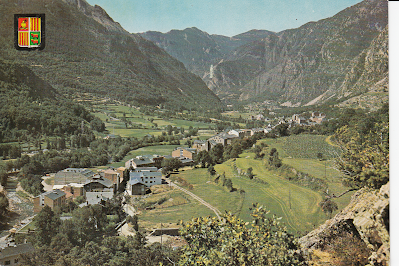 Jean Pierre used 2 copies of a Coat of Arms stamp along with a somewhat large stamp from 2019. It commemorates the 25th Anniversary of Andorra in the Council of Europe.

It's time now for another Airlines / Aircraft on Postcards entry. Here is a Lufthansa B737, an older model to be sure. Registered as D-ABFB it first entered service with Lufthansa in 1983 and stayed until 1997. Then from 1997 until 2006 it saw service with Ryanair. From 2006 until 2009 it was with Aero Condor. Lastly it flew with Rutaca of Venezuela from 2006 on. It is now 41.3 years old. 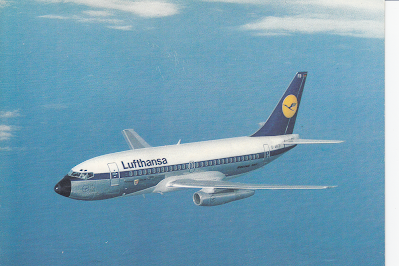 I received this card from Belgium, compliments of Johan. He used a recent stamp and received a First Day of Issue cancellation. The stamp is from a sheet of 10 and says No To Bullying. A rather unique cancellation on this one. 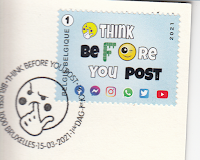 Just a follow-up note -  41.3 years is quite old for an aircraft, but not the oldest. The oldest B737-200 still flying is FAP354 serving with the Peruvian Air Force. It started with Air Lingus in  Jan  of 1970. That makes it 51.6 years old. Wow !!  It saw service with 14 different airlines before arriving in Peru in Jan of 2007. Interestingly the second airline it flew with back in 1973 was Eastern Provincial Airways, an airline I am quite familiar with having worked for them for many years.

The oldest B737-200 in passenger service is C-GNLK , in service with Nolinor Aviation in Canada. The aircraft is 47.1 years old, it started service with Transavia in May of 1974 and flew with 13 other airlines before Nolinor.

Card # 3 is from Ekaterinburg, Russia. This city is close to the border between Europe and Asia, as it runs along the ridge of the Ural Mountains. According to Nadya, you can stand with one foot in Europa and one foot in Asia. It didn't quite look like that on the map , at least not to me. Ekaterinburg's big claim to fame might actually be that the murders of Tsar Nicholas II and his family took place there on July 17, 1918.

The Ural Opera Ballet is headquartered in the city of Ekaterinburg, so I guess that may be why Nadya's card shows a ballet dancer on her toes. 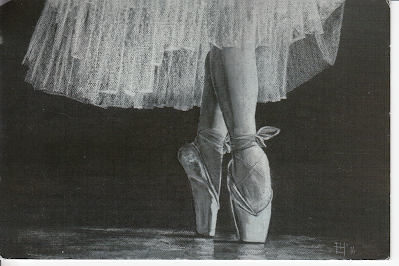 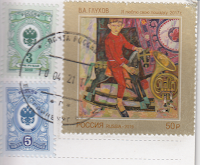 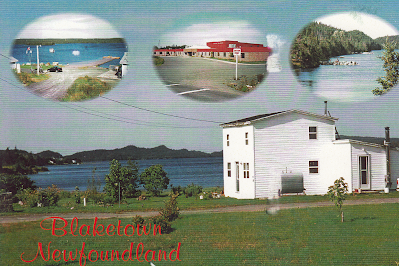 The stamp on this card was issued on 29 April , 1 of 2 in the Legends of Canadian Ballet issue. Shown is Karen Kain, one of Canada`s greatest ballerinas. 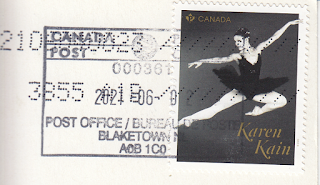 That`s all for this time. Thanks to Johan, Jean Pierre, Nadya and the Blaketown Post Office.

Thanks for showing up again, I`ll be back soon. Take care.

Wear your mask - wash your hands - and keep your distance.

Welcome back again. I have lots of cards on hand so let's get right to it.

I'll start with  this Aviation themed card from Toulouse , France. Toulouse is the centre of the European Aerospace industry. Located just on the outskirts of Toulouse is the Cite de l'Espace, the scientific discovery centre focusing on space flight. What a grand card - 22 aircraft and 3 helicopters. It can't get much better than that. The Concorde on the card is F-BVFC and it had it's final flight on June 27th 2003 after 14,332 hours in the air, 4,358 landings, and 4,200 supersonic flights. 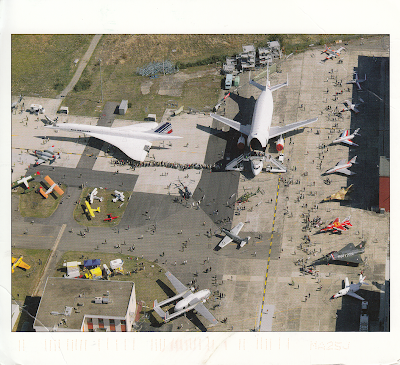 Jean Pierre used 2 Marianne stamps and a cheese wedge shaped stamp. It was issue this year to showcase the Bel Group. They have been a cheese marketer since 1865.

Today's second card is from Germany and it arrived here on May 31st. It's a card from the Unimog Museum in Gaggenau. This is a wood and glass museum with the history of Unimog trucks. The card is showcasing the Welten Bummler Treffen. The “Weltenbummlertreffen” is a family get-together, to which around 80 vehicles are expected this year. The participants from all over Germany and other parts of the world travel hundreds of kilometers to be there. I hate to be the bearer of bad news but I do believe this event is again cancelled due to covid. 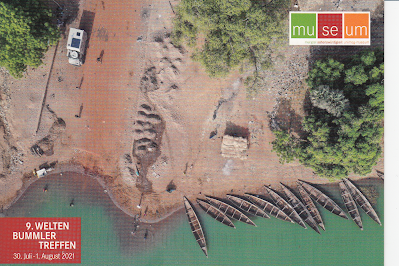 Card # 3 -- Another Aircraft card for my collection. An Air Tahiti ATP52. Registered as F-ODUD It flew for Air Tahiti from Dec of 1986 until Nov of 1999. It last flew with Trip Airline of Brazil until April 2013. At that time it was stored and later scrapped in Dec 2014. 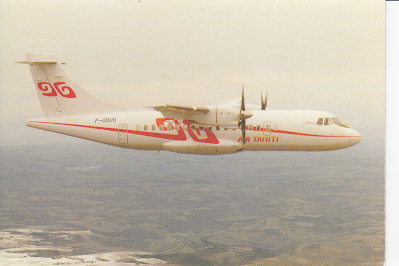 Jean Pierre used an abundance of stamps, 4 of them Aviation related.  Let's start with the bottom stamp on the right, the one not aviation related. It is 1 of 3 in a set issued in 2020 showing Island Views. Next is the top middle stamp, issued in 2012. It also is from a set of 3 featuring Airports of the Islands. This one shows Bora Bora. The other three stamps are from a set of 4 , issued in 2018 to commemorate the 60th Anniversary of Air Tahiti. 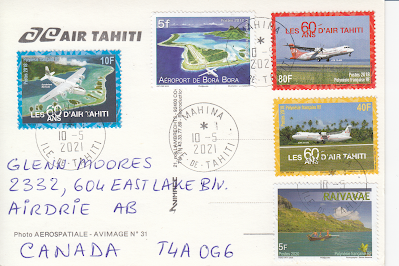 My next card is from Belgium. It's a look at Mechelen, a city between Brussels and Antwerp in northern Belgium. In the foreground of the picture is a statue of Margaret of Austria. She was Governor of the Netherlands from 1507 to 1515 and again from 1519 to 1530. 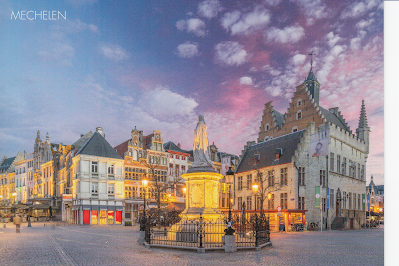 Johan used a stamp issued on 15March of this year on this card. It is 1 of 5 in a minisheet. THe stamps showcase Places of Mechelen. 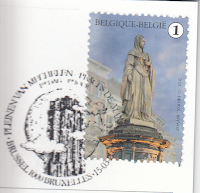 That's all I have for today. Thanks for dropping by , hope you will again soon.

Thanks for today's card go to Jean Pierre, Dominique, and Johan.

As always these days, Wear a mask, wash your hands and keep your distance.

Posted by Gem from Airdrie at 2:42 PM No comments:

Luxembourg, a Steam Bath in Siberia and One From France

I know I`m a little late but Hello June. This is always a busy month - We have Father`s Day, Discovery Day ( in my home province of Newfoundland & Labrador ) , World Clubfoot Day, Jean Luc Picard Day and Someone`s Birthday . Then to top it off - June contains the summer solstice, the day with the most daylight hours. Sounds like a good month. Enjoy.

Now on to postcards. Today`s cards arrived from Luxembourg, France and Russia.

My first card is from Luxembourg and it celebrates 500 years of the Arzfeld - Asselborn - Michamps postal route, connecting those cities in Germany, Luxembourg and Belgium. Must be a big deal, everyone on the card looks to be having a great time - laughing, playing music and smelling the flowers. 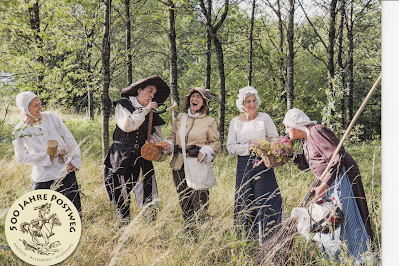 Meelis used a nice selection of 3 stamps on his card. The top left stamp was issued in 2020 and is 1 of a set of 2 featuring Ancient Postal Routes. The bottom stamp, from 2015, is from a set of 3 and showcases Vegetables of Yesteryear. The Bird stamp is from 2018 and shows a Rare Bird - the Eurasian Reed Warbler. It is from a set of 3 issued for the International Philatelic Exhibition BIRDPEX 8.

Hey Meelis , it`s great to get a card from you again. it`s been a while, hopefully you`ll get to travel a little more later this summer.
My second card arrived from Tyumen, Siberia, Russia. It was the first city in Siberia, founded in 1587. The city is the oil and gas capital of Russia. Elvira`s card shows an illustration of a couple of ladies enjoying a steam bath. It is by artist and illustrator Andrew Tarusov. He has worked his magic for Disney, 20th Century Fox, RollingStone, Maxim and Cosmopolition.  You may also have seen his work in USA Today, Time, GQ and The Huffington Post. 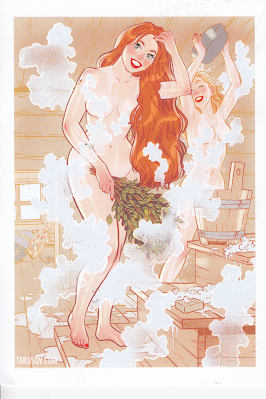 This card arrived with 2 beautiful stamps. On the left, from 2021, is a Europa stamp featuring Persian Leopards. The right stamp , from 2008, was issued to celebrate International Polar Year. It is 1 of 3 different stamps in a beautiful minisheet.

Now here`s the last card for this time. It arrived on May 25th from France. It`s a card put out by an insurance company to recognize and thank the civil servants for their involvement during the covid pandemic. The card also notes that June 23rd is World Civil Service Day. Guess I missed that one in my intro to June earlier. 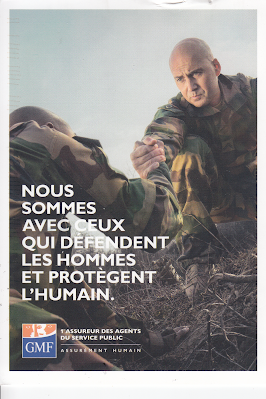 Dominique used an older stamp from 1972. It is entitled History of France. As pictured on the stamp, the Incroyables and their female counterparts, the Merveilleuses were members of a fashionable aristocratic subculture in Paris.

So ends today`s update. Thanks go out to Meelis, Elvira and Dominique for the cards you saw today.
Thanks for dropping in and be sure to come by again.
Last item -- it`s still covid time so wear a mask, wash your hands and keep your distance. It`s starting to come to an end, so let`s make it happen. My lovely Teena and I received our second vaccination on Jun 4th, but we still have to play it safe yet.
Take care
Posted by Gem from Airdrie at 6:09 PM No comments: