It's been a while, but it's good to be back. It's been a really busy summer. Weddings, family visits, day trips, longer trips ,  cook-ups in the mountains, and weather too good to be indoors and on the computer. Today it's too hot to be out, so I'm trying to get an update in. And, what an update, I have received so many great cards from so many great people, it's difficult to know where to begin. That changed for the good today , I received my first new country card in exactly a year. It is country # 259 - Congo.  The Republic of the Congo, also referred to as Congo-Brazzaville, is a country located in Central Africa. It is bordered by Gabon, Cameroon, the Central African Republic, the Democratic Republic of the Congo and the Angolan exclave of Cabinda. That leaves just 15 more countries or places to go. It's great to cross another one of the list. The card came as a complete surprise to me. It says Toukoul on the front , which I believe is an Ethiopian Rest Bar. 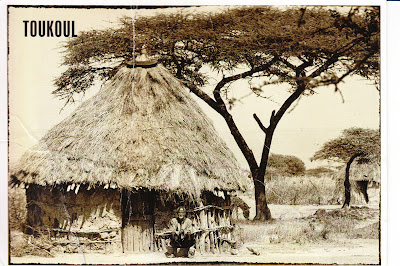 The card is from Matthew who writes the postcard blog - Postcards of Africa, Islands and Exotic Locales-  You can have a look at it here . Matthew used 2 older Congo Airmail stamps, including the one on the right , from 1980 commemorating the 1980 Lake Placid Olympic Games. 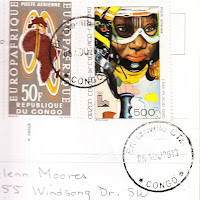 The card arrived with a nice clear Brazzaville postmark , dated 05Aug2013. That's just nine days from The Congo, not bad at all..


My next card is from Parksville, Vancouver Island, B.C. Canada. Parksville is renowned for its sandy beaches, warm water and sand castles festivals. Here's the card , entitled Hi from Parksville. 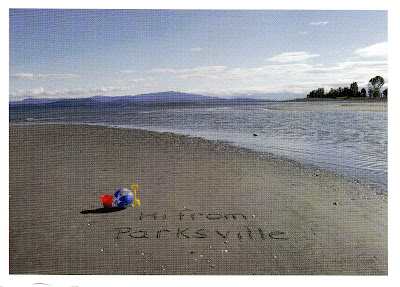 This card is special to me as it's from two of my grandkids. Evan and Ryann sent this one along. They were vacationing on Vancouver Island with their Mom and Dad.   They used one of the Baby Wildlife definitives issued on January 14 of this year showing baby woodchucks or groundhogs. 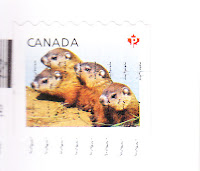 Thanks Evan and Ryann, love you guys.

I am closing out this update with one last card. A nice airplane featured card. This one is of a Beaver aircraft of Pacific Eagle Aviation flying over Alert Bay on Northern Vancouver Island. 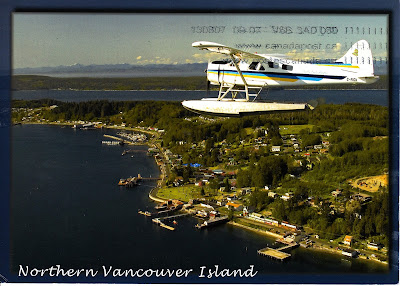 My Lovely Teena sent this card , she was recently on Vancouver Island for a couple of days. Teena used a new Guess Who stamp from the latest Canadian Recording Artists : The Bands set of four issued on July 19th. The other bands in the set are The Tragically Hip, Rush and Beau Dommage.

As you can see from the postmark, Teena posted her card in Campbell River, often nicknamed as The Salmon Capital of the World.
Thanks Teena, Love you too.

That's my update for this time. Not a long one, but a good one. Any time I can add a new country, it's got to be good. Thanks again to Matthew, Evan and Ryann and to Teena.

Take care,and with any luck, I'll be back soon.