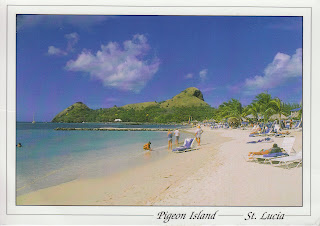 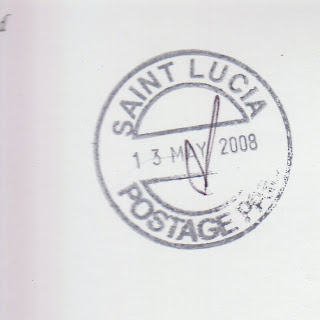 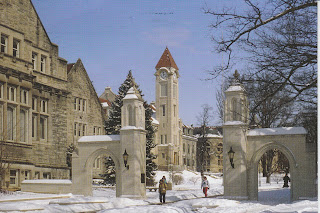 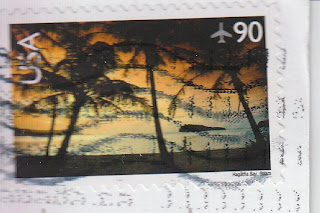 Again today I get to increase the number of countries from which I have received a postcard. I am happy to say that the total now stands at 187 . Saint Lucia is #187. My St. Lucia postcard arrived today, compliments of the staff at The Sandals Grande St. Lucian Spa & Beach Resort on Pigeon Island , St. Lucia.
Saint Lucia is an island nation in the eastern Caribbean Sea. It is located north of St. Vincent , northwest of Barbados and south of Martinique. It is also known as the " Helen of the West Indies" because it switched between British and French control so often it was likened to the mythical Helen of Troy. Saint Lucia is one of the Windward Islands and has a population of around 160,000 people. Its capital is Castries where about a third of the population lives.
The card doesn't have a stamp on it but received a round Saint Lucia Postage Paid postmark.
Thanks to the Sandals Resort for this card.


Another postcard received today is an official Postcrossing card from Indiana, USA. It shows Indiana University's Sample Gates. The Sample Gates, located between Franklin Hall and Bryan Hall, serve as a welcoming entreway for students into Indiana's beautiful 1860 acre campus. Edson Sample funded construction of the gates in 1987 and dedicated them to his parents, Louiise Waite Sample and Kimsey Ownbey Sample Sr. The gates are constructed of Indiana limestone . Indiana University os located in Bloomington.

The stamp on the card is a 2007 airmail rate stamp featuring Hagatna Bay on Guam.

That's all for today. More soon.
Posted by Gem from Airdrie at 11:55 AM