No not that March Madness , basketball - but POSTCARDS. Let's start with a card from Mozambique, just my 2nd card from this African country. Bruce's card shows some of the art and culture of Mozambique. 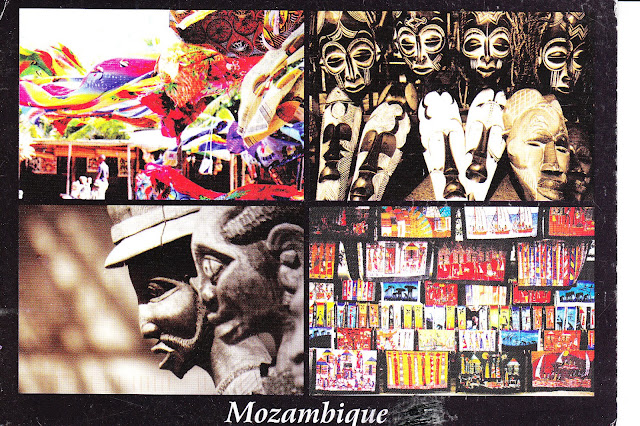 Bruce used a couple of 2014 stamps celebrating 800 Years of the Portuguese Language.

My next card shows a Pin-Up from the March 1936 issue of Reel Screen Fun. I'm sure it's not easy capturing music notes in a hat. The card is from a PostCrosser living in Belfort, France. 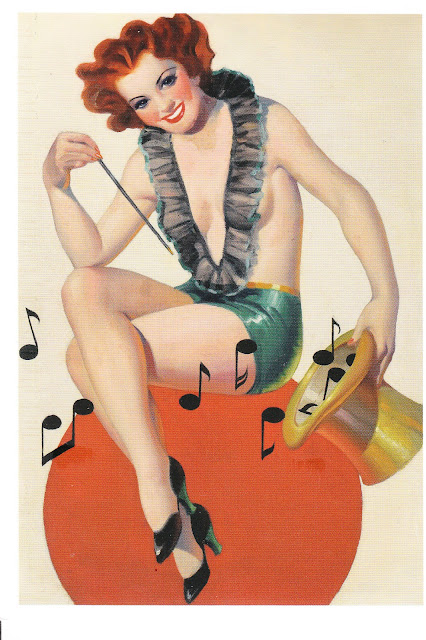 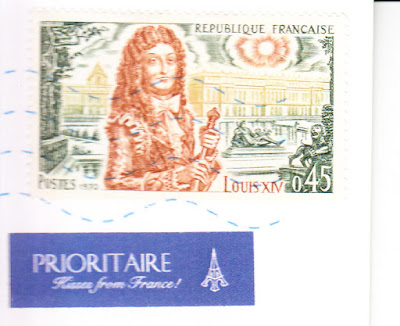 Here's another card from France with an even older stamp. Here we see The Palace of Versailles, France's most famous and grand palace.  It was Louis XIV , the guy on the stamp above, who transformed his father's hunting lodge into the monumental Palace of Versailles in the mid 17th century. Dominique used a stamp from 1967 showing Francois I. It is of a painting of the King by Jean Clouet. 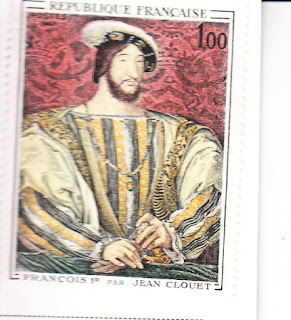 Now it's a card from Finland featuring Aira Samulin , the Finnish dance teacher and entrepreneur. She's 90 years old and still going strong, energetic and positive. Her quote on the front says " The most important thing is attitude to life " .  I guess we all could learn something from her. 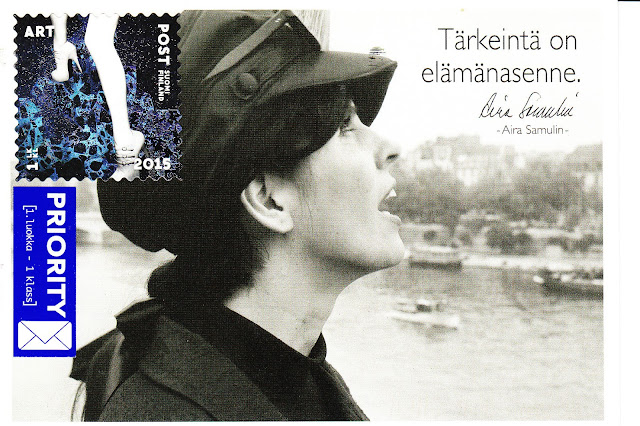 Auli used a couple of stamps from 2015. They are from a set of 4 entitled Art Post. 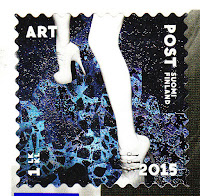 It's a nice tree lined walk on this next card. It's National Park Hoge Kempem, the only official National Park in Belgium.  Mostly pine forest, the area was placed on UNESCO's Tentative List for consideration as a World Heritage Site in May of 2011. 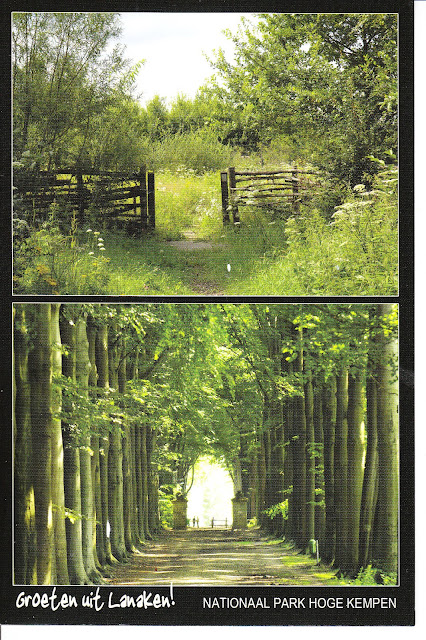 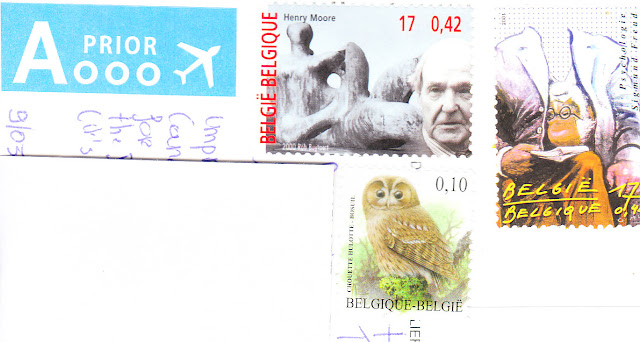 Think I'll call it a day there. Thanks for the cards go out to Bruce, Mary, Dominique, Auli and Gerda. Be sure to give Gerda's postcard blog a look. It'll be worth it. It's called " My Postcard-Page " and you can find it right here .

Take care and don't be shy - drop by again soon.
Posted by Gem from Airdrie at 1:42 PM No comments:

It's Still March and I'm Way Behind

Yes, it's still March and this is just my 2nd update for the month. I don't know where March went , but it slipped away for sure. I won't dwell on that, so I'll just move along with a few cards.

First up is a fine addition to my Airline / Aircraft on Postcards Collection. It's a Condor B737-300, registration D-ABWA . After service with Condor this aircraft found homes with Germania, Delta and Bulgaria Air. Sadly , it met its demise in Feb of 2013 when it was broken up and scrapped. 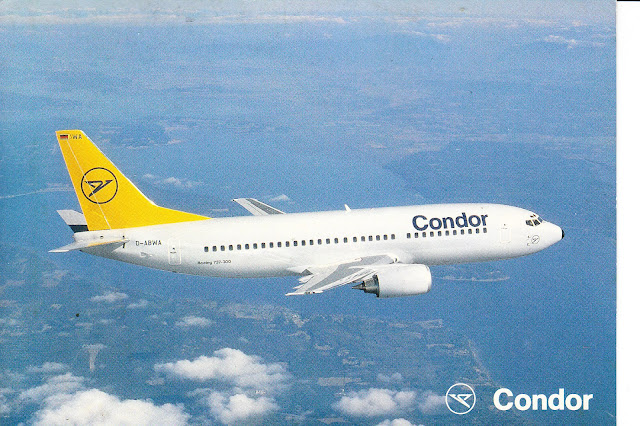 Ravindra used a nice selection of stamps on this card. THe large stamp in the top right was issued in Jan of this year and commemorates the 50th Anniversary of Sri Lanka Broadcasting Corporation. The other 4 stamps were issued in Oct of 2016 . They are from a set of 8 Flowers of Sri Lanka. 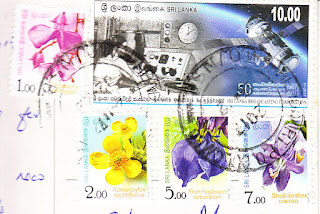 My next card arrived from the Netherlands and is the latest addition to my still small Manhole Cover Postcard Collection. This is my 5th Manhole Cover card and shows a manhole cover from Himeji Japan. The city is famous for Himeji Castle, often known as White Heron Castle. The prefecture's flower is a species of orchid that looks like a flying bird or heron. This is what you can see on the manhole cover on Barbara's card. 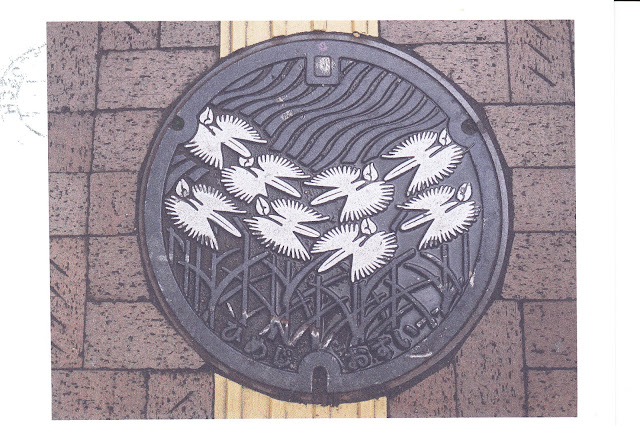 Barbara used a couple of nice stamps here. The stamp at top left was issued this year and is 1 of 10 in a set featuring Dutch Chicken Breeds. The other large stamp on top right is a lenticular motion stamp from 2006. Two stamps were issued showing Winter Olympic Gold Medal Winners. The stamp on my card shows speedskater Ard Schenk. He won 3 Gold Medals at the 1972 Sapporo Games.

Now it's a card from Cambodia. This one brings back some memories from my own recent visit to SE Asia. Ana's card shows us a few Buddhist Monks passing in front of the Royal Palace in Phnom Penh. 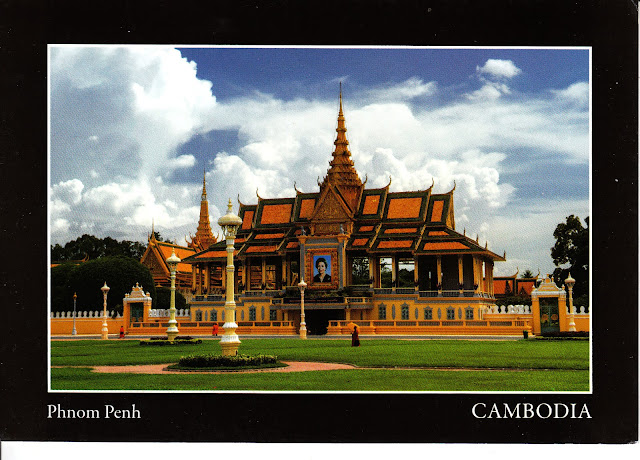 Ana used a 2014 stamp showing a Traditional Khmer Dance. It is from a set of 4 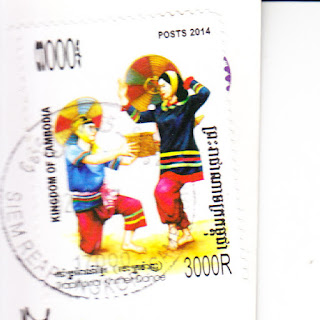 The last card for today. This one's from France and shows us just a wing of an Air Dolomiti aircraft. You've all heard the expression " a wing and a prayer " , well this is half of it. I guess a wing is  acceptable in my aircraft/airline collection. Works for me. 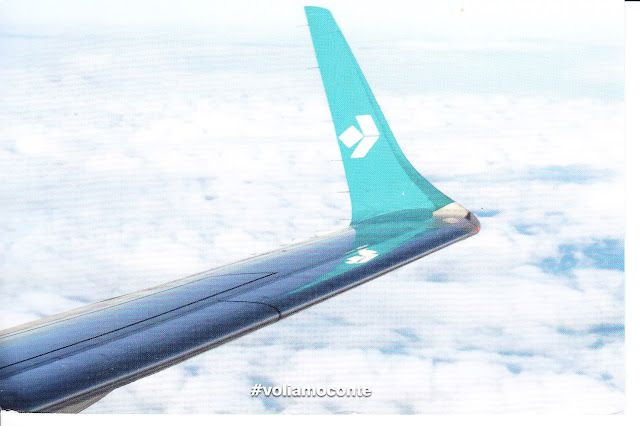 This card is from a first time swapper in Moirans , France. Nadine used a 2017 Architecture stamp featuring Chateau du Pailly in Haute-Marne. Hopefully this is just one in a long string of swaps with Nadine. 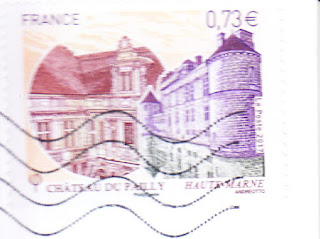 So ends this update, a little shorter than my usual, but so be it. Hopefully it won't another long drought before I'm back again.
Thanks for cards today, go to Ravindra, Barbara, Ana Na Nadine.
Posted by Gem from Airdrie at 3:02 PM No comments:

Hello again. It may be almost a week into March but this is my first appearance for the month. Busy all the weekend with my grandkids' soccer. But I do have five cards to have a look at.

The first is from the USA and shows a view of LAX - Los Angeles International Airport. That's a beautiful and spectacular 360 degree view of the airport, not a bad place to have a meal, if you're into airplanes landing and taking off. 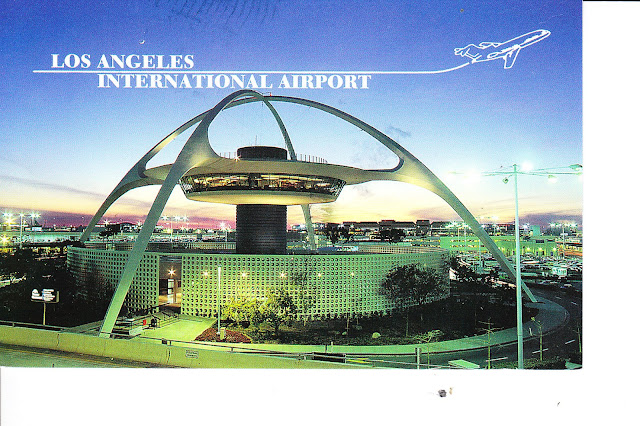 A PostCrosser named Yoli used 3 stamps on this one. On the left is a 2015 stamp from the Summer Harvest set of 4. In the middle is 1 of 5 stamps in the 2012 Bonsai Trees issue. Over on the right is a recent 2016 Flag definitive.

The second card for this time arrived from Smolensk, Russia - one of  Russia's oldest cities, it dates back to 863. The card shows a Russian Diesel locomotive , very much like the M62. 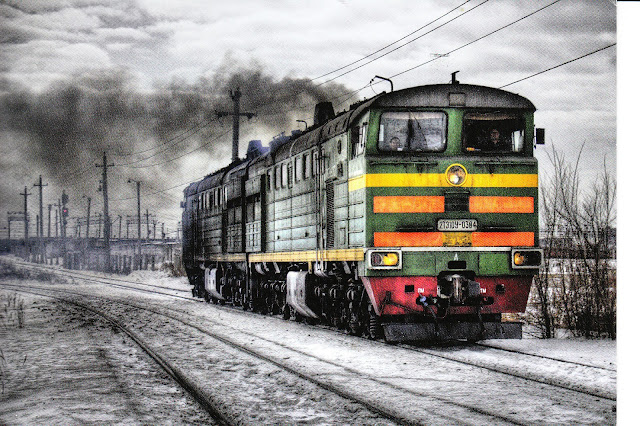 Veronika who dreams of becoming a pilot sent this card. The large stamp on the right that she used was issued in 2016 and is 1 of 4 in a Contemporary Russian Art set. 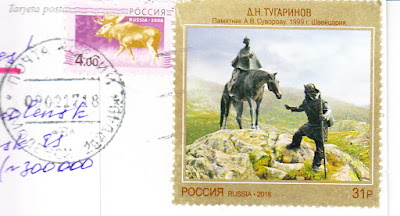 A card from Jobbo is next, this time sent from Malaysia. Displayed on the card is the former Kuala Lumpur Railway Station, designed by British architect A.B. Hubback. From the outside , it looks more like a hotel than a railway station. It's not like any railway station that I remember. 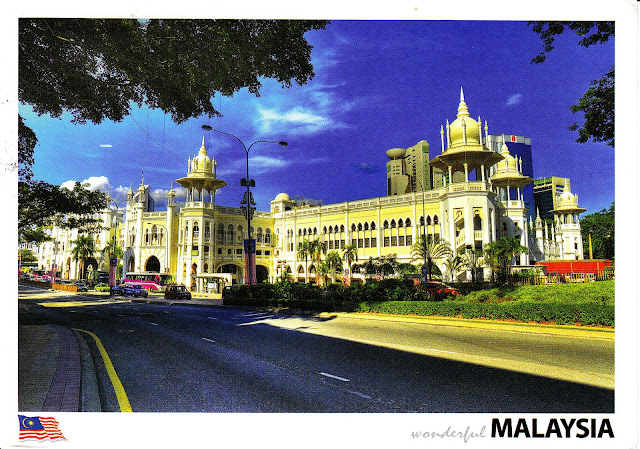 The next 2 cards are from Anne Marie and she was visiting Birmingham , U.K. so the cards are from there. The first card is a view of the city centre at night as seen from Pritchatt Tower.

Anne Marie's second card is a look at the Canals of Birmingham. 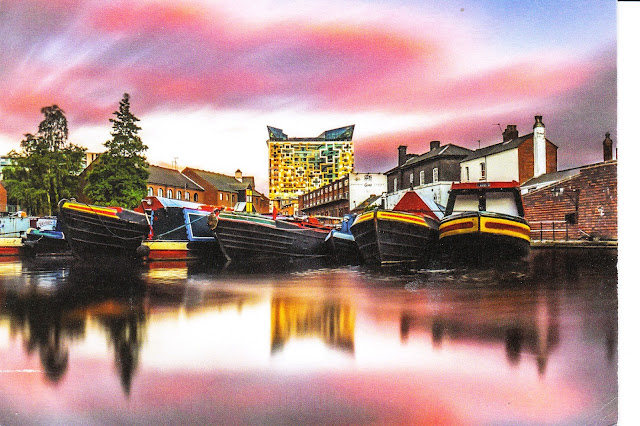 Both of Anne Marie's card arrived with the same stamp. It's a Machin definitive, one of the many. 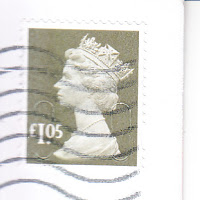 There you have it. Another one in the books. Thanks for cards go out to Yoli, Veronika , Jobbo and Anne Marie. Drop back again soon. Take care.
Posted by Gem from Airdrie at 4:08 PM No comments: