All right, as I said in my last update, the cards this time are all from Jean Pierre. Of course that's not a country, so when I say they come from Jean Pierre that's just who sent them. They actually come from Bermuda, Bahamas and Barbados. So let's look at the Bermuda card first. Ah, Bermuda,  I remember it well. A beautiful place 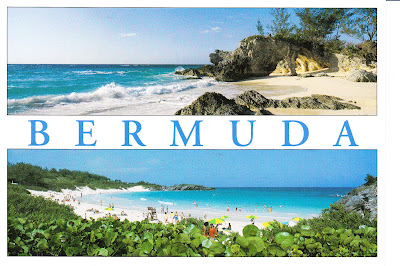 This first card shows a couple of local scenes around the island. Natural arches carved out of the shoreline and on the bottom, Horseshoe Beach. I remember spending some time on this fine beach with my family . I wish we could go back tomorrow, the grand kids would love it.

A great stamp from a beautiful set of 4 commemoratives issued July 21 , 2011 can be found on this card. The stamps commemorate the early development of the Bermuda Casements Barracks. Built between 1839 and 1843, the Casements served as a barracks and later as a prison. Eventually it is hoped it will become part of the Bermuda National Museum.

The next two cards are from the Bahamas, a land of complete relaxation and comfort. On the first we see one of the fast ferries operating between the islands along with a local lighthouse. 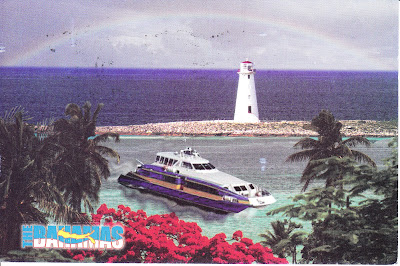 There are a couple of 2012 stamps used on this card.  They are part of a large set of 16 definitives featuring Marine Life. The two shown are the Christmas Tree Worm and the Green Moray Eel. 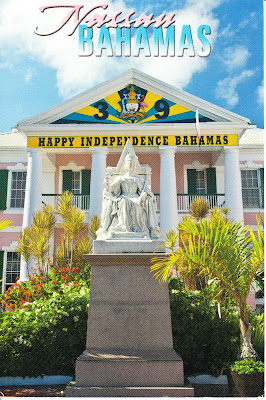 The second Bahamas card celebrates the 39th anniversary of that country's independence. However do take note that the Bahamas did indeed celebrate it's 40th Anniversary of Independence on July 10th of this year. The marble statute shown is of Queen Victoria. It was placed in Parliament Square, Nassau on May 24, 1905.

The final card for today is from Barbados. On it we see Codrington College, located in the Parish of St. John. It is the oldest theological college in the Western Hemisphere. It was opened in 1745. 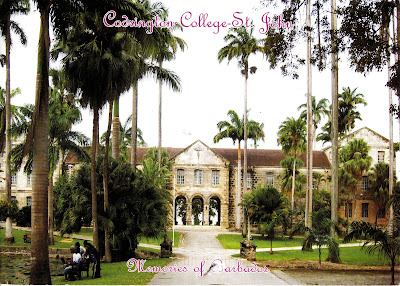 The 2 stamps are part of a set of 16 definitives issued in 2011 all featuring Fruits. 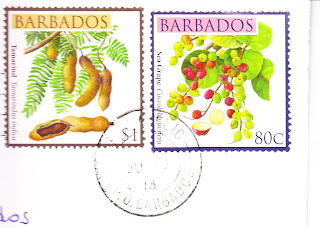 That's my update for this time. Thanks to Jean Pierre for all these cards. Next time it's more cards from other postcards friends. Be sure to tune in. Take care.

Johan's Day on My Blog

Today is Johan's day here on my blog. All the cards for this update are compliments of Johan. He was on a recent trip to Italy . I have 4 cards from Italy and 1 from Switzerland for today. Obviously Switzerland was on his way, so let's start with that one. 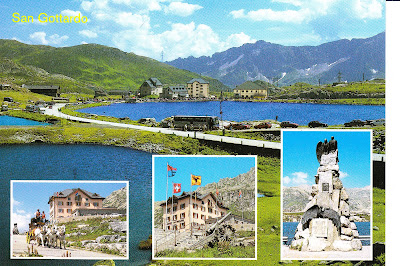 This first card shows Gotthard's Hospice and Museum , located at Gotthard Pass, a high mountain pass in Switzerland between Airolo and Goschenen, connecting the German speaking part of the country with the Italian speaking part. 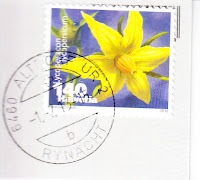 Card # 2 is showing a couple of the old buildings in Perugia. This city is the capital of the region of Umbria in central Italy. It is 164 km from Rome. 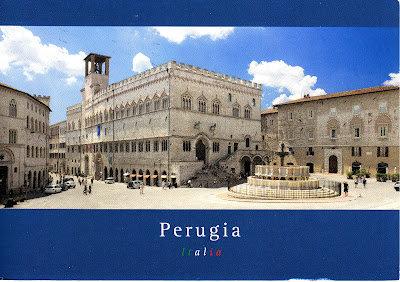 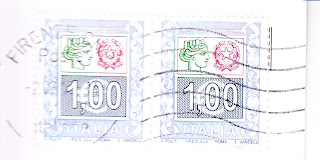 Johan's 3rd card is of the very beautiful town of Assisi, City of Peace. It is located in the province of Perugia.It was the birthplace of St. Francis. 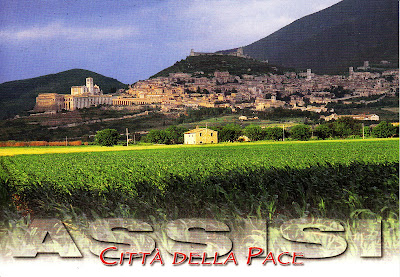 The stamp on this one is from a 2009 set of 4 self adhesive definitives. 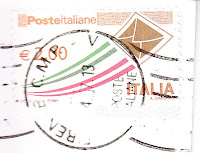 Cortona is featured next. It is a town in the province of Arezzo, in Tuscany, Italy. Cortona is a town that kept its medieval character. It is located on a hillside and the streets are narrow and steep. 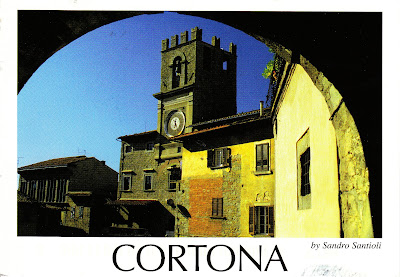 Same stamps as on the Perugia card above.


Here's the last card for this time. It shows us the Palazzo dei Consoli in Gubbio , a town in the far northeastern part of the province of Perugia. The medieval building was built between 1332 and 1349. 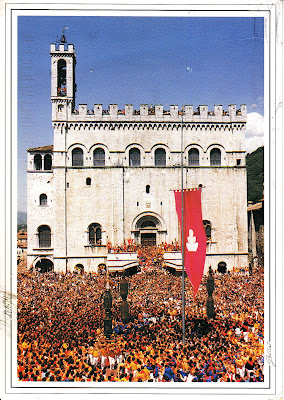 The stamp on this one is the same as on the Assisi card , shown above.

So there you have it, Johan's cards. Thank you so much Johan, I really appreciate you thinking of me while on vacation  and sending theses cards along. You can visit Johan's postcard blog here .

Thanks for reading. I'll be back next time with a selection of cards sent by Jean Pierre. Be sure to tune in as he does get around.

Posted by Gem from Airdrie at 9:17 PM No comments:

Postcrossing's 8th and A Few Cards and 111 Swiss People

Hello again, it's been quite a while. No, I haven't been away, just been away from my computer. I decided to take a little break from the computer and see how it went. Let's just say emails build up fast. Enough about that.
Today, July 14th, 2013 is Postcrossing's 8th birthday. Postcrossing went live on July 14, 2005 and since that day, 18,167,318 postcards have been received by 418,236 members in 215 countries. As I write this, 446,689 postcards are actually in the mail to members. I became a member on March 9th, 2006 and have received 1,796 postcards as a result. So, it's hats off to Postcrossing. If you are interested in postcards, give it a try, you won't go wrong. Check it out at www.postcrossing.com   .

Now for a few cards, since that's why you're here.

Bermuda is up first. A lovely place if I do say so, I loved our time there many years ago. Jean Pierre's card shows St. Peter's Church in St. Georges's, Bermuda. It is the oldest surviving Anglican Church in continuous use outside the British Isles. 2012 marks the 400th year since the founding of St. Peter's Church. On 18 March 2012, the Queen ( Elizabeth II ) granted St. Peter's, the title Their Majesties' Chappell. 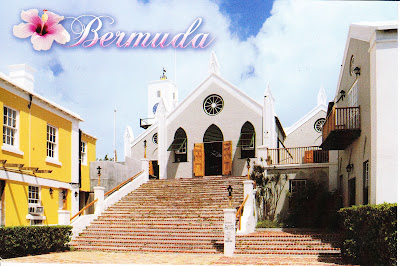 The stamp that Jean Pierre used also commemorates St. Peter's Church. It is 1 of 4 in a set issued in 2012. 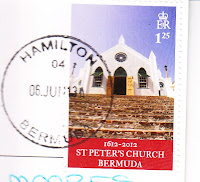 My second card for today comes from Belgium and was sent by Johan. It shows 2 prop engines and part of a wing of an old Sabena aircraft from the past. Take a look at the old helicopter in the background between the 2 engines. 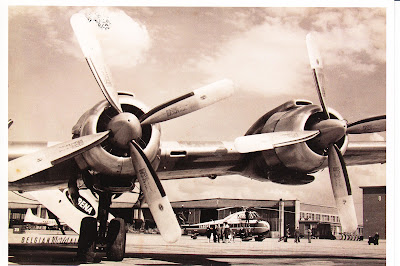 Johan used a couple of very interesting stamps here. They are heat sensitive and can change their appearance quite dramatically.  They were issued this year and are 2 of 5 in a very attractive souvenir sheet commemorating 100 years of weather reports at KMI. Take note of the fine cancel on the stamps, it is very similar to the stamp design.

Next we have a card from Christmas Island , the Australian Territory in the Indian Ocean.   Christmas Island is famous for its red crabs, one of 14 species of land crabs that live there. During the wet season, tens of millions of red crabs migrate to the sea to spawn, releasing their eggs in the sea. Culverts have been built under roads to allow the crabs to pass safely below the traffic. Don's card gives you a look at a bunch of them making their way under the roadway. 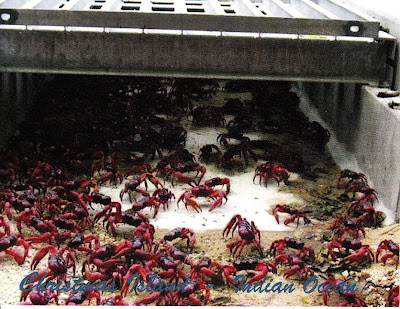 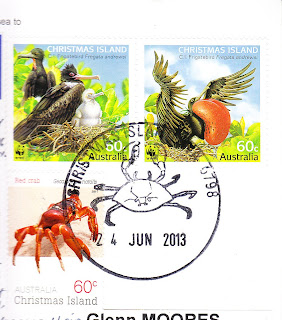 Don used 3 wonderful stamps . The 2 stamps on top are from a set of 4 WWF Frigate Birds issued in 2010. The 3rd stamp is 1 of 4 in a set  featuring Crabs , issued in 2011. Also, note the fine postmark cancel on the stamps  featuring a crab.

Here's today's last card. It comes from Pia, a Postcrosser in Switzerland. It is an ad card for Surselva Brau, a brewpub in Flims, Switzerland. I guess there are many ways to look at a stein of beer. 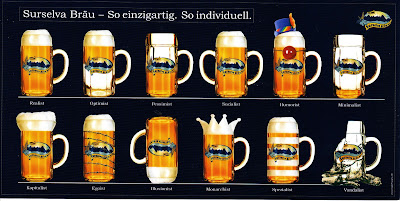 Pia used a number of different stamps to send her card on its way. Here they are. 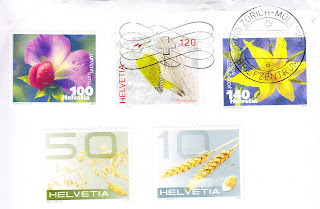 I was lucky enough to receive something else from Pia, and a big Thank you goes out to her for it. She sent a sheet of 6 of the new Swiss stamp issued in March of this year. It's the stamp featuring the portraits of 111 Swiss people. The 111 people featured on the stamp took park in an online competition by uploading their photo and hoping for the best. I think it's a great looking stamp and gave a lot of common people like me or you a chance to be on a stamp, something that doesn't happen very often. So, here is the sheet from Pia. 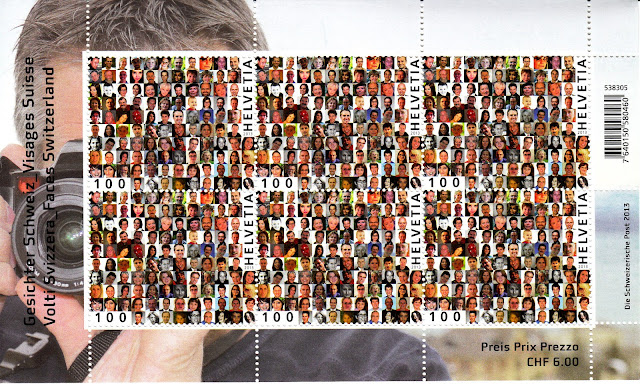 Many thanks going out to Pia, Jean Pierre, Johan and Don.

So that's the blog for this time. I will try to get another update here very soon.
Take care, thanks for not forgetting me and for dropping by. If you have a comment, feel free, I love to read them.

Opps, I messed up a bit here. Today is July 13th not the 14th as I mentioned above when writing about Postcrossing's 8th anniversary. Oh well, better to be early than late . So, Happy Birthday to Postcrossing, tomorrow, the 14th of July.

Posted by Gem from Airdrie at 1:40 PM No comments: