A Christmas Themed Postcard, and a few that aren't

Well today is the 14th of December , Christmas is getting closer with every day that goes by. Just today I received my 2nd Christmas themed postcard. I received the first one a couple weeks ago, from Johan. The one today is from Gerda in Belgium. Christmas themed postcards are really hard to find in these parts, unless you come across some old ones that someone is selling. Anyone receiving a Christmas postcard from me will know that I had to improvise. Anyway I was happy to find Gerda's and Johan's cards in my mail. 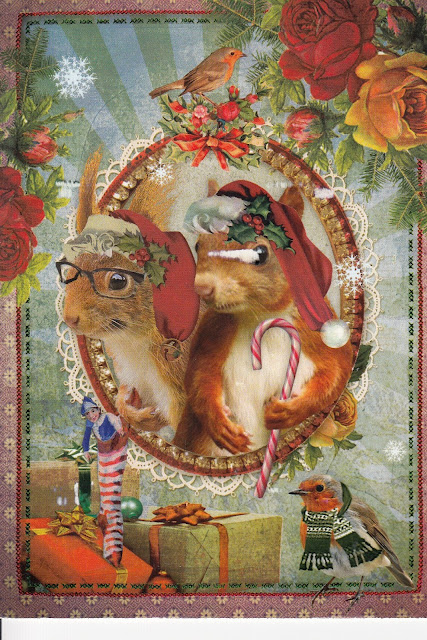 Gerda used 2 of this year's Christmas Stamps. Both show a lit Christmas Tree. 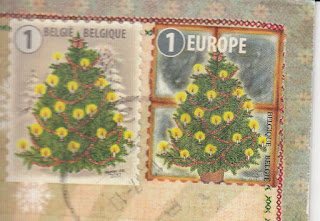 Today's second card arrived from Germany. It shows a portion of the Reichstag, in Berlin. It opened in 1894 and was renovated from 1961-64 and again in 1992. 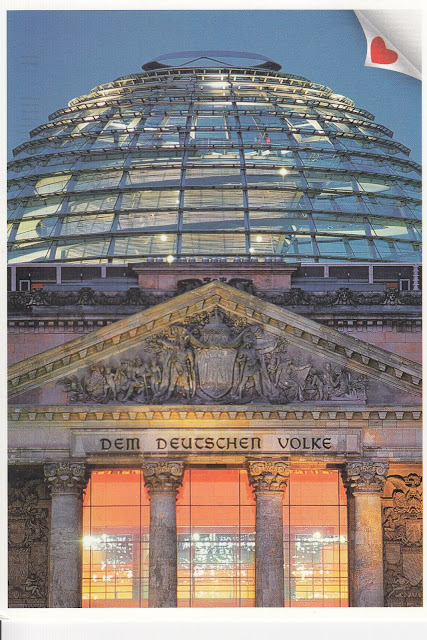 This is a Postcrossing card and as such Tobias used a number of Flower definitives along with 2 Tourism stamps from 2017. These 2 are from the Germany's Most Beautiful Panoramas issue. 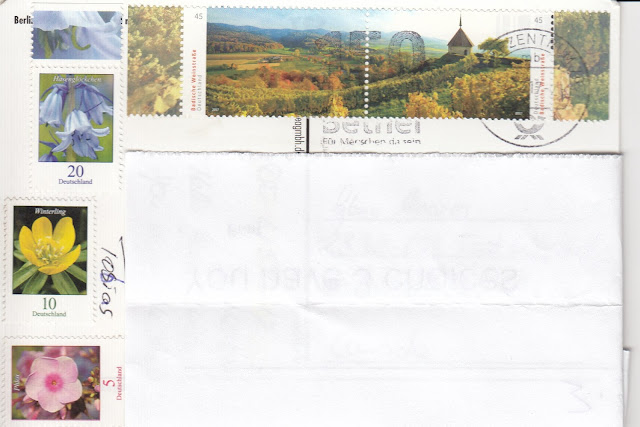 Here's another Postcrossing card, this one from Indonesia. This one shows a Pinisi boat, a traditional two-masted sailing ship built by the Konjo tribe. UNESCO designated Pinisi boat-building art as a Masterpiece of Oral and Intangible Heritage of Humanity on December 7th of this year. 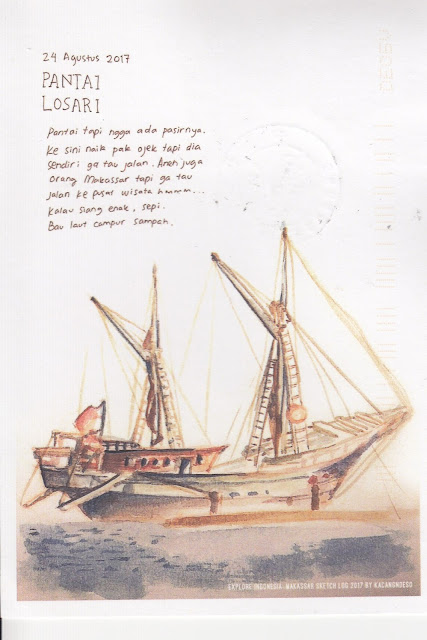 Deska used 3 different Postcrossing stamps from this year on this card . 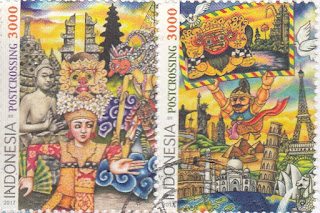 Still waiting for Canada Post to issue a Postcrossing stamp. I won't hold my breath on that one.

Hey train card collectors. The last card for today is a train card from Germany. It is the Brocken Railway, one of three tourist metre gauge railways in the Harz Mountains of Germany. 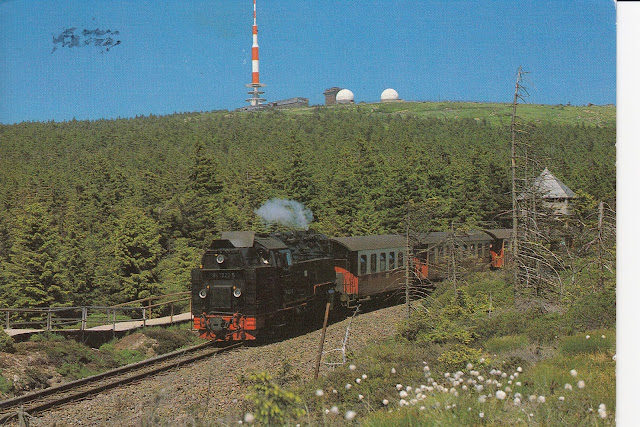 Birgit used a Flower definitive along with a 2016 stamp commemorating the 1200th Anniversary of Munsterschwarzach Abbey. 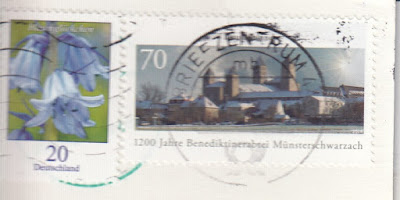 Well, that's all there is for today. Thanks for cards going out to Gerda, Tobias, Deska and Birgit.
Later .
Posted by Gem from Airdrie at 3:27 PM