Yes, I know it's late. Christmas has come and gone, Winter arrived, the New Year arrived , and I went and came back. Much has happened since my last update way back on Dec 16th, 2015. I flew east , first to Calgary for a couple days , then onto Newfoundland for Christmas and the New Year. This marked the first time in 38 years that I was actually away for Christmas. Then back to Calgary for a couple more days and then on to home, here on Vancouver Island. So we covered the whole country , from one island off the west coast  to another island off the east coast and back. That's more than 4,500 km one way.

There were lots of great postcards in my mail box on my return. Which to start with is the problem. Guess I;ll just dig in and hope for the best. Before I do though, just want to say that I received 366 cards during the past year , for a grand total of 4,022 .  366 cards is not bad at all, averaging 1 card every day of the year.
I added just 1 new country this past year, Guinea, but also added my first card sent from Easter Island. That's almost as good as a new country.

Let's start the New Year off  with cards sent by Jobbo. They arrived from Thailand and Taiwan.
This first card shows 2 stone lions , Gate Guardians, at the door panels of the Cloister at the Grand Palace. 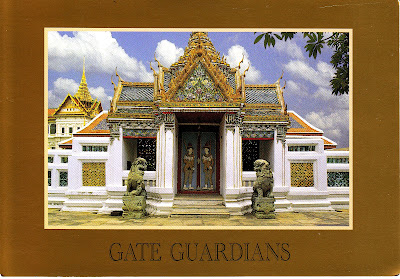 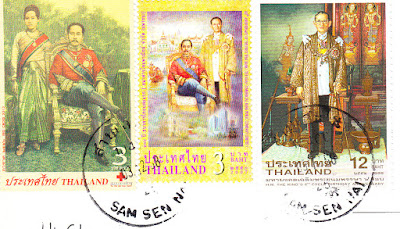 There it is  - a Great start to the New Year.

The next 2 cards were sent by Jobbo from Taiwan. First is a card from Chiufen. This is a small touristy town built into the side of the hills going inland from the ocean. It is close to Taipei and offers spectacular ocean views. 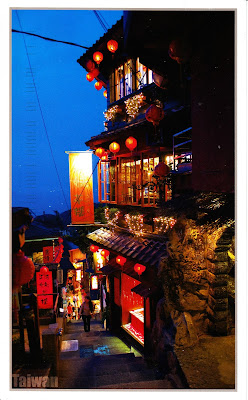 Jobbo's second Taiwan card is from Taichuang, an industrial city on the western coast of central Taiwan. His card shows a scene from the Tri Mountain National Scenic Area. 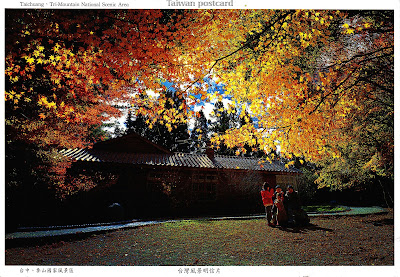 More beautiful stamps - what can I say, Jobbo's cards always arrive with great stamps. These 2 bird stamp are from a 2013 set of 5 issue to highlight the Quing Dynasty. In my opinion, for what it's worth, I rank this set of stamps very near the top as the most beautiful stamps out there. Like I said- just my humble opinion, as I've only collected for over 50 years. 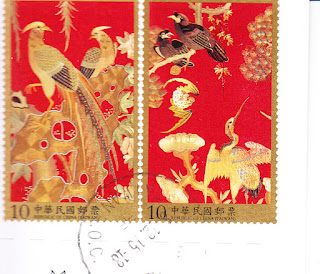 It's more Jobbo again---
For you royalty nuts out there - here's His Majesty King Bhumibol Adulyades. 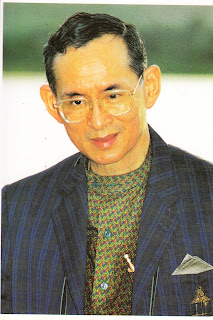 And , as if not to be outdone by the card, all 3 stamps feature H.M. The King , too. On the left is 1 of 6 in a 2006 set commemorating the Royal Diamond Jubilee. In the middle is a rather unique stamp. It was issued in 2010 and shows the King holding rice plants. Also attached to the stamp itself is an actual real rice seed. The stamp on the right is one celebrating The King's 86th Birthday ,in 2013.

You may have noticed that I wrote " rather unique " regarding the stamp with the seed. It is indeed  not the only stamp issued with a seed. In addition to Thailand, Trinidad and Tobago, Austria, Spain, Singapore, Belgium, Morocco, France, Netherlands, United Arab Emirates and Jersey have all done the seed thing.

Jobbo's last card for this time is a new addition to my Aircraft on Postcards collection. It is a Boripatra
( pronounced  as Boripat ) . It was a light bomber built by the Royal Siamese Air Force Aeronautical Workshops. It's first flight took place on 23 June 1927. Less than twelve Boripatras were built. Today, two replica Boripatras are displayed at the Royal Thai Air Force Museum in Bangkok. 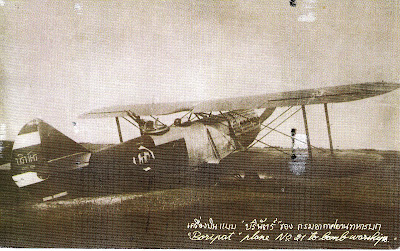 We have 2 stamps on this card. On the left is an Aviation themed stamp from 2012. It is 1 of 8 in the set commemorating the 100th Anniversary of The Royal Thai Air Force. Stamp # 2 was issued in a set of 4 back in 2001 featuring Buddha. 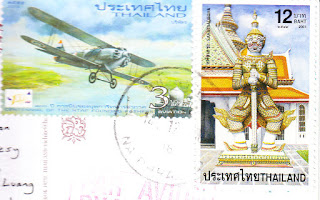 There  you have it , my first update for 2016. All thanks to Jobbo. He asked on one of his cards if I was getting tired of his cards from Thailand. Here's your answer--- NO. And I just love the stamps , my Thai stamp collection is growing by leaps and bounds.
I'll be back soon with more great cards . Be sure to drop by and check it out. .
Posted by Gem from Airdrie at 7:06 PM