A Tram, Golden Ring of Russia, Madagascar and the T.A.A.F.

It is that time again, time for another blog update. You can see by the update title, it's going to be somewhat of a mixed bag . I have cards today from Hong Kong, Russia, Madagascar and The T.A.A.F.

The first card is from Hong Kong and gives us a front on view of the Peak Tram, in service since 1888. 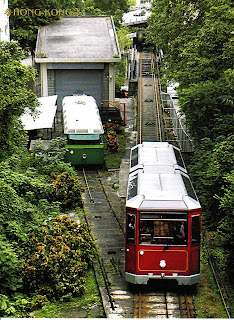 The stamp used is from a 2006 set of 16 definitives showing birds. 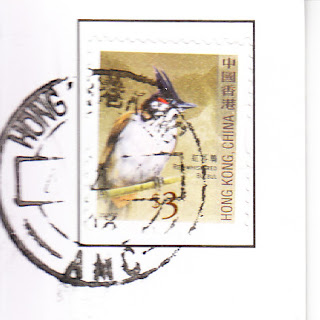 My second card today is a Postcrossing card from Russia. It shows a part of the town of Souzdal, one of the cities and towns that make up The Golden Ring of Russia. 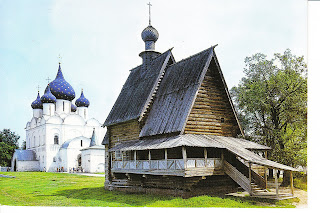 These towns preserve the memory of and record many events in Russian history. The towns feature many monuments of Russian architecture of the 12th - 18th centuries , and are home of many Russian onion domes as shown on this card. Galina used two stamps including , on the left, a Europa issue from 2010 and on the right, a 2009 stamp , from a set of 4 featuring local costumes. 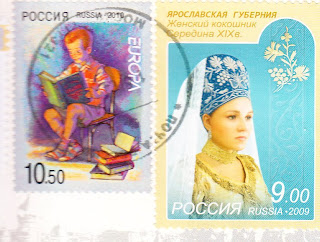 Now for a card from Madagascar. It was postmarked Manakara Sud on April 18th. On it we can see a lemur , of which there are many in Madagascar. 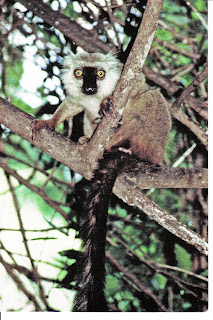 I have no idea who this card is from. It is unsigned and there is nothing written on it . The stamp on the right was issued in 2005 and is 1 of 2 issued marking 30 years of medical cooperation between China and Madagascar. The flower stamp was issued in 2010. 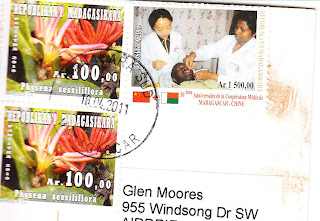 My next 3 cards are all from French Southern and Antarctic Lands, T.A.A.F. All three are from David, a frequent contributor of cards from strange and faraway lands. On the first card we see a bunch of King Penguins, the world's second largest. 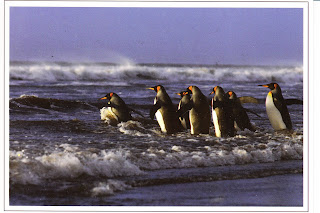 David's second card , another view of a King Penguin, is postmarked at Alfred Faure, Crozet Islands on 10 March. 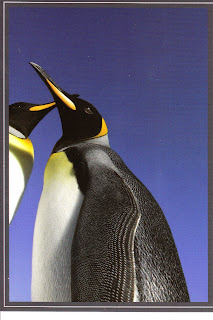 Alfred Faure is a permanent French station on Ile de la Possession of the Crozet Islands. Of special importance , near the center of the card, is the hand stamp reading "Posted at sea ". 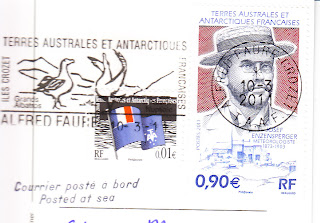 I will go out on a limb here and suggest the card was posted aboard the Marion Dufresne, an oceanographic research vessel that visits the island a few times a year. Then I guess it was brought to the island for the postmark. If that is not correct, I hope David will enlighten me. The large stamp on the right was issued in 2011 and honors Josef Enzensperger.

The final card from T.A.A.F. gives greetings from Ile Amsterdam and is postmarked at Martin De Vivies, St Paul, Amsterdam on 23 March. 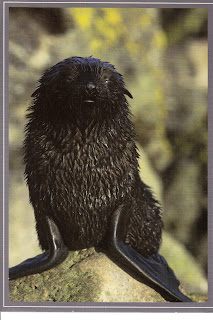 The large stamp on this one was issued 2011 and shows us what Martin De Vivies base looks like.

That's about it for this time, almost. Thanks to David for his cards, to the 2 Postcrossers and to the unknown person for the Madagascar card. If you want to step forward and accept credit and thanks for you card, please do so with a comment .

Finally, a small bit of housekeeping. I like to keep my monthly postcard reports on the record
so, for

The End. Thanks for reading

New Countries 0
Posted by Gem from Airdrie at 3:21 PM