The Gleaners, The Yellow Train and Azores Airlines

Hello again. A great day for blogging today - it's snowing and -2C.  This is the first day the ground is white. We had light flurries a while ago but nothing stayed. I'm sure this new snow won't last long with temperatures of 8, 9, and 12 in the next few dates. Enough weather , on to postcards.

My first card is from France and gives us a look at the Yellow Train of Cerdanya. Opening in 1910 this train has been crisscrossing the heights of the Pyrenees-Orientales for over a century on a route of more than a thousand meters of vertical drop. Its route runs for over 63 km and includes 22 tunnels. Riding this train , you will pass through Bolquere, the highest station in France at 1593 meters. You'll also get to see the Sejourne Viaduct as well as the last suspension railway bridge in the country, the Pont Gisclad. 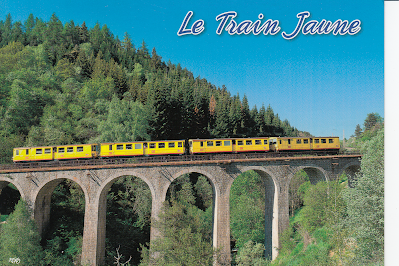 Dominique used a nice stamp from 1972. It was issued to showcase the Olympic Games of Munich , Germany. 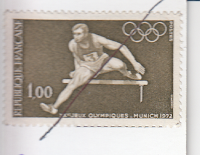 A great stamp but ruined forever by the Great Stamp Defacer ! What a sad commentary on the postal service of whatever country is responsible. France, I believe you are the guilty one this time.

Today's second card , compliments of Jean Pierre,  shows a couple of aircraft from Azores Airlines SATA International. Azores Airlines is a Portuguese airline based in Ponta Delgada, Azores. The airlines first operated in 1994 under the name of OceanAir.  Azores Airlines originally operated Airbus A320s , A330s and B737s. They now only operate A320s and A321s. 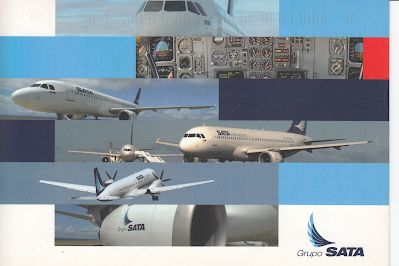 There's a nice Bird stamp on this card. It is 1 of 5 in a set issued this year showcasing Hunting In Portugal. 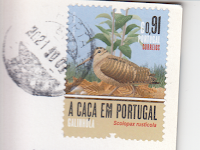 Card 3 is from Germany. Isa sent a nice art card. It depicts an oil painting by Jean-Francois Millet completed in 1857. " The Gleaners " depicts three peasant women gleaning a field of stray stalks of wheat after the harvest. This painting is more than a mere depiction of rural life. It is also a harsh social comment on the poor, peasant classes, reduced to labouring over the slim pickings left by the rich. 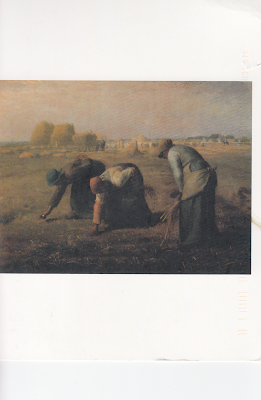 Isa used a Flower definitive along with a larger stamp from this year. It is 1 of 2 issued to celebrate the Nibelungen Saga. I'll leave it to you to look that one up.

Well that's three cards and my limit for today. Thanks to Jean Pierre, Dominique and Isa for their cards this time around.

For quite some time now I have ended with something about the pandemic. It's the mask again today.

Please mask up in indoor spaces such as restaurants and offices--even when it's not required. Carry a mask with you. Bring a clean, unused one in a closed, sanitary container for a friend in need. Or, a stranger.

Posted by Gem from Airdrie at 7:33 PM