Carrancas, The Mighty Churchill, Hohenschwangau, Air Malta, and The Govenor's Palace in Metz

Hello once again. Today's cards will showcase 3 buildings , an aircraft and The Mighty Churchill. The first building is the Carrancas train station. Carrancas is a city in Brazil and the train station is located about 15 km outside the city. The station was built in 1903 and trains stopped at the station until 1995. 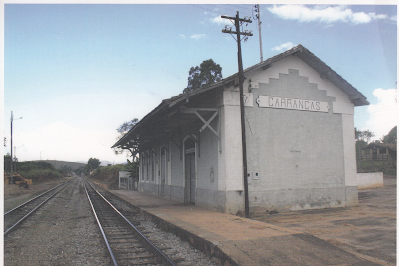 Diego used a Rio Olympic stamp from 2015. It is one from a mini-sheet of 20 different stamps showing different sports. Badminton is represented on the stamp on the card.

My next card is the latest addition to my Towns of Newfoundland and Labrador postmarked cards. Churchill Falls is located on the mainland portion of the province of Newfoundland. Churchill Falls exists because of the mighty Churchill Falls and the huge power project that was built there. The power plant is the 10th largest hydroelectric underground power station in the world. The plant's power house was hewn from solid granite 300 metres underground. It is 300 metres long and as high as a 15 story building. The cost of the project was almost a billion in 1970 Canadian dollars .

The town of Churchill Falls is a company owned town. If you live there, you work there, if you don't work there, you can't live there. Just about everybody works at the power plant or in town services. Most of the town amenities are found in one building - the Town Centre. The school, curling rink, gymnasium, library, grocery store, theatre, pool, post office, restaurant, and hotel - all under one roof.

My card shows Churchill Falls as it looked before the power project. 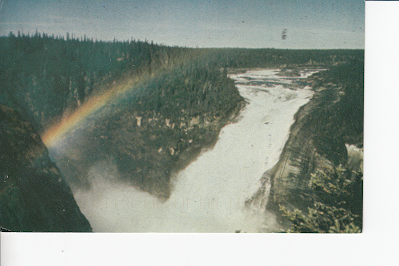 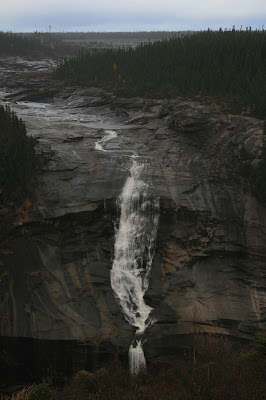 Doesn't have quite the same magic !

I received this card from the Postmaster at Churchill Falls and it arrived with a 2009 stamp showing the Silver Dart. It commemorates the 100th Anniversary of the First Flight in Canada.

Now here's a card showing Hohenschwangau, a castle built in 1832 in southern Germany. It was badly damaged over the centuries and rebuilt around 1832 by King Maximilian II of Bavaria. . Here is the next addition to my Airlines & Aircraft on Postcards collection. It`s an Air Malta A319 , shown landing at London ( LHR ) in November of 2012. Registered as 9H-AEM it had its first flight in January of 2005. It flew with Air Malta until February of 2017. In April of 2017 it started service with Volotea  Airlines under a new registration. 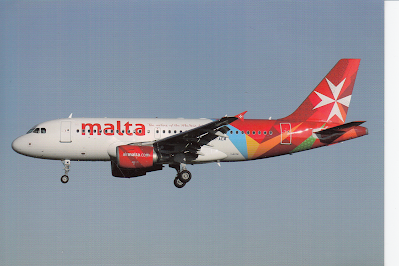 Jean Pierre used 2 great stamps on this card. They are 2 of 10 in a 2019 sheet showing Maltese Festas.

Here`s my last card for this time. It`s from France and shows the Governor`s Palace in Metz. The city in the northeast of the country has a 3000 year history. In Metz you can find the oldest working opera house  and the oldest church in the country along with the largest expanse of stained glass windows in the world. The Governor`s Palace was built between 1902 and 1905. There are 31 living rooms and 70 other rooms. 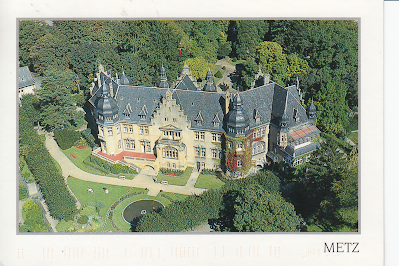 Dominique again used a 1972 stamp on this one. It commemorates the 150th Anniversary of the Translation of Egyptian Hieroglyphics by Jean-Francois Champollion.

There you have it. Another update complete. Thanks for these cards go out to Diego, Churchill Falls Postmaster, Dominique and Jean Pierre. I wouldn`t be doing this without people like you guys.

Covid is still with us so do whatever you need to , to stay safe. Take care.

Posted by Gem from Airdrie at 1:32 PM