Hello again, I'm back with a few more cards . Let's start with this multi view of Luxembourg Airport. Luxembourg Findel Airport is the only airport in the country with a paved runway. It has about 85,000 aircraft movements per year and in 2015 it handled 2.6 million passengers. Luxair and Cargolux have their head offices on the aircraft property. On the card we can see a Loftleider Icelandic jet , an Air Bahama jet and a LX-LGE , a Luxair Caravelle dating from the 1970s. 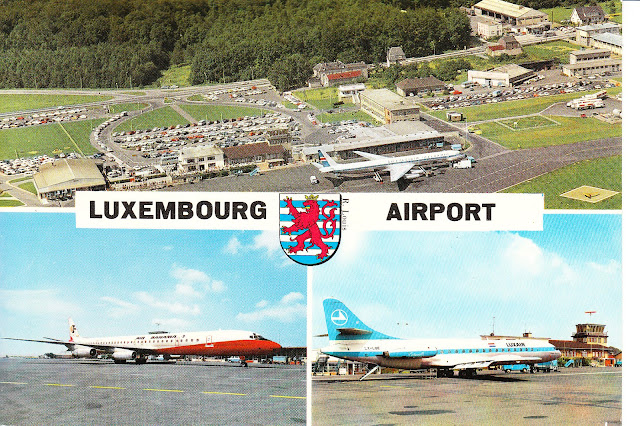 Meelis used a fine selection of stamps on this card. On the far left is a 2010 definitive of H.R.H. Grand Duke Henri. The 2 stamps at the top were issued in 2009 to celebrate 100 Years of Luxembourg Aviation. Lastly, the stamp at bottom center was issued in 2015 and is 1 of 3 in a Vegetables set. 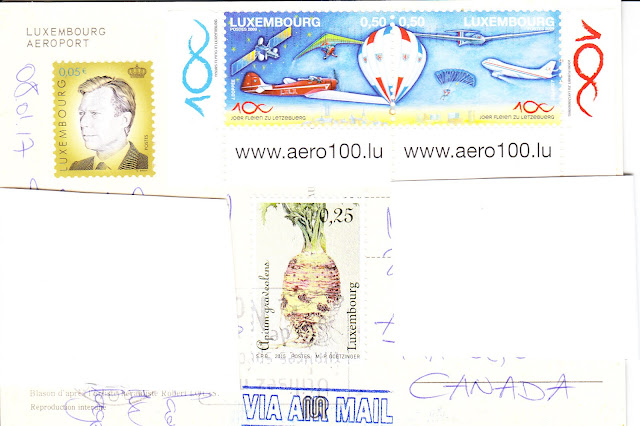 My next card is from Germany and showcases the water tower in Neverin, a small town of about 1,100 in NE Germany. 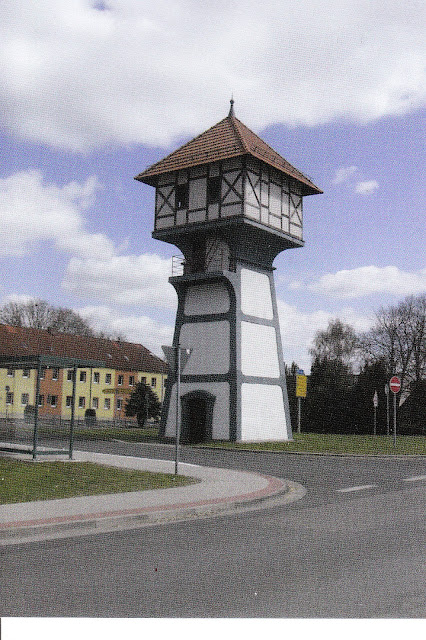 This is an official PostCrossing card and the sender used a new 2017 stamp about the Herzog Anton Ulrich Museum. The stamp is from a set of two and shows Johannes Vermeer's " Das Madchen mit dem Weinglas ",  the most famous exhibit in the museum. 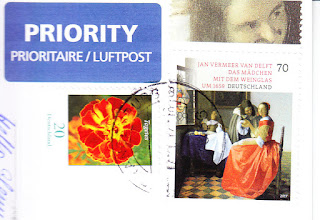 Now I have a card from Jakarta, Indonesia. On it we see an old time resident of Bali. I would think she has seen a lot in her time. 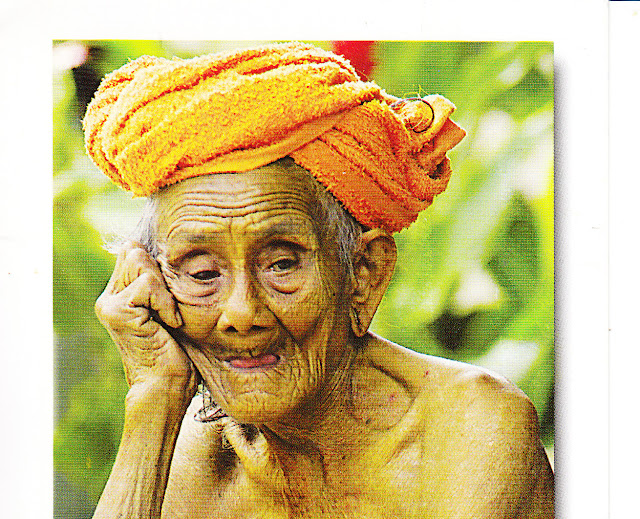 It's movie time next. A movie poster postcard from 1951. It's for director Luis Bunuel's Susana, starring Rosita Quintana as Susana. I haven't seen Susana but I have read that it was a really good film and said by many to be " one of the greatest films of all time " . I guess you'll only be able to verify that by seeing the movie. 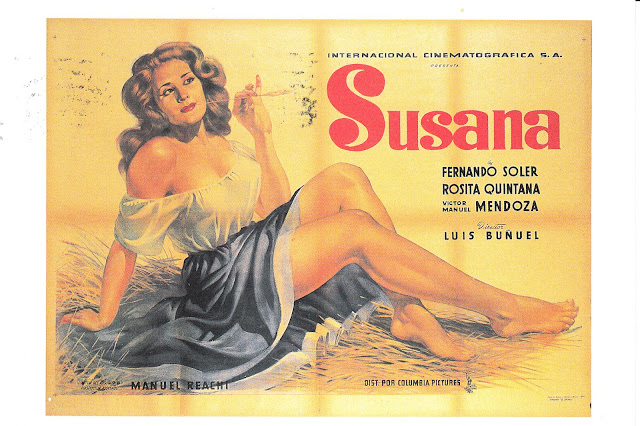 Liz from Brooklyn, NYC sent this card and used 3 of the recent 2016 Forever,  Classic Era stamps. They were issued in a set of 6 different.

Now we have a 1992 picture of Orenburg Tsentralny Airport, located 25 km east of Orenburg.
Orenburg is the administrative center of Orenburg Oblast and lies on the River Ural, approximately 1,500 km southeast of Moscow. Its geographical location is in the boundary of Europe and Asia. 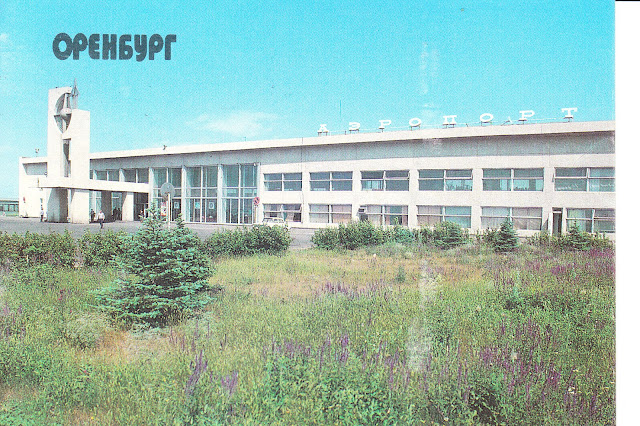 Yuliya used a couple of the 2009 Kremlin Building stamps, which I have showed many times before.


Today`s last card arrived from Kenosha, Wisconsin, in the U.S. As the card indicates, apparently Helen ran out of funds. Enough said. 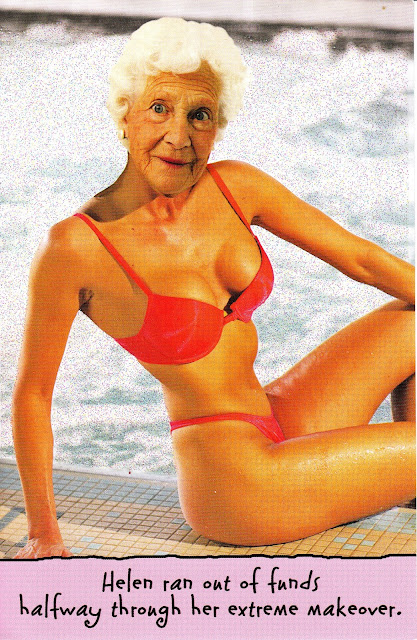 This is a card used for a PostCrossing Meetup Event held at Lake Forest , Illinois , USA on January 1st, 2017. Sadly, I hear the attendance was very poor ! Now the stamps - on the left is a Penguin Additional Ounce , self adhesive Forever stamp. In the middle is a 2016 Love , Forever stamp. On the right, a 2014 Harvey Milk stamp.

There you have it. Another update put to rest. Thanks for cards today go out to Meelis, Titi, Liz, Yuliya.

Now before I sign off , I have some good news. If anyone out there read my rant in my Jan 7 update, here`s a follow-up. Today I received some of those long lost or missing postcards. Arriving today were 3 cards from Thailand and 6 from Viet Nam. That was good. Now I have some faith that the others will arrive soon.
If you look closely, you might even see a big smile on my face.
Posted by Gem from Airdrie at 2:59 PM