The first three days of this week has brought a number of postcards, including another new country in my collection. Christmas Island is new country # 191 . I will get to that in a bit.
First up today is a card from Amersfoort, The Netherlands. Amersfoort is a municipality and the second largest city in the province of Utrecht in The Netherlands. The city's population in January 2007 was 139,017. The scenes on the card show some old sites from the historic city centre and the recently built train station. This card was sent by Postcrosser Caatje. 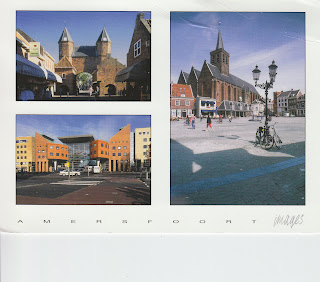 My next card is from Kaohsiung City , Taiwan, Republic of China. It was sent by Wu Wei Yi , who wrote that she reads my blog and is impressed by it. She hopes that the card will enrich my collection and I am sure it does. Kaohsiung City is a city located in southern Taiwan. It is also the most dense and second largest city in Taiwan, with a population of 1.51 million.
Kaohsiung is a major center for manufacturing, refining, and transportation. It is also home to a large Republic of China Navy base. Kaohsiung will host the 2009 World Games, a multisport event primarily composed of sports not featured in the Olympic Games. 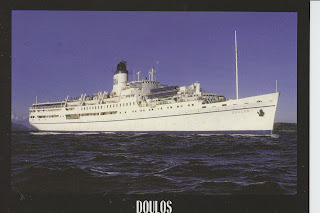 The card show M V Doulos in the waters of Papua New Guinea. The send of the card picked up the card and the special postmark when Doulos called in Kaohsiung Port last March. MV Doulos is recognised in the Guiness Book of World Records as the world's oldest active ocean-going Passenger ship, having been constructed in 1914. Doulos visits port cities throughout the world supplying vital literature resources, encouraging inter-cultural understanding , training young people for more effective life and service , promoting global awareness and providing practical aid. M V Doulos's purpose is to bring knowledge, help and hope to the people of the world. The ship is totally crewed by over 300 volunteers from Captain on down. The stamp on the card are from 1978 and 2006. The flag stamp showing the National Flag was issued in 1978. The dog stamp, 1 of a set of 4, was issued in 2006. the set features house animals and the this case it is a St. Bernard Dog. The red round postmark shows Kaohsiung Port. 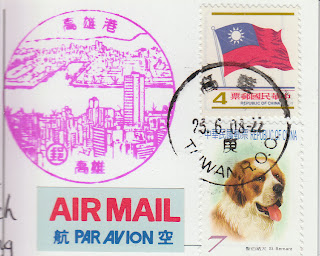 My third card today is from Christmas Island, new country #191 in my collection. That leaves 61 more to collect. The Territory of Christmas Island is a small territory in the Indian Ocean, 2600 km northwest og Perth, Australia, 500 km south of Jakarta, Indonesia, and 975 km east north-east of Cocos(Keeling)Islands. It has a population of about 800 residents. Captain William Mynors of the British East India Company named the island when he arrived on Christmas Day, 1643. 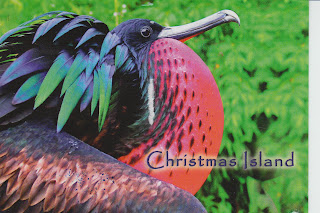 The card was sent by Mary G of The Christmas Island Resort. I wonder how many Marys are on Christmas Island.
The stamps that Mary used are part of a set of 5 issued on 10June2008 marking 50 years since Christmas Island became an Australian Territory in 1958. The three stamps show, a red crab, the Abbott's Booby and the Christmas island Spleenwort. The two missing stamps to complete the set show the Seal of the Union of Christmas Island workers and the Flag of The Territory of Christmas Island. Interesting to note is that one of the stamps is canceled with a First Day of Issue date stamp and the other two are canceled 26June2008 , the day Mary sent the card. Take note also of the special crab postmark. The face of the card shows a male Frigate with his red throat patch all inflated to attract a female.

My final card for today is from Atlanta, Ga, USA. It shows a number of athletic facilities in Atlantic. The city has major league basketball, football, baseball and hockey teams. I guess there's lots to do if one has lots of money. Postcrosser Natasha sent the card and used 3 of 5 of the new 2008 definitive stamps featuring tropical fruit. 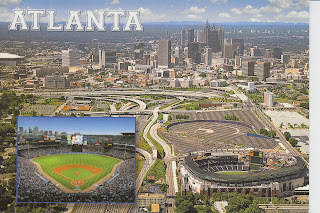 My thanks today go to Caatje, Wu Wei Yi, Mary G, and Natasha.

More tomorrow I hope.
Posted by Gem from Airdrie at 9:54 AM