A 2nd Christmas Island Card and Malaysia , Too

I found two postcards in my mailbox today. One was from Christmas Island, my 2nd card from there. This one was sent again by Mary G as was the first. See my last post for information about Christmas Island and Mary. She used 2 different stamps this time and I thank her for that. 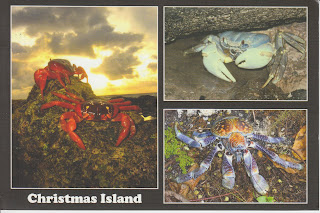 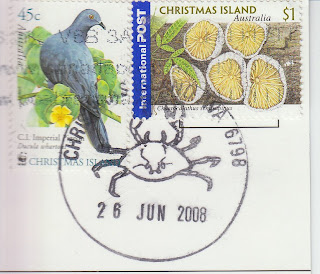 The second card is from Malaysia. It was sent by Choong Chee Yen from Sarawak on Borneo.Yen blogs on Ian's Collection and Windows of The World, see my links and visit his sites. The card shows 3 scenes from Gunung Mulu National Park , a UNESCO World Heritage Site, having been designated in 2000. It shows The Pinnacles, Lang's Cave and Melinau River. I want to thank Yen for this , it's been a while since I heard from him. Nice to know he still reads my blog, as I do his. 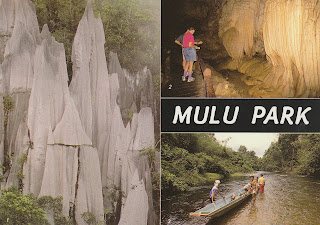 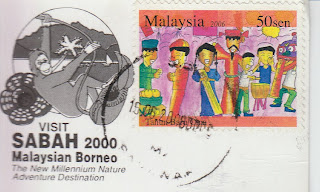 Enjoy your postcards, stamps and covers.
Posted by Gem from Airdrie at 9:10 PM