May - - Man In Space, Concorde and More

Welcome to the first blog update for May.  May is named after the Greek goddess Maia. It is also  the month that signals spring in the Northern Hemisphere and autumn in the Southern Hemisphere. By one account every day in May is a special day. Here are a couple to keep in mind - World Press Freedom Day on May 3rd, Cinco de Mayo on May 5th, National Limerick Day on May 12th and National Grape Popsicle Day on May 27th . Oh yes , we celebrate our Moms on May 9th , and yes everybody has or had a Mom.

My cards today come from France, Russia , the USA , and Belarus . First up is this look at Chateau de Puilaurens. It is one of the so-called Cathar castles in the commune of Laprudelle-Puilaurens in Southern France. This medieval fortress , built mainly in the middle of the 13th century is located at 697 metres. 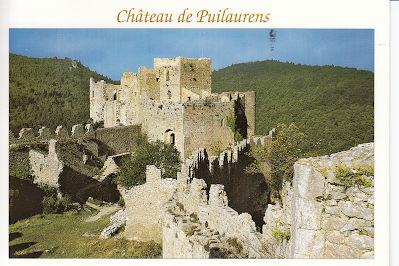 Dominique used a stamp from 1972. It shows Francois Paul de Grasse, commander of the French fleet at the Battle of the Chesapeake in 1781, the last year of the American Revolutionary War. 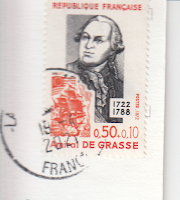 The second card for today is from Russia. It shows Yuri Gagarin, the first man in space . He flew one orbit of the Earth on April 12, 1961 aboard Vostok 1. 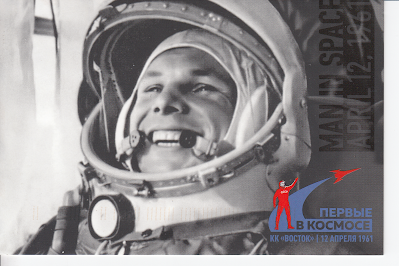 Ted used 2 stamps on his card. The small one on the left is from 2011 and shows a National Symbol - The Coat of Arms of Irkutsk. The larger stamp was issued  this year and gives us a look at Persian Leopards.

Now I have 3 cards from France and all were sent by Jean Pierre. This first one shows the Dome , Gardens and Crypt of the Tomb of  Napoleon. 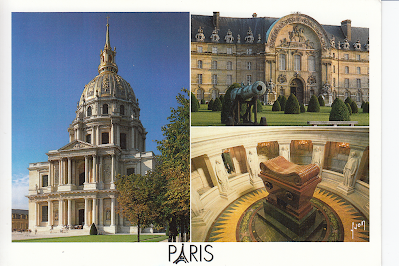 Jean Pierre used a beautiful stamp from this current year. It is 1 of 2 different stamps in a minisheet issued to commemorate the 200th Anniversary of the Death of Napoleon Bonaparte. 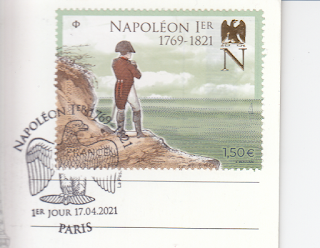 This card arrived with a wonderful First Day of Issue cancel.

This next card is a rather special one. It is a little old but but none the less only came to me last week. It shows an Air France Concorde . Registered as F-BVFA , this aircraft was delivered to Air France on Dec 19, 1975. On Jan 21, 1976 it flew its first commercial passenger flight for Air France. Its last passenger flight was on May 30, 2003 from New York to Paris. F-BVFA flew for the last time on June 1/2, 2003 from Paris to Washington Dulles. Here is the story of F-BVFA in a nutshell -- 17,824 hrs flown, 6,770 landings and 5,504 Supersonic flights. It is now retired from service at the Smithsonian National Air and Space Museum at Dulles Airport, Washington , DC, USA. Final note about this Concorde - it is in super condition and in as delivered condition. 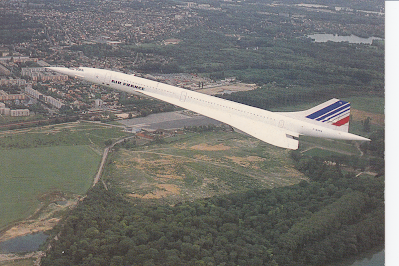 There is a stamp from 1989 on this card. It is 1 of 6 in a set commemorating the 200th Anniversary of the French Revolution.  The card received a special Concorde Mach 1 cancellation that marked  20 years of Concorde flight on Oct 1st , 1989.

One more from France and Jean Pierre. Another aircraft card. This time it is an Air Martinique DC10-30, F-GDJK pictured over Paris, Orly in May of 1991. Air Martinique was an airline based in the island of Martinique in the Caribbean. It had its head office at Fort-de-France Airport. The airline operated between 1974 and 2000. It was in 1993 that Air Martinique operated DC10-30 transatlantic service between the Caribbean and Paris Orly Airport. This aircraft F-GDJK was delivered new to Air New Zealand in 1975. It then saw service with LAM, Air Martinique, AOM French Airlines, and finally Air Lib in 2001. It was scrapped in 2004. 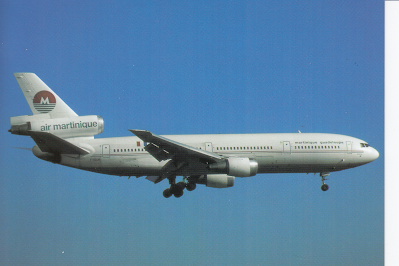 Jean Pierre used a new stamp from this year on this card. It commemorates the 75th Anniversary of the Little Prince. The stamp received a First Day of Issue cancel. 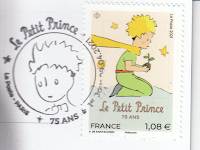 I think that is enough for this time. I will keep the USA and Belarus cards for another time.

Thanks go out to Dominique, Ted and Jean Pierre  for the cards and stamps today.

Thanks for reading and do drop in again soon.

Now my final words for today ...... wash your hands, wear a mask , keep your distance and get a vaccination when it is your turn.

Posted by Gem from Airdrie at 2:48 PM

You forgot Star Wars Day (May the fourth).