In the Time of Covid

In these unprecedented times , when so many people are dying, postcards are pretty far down the list of things that matter. But for those of us still well, and stuck indoors, maybe we can find a little distraction in them. Although travel is pretty much at a standstill worldwide, I guess a postcard can still be a little getaway and give us a few minutes of joy  in a day mostly filled with news that's not all that uplifting.
So with that in mind, let's travel today to Fiji and United Arab Emirates.
My first card this time is from Fiji but it shows a Royal Tongan B737, pictured at Nuku'olofa in June of 2000. Tonga and Fiji are 805 km apart. This aircraft ZK-NAF is 37 years old and has seen service with a number of carriers. It first flew with Air Malta in 1983, then saw service with Air New Zealand in 1994. It  was with Royal Tongan in 1999 and Sierra Pacific Airlines in 2001. Finally in 2018 it was with AVIATSA  where it is still active. 37 years is a long time for a B737- 200 series. The company I started my career with , Eastern Provincial Airways , flew 737-200s way back in 1974, when I started. 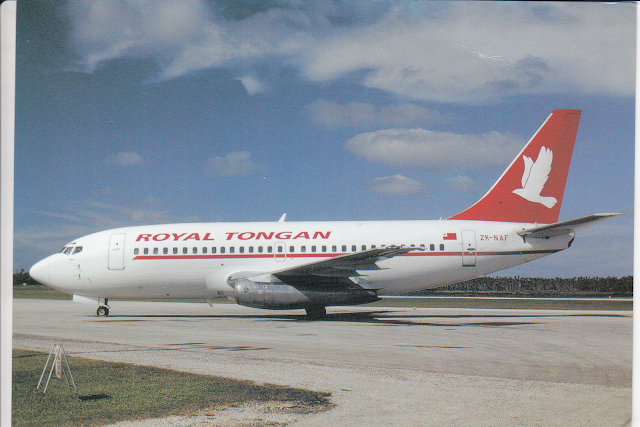 Jean Pierre used 2 stamps on this card which was posted at Nadi International Airport.
The left stamp, issued in 2013  is a semi-postal with the extra 10 cents going to the Paralympic Committee. The stamp is 1 of 4 issued for the 2012 London Paralympic Games. The stamp on the right is 1 of 4 in a set of Great Sea Reefs, issued in 2017.

A great card for my Aircraft / Airlines Postcard Collection.


Today's second card shows the Eithad Towers in Abu Dhabi, U.A.E.
This complex of five towers house offices, apartments and a hotel. Constructed between 2006 and 2011, the towers run from 54 floors in tower 3 to 74 floors in tower 2. 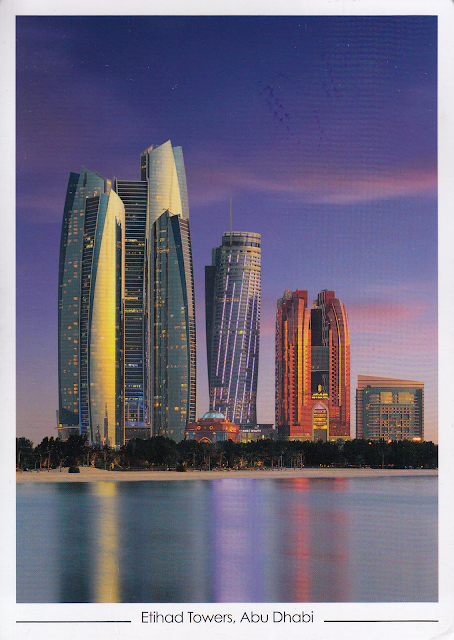 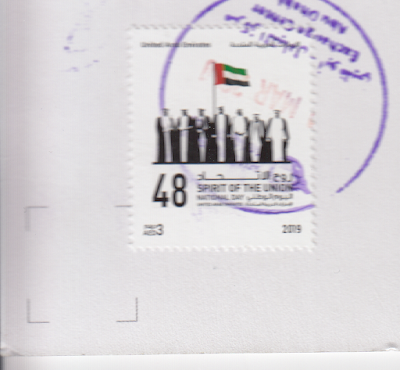 My last card for this time is another Aircraft / Airline card from Fiji. This time it's a Fiji Airways A330 shown landing at Toulouse in Feb of 2013. This aircraft F-WWKD is 7.1 years old and joined Fiji Airways in June of 2013. 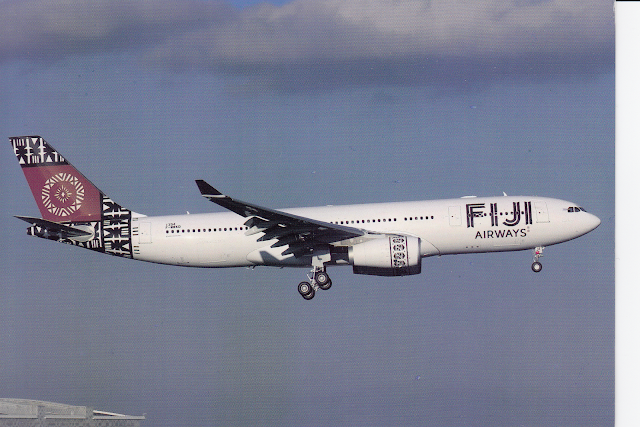 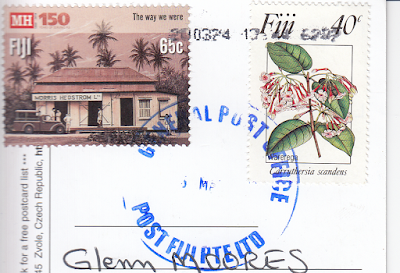 Well, that's it for this time. Thanks to Jean Pierre and Dominique for the cards. Thanks for dropping in today, and I'll be back again when some cards arrive in the mailbox.

Once again -  Be safe, stay safe.  Wash your hands, don't touch your face and stay in side as much as possible.
Posted by Gem from Airdrie at 4:04 PM