Planes, a Bridge and a Centaur

Hello again. I'm back with a few cards one more time. I want to start this time with a wonderful Aircraft / Airline postcard.  It's a Canadian/Air Canada B747 landing in Vancouver , Canada. This will be a special card in my Aircraft/Airlines Collection. I have lots of Canadian Airlines International postcards , but this is my first Canadian/Air Canada card. I have a great affection for Canadian Airlines International, having ended my airline career with them.
This particular B747 , C-FBCA first flew in April of 1992. It was in Canadian Airlines fleet until March of 2001 when it was taken into the Air Canada fleet. It also saw service with Aerolineas Argentinas and Aerosur of Bolivia. The mixed livery on the postcard was just a transitional paint job with the aircraft getting a full Air Canada livery in 2001, when the merger was officially completed.
Canadian Airlines International carried more than 11.9 million passengers to over 160 destinations in 17 countries on 5 continents at its height in 1996. It also had the distinction of being the first airline in the world to have a website on the Internet. I had the honour of working at that website and helping many customers navigate their way through it in those early days. 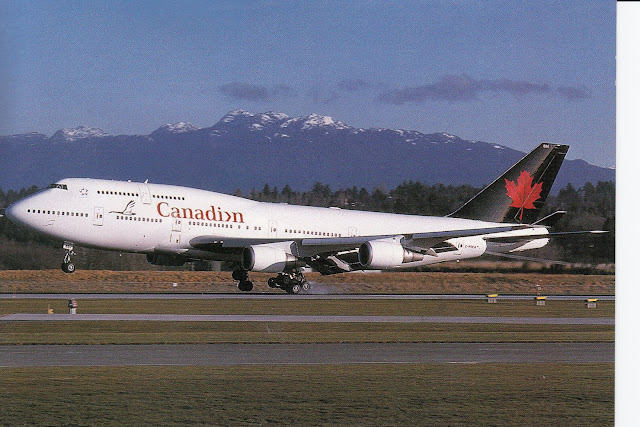 This card arrived in my mail from Canada and is from Jean Pierre. I'm sure he has an interesting story about how that happened.  The card has a couple of the Beneficial Insects definitives from 2007 and a Circus stamp from 1998, 1 of 4 in the set. 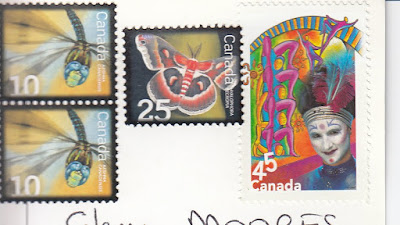 My next card is also an Aviation themed card. It's a look at Schiphol Airport in 1948.  A number of vintage aircraft can be seen on the ramp. From the left is a DC-2, then it's 2 Convair CV-240s. The middle aircraft is PH-TEA and the right one is PH-TEK.  KLM Royal Dutch Airlines operated Convair CV-240s from 1947-1954.
PH-TEA was nicknamed Adriaan van Ostrade and PH-TEK was nicknamed Johannes Vemeer.
Interesting fact about this aircraft type - a CV-240 was the first aircraft used in a US presidential campaign. In 1960 John Kennedy used a CV-240 named Caroline. Quite a leap to Air Force One today. 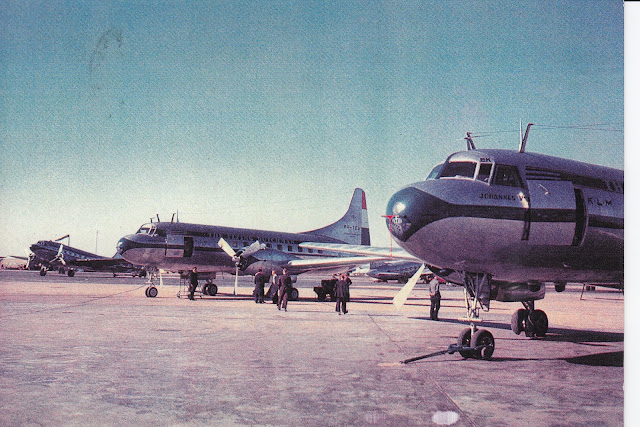 Now here's a card from Russia. It has something to do with flying but nothing to do with airplanes or airlines. Flying high above the mountains of Russia is a centaur carrying off a young nymph. A centaur is a half-human, half-horse creature from Russian folktales who possesses enormous power and speed. 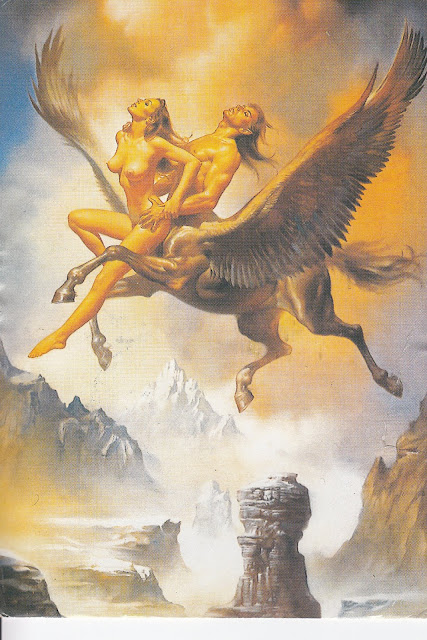 Vlad used a couple of fine stamps on his card. On the left is 1 of the never ending used Kremlin definitives from 2009. The middle stamp is from 2019 and is of the I Love Russia issue. The stamp on the right, also from 2019, commemorates the 100th Anniversary of the SVR - the Foreign Intelligence Service.

Here's my last card for today. It's from China and is a wonderful look at the Seventeen-Arch Bridge at the Summer Palace in Beijing. It connects the eastern shore of Kumming Lake and Nanhu Island. The bridge was built during the reign of Emperor Qianlong in the 18th century. Many think the bridge resembles a rainbow on the lake. 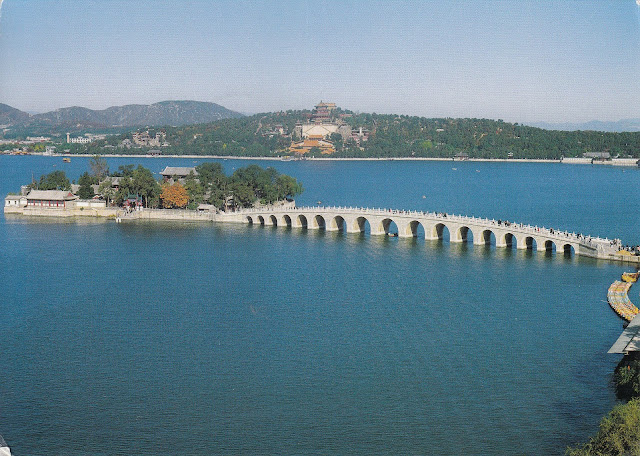 Tiffany used 3 stamps on her card and I have info on  2 of them. The left stamp  is 1 of 6  in a 2007 set showcasing the XXIX Olympiad. The middle stamp is a single issue from 2015 showing a Sailing Ship.

I think that's it for this time. Thanks for today's cards go to Jean Pierre, Tiffany, Vlad and Barbara. Also thanks to any and all who read this.
Posted by Gem from Airdrie at 1:34 PM