San Diego, Durban,Fort Ticonderoga, Horgen and a LH A320

Hello , time for another update. My cards today are highlighted in the title above.
My first card  is from San Diego and gives us a look at Balboa Park . This is a 1,200 acre urban park in san Diego. It contains open spaces, gardens, forested areas, walking paths, museums and the world famous San Diego Zoo. The park hosted the 1915-16 Panama - California Exposition and the 1935-36 California Pacific International Exposition. Even though the park dates from 1868, preparations for the 1915 Expo created much of the park's present day look . It was named Balboa Park in 1910 after Vasco Nunez de Balboa, the first European to cross central America and see the Pacific Ocean. 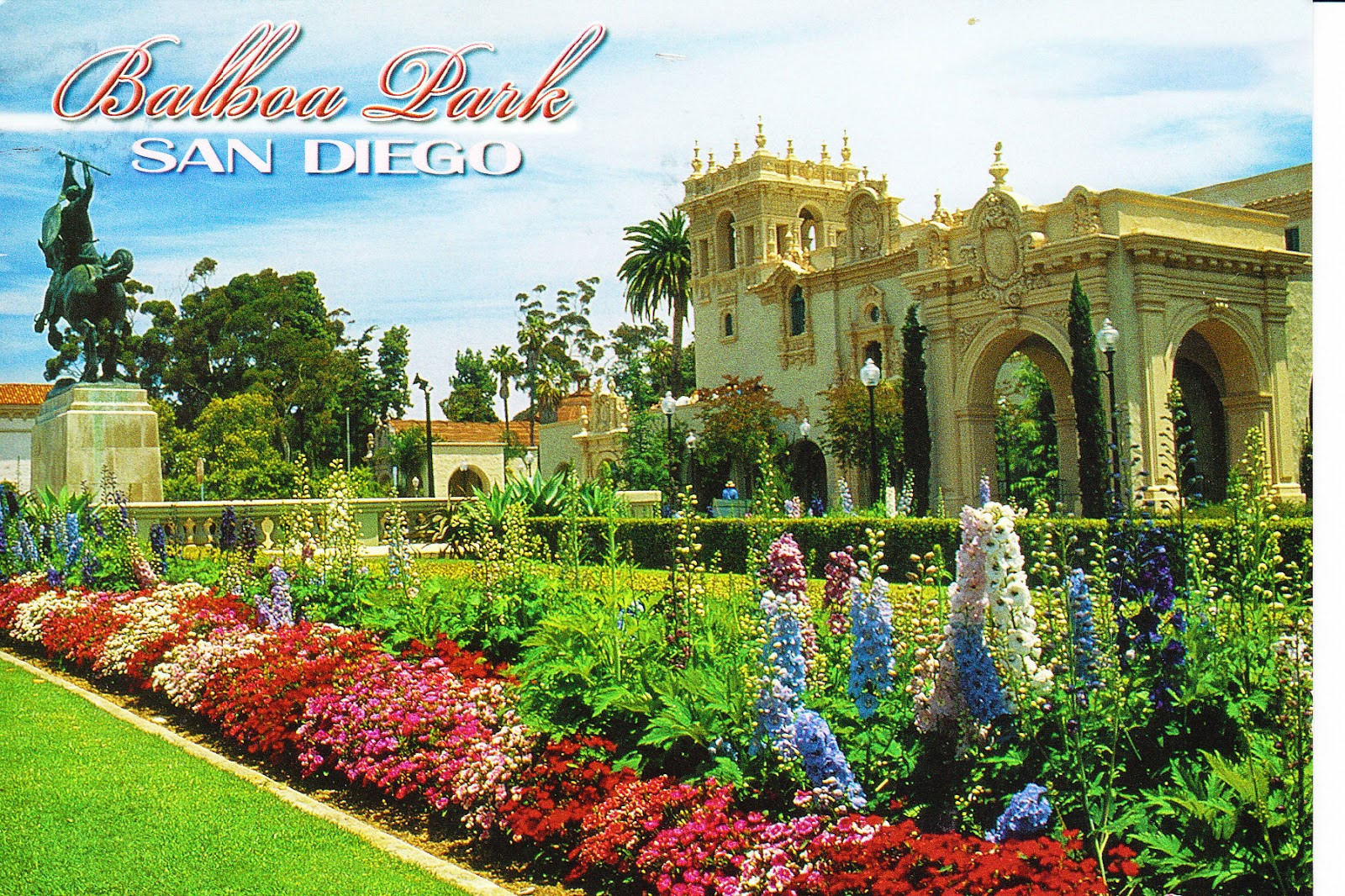 Erin , who recently stumbled upon my blog sent this card along. Hope she becomes a regular follower. She used a couple of 2014 stamps including 2 copies of the Hummingbird self adhesive coil and 1 of 16 stamps from the set of Vintage Circus Posters. This circus set is a pretty attractive set of stamps , one I think I will have to add to my collection. 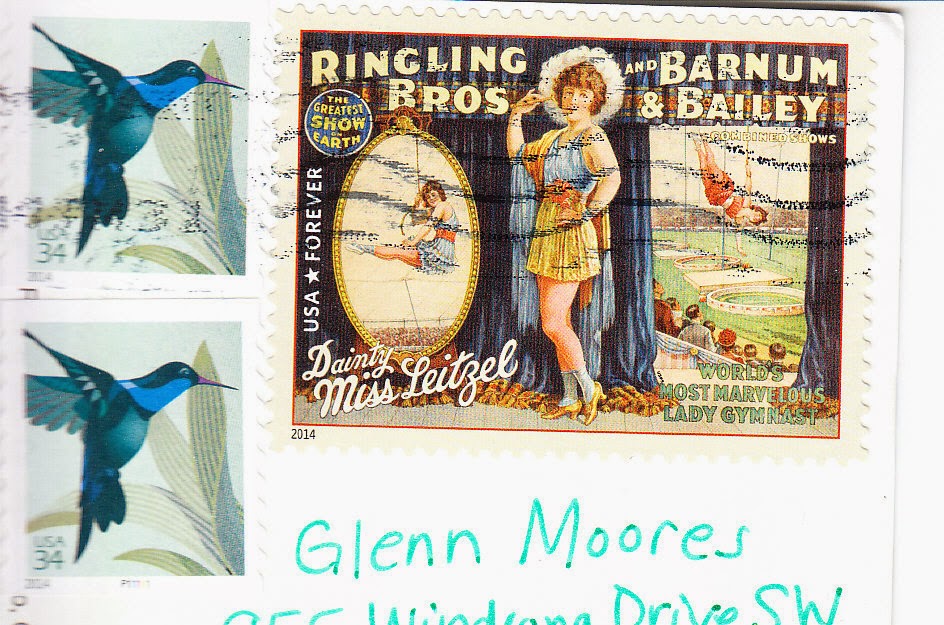 Let's move now to Durban, South Africa. Bruce's card shows Zulu ricksha "pullers " dressed in painted horns, colourful beads and sheepskin leggings. I believe this is my first Durban related card, I've had many from South Africa over the years , but not Durban.  Durban is the largest city in the South African province of KwaZulu-Natal. It is also the second most important manufacturing hub in South Africa after Johannesburg. The city is a cosmopolitan city of over three million people. 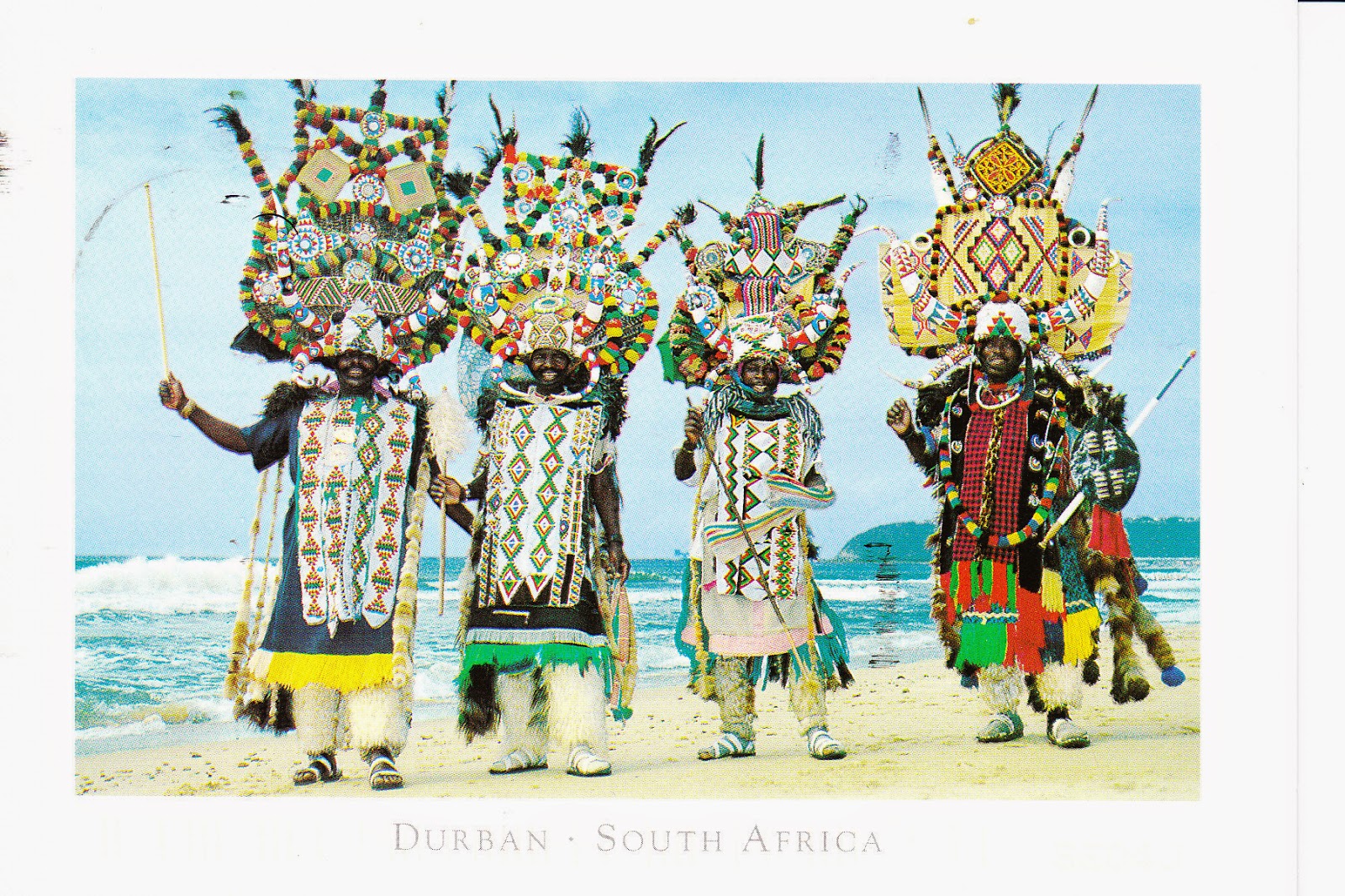 Bruce used a 2010 Airmail Postcard rate stamp , from a quite large set of 27 definitives featuring Handicrafts. 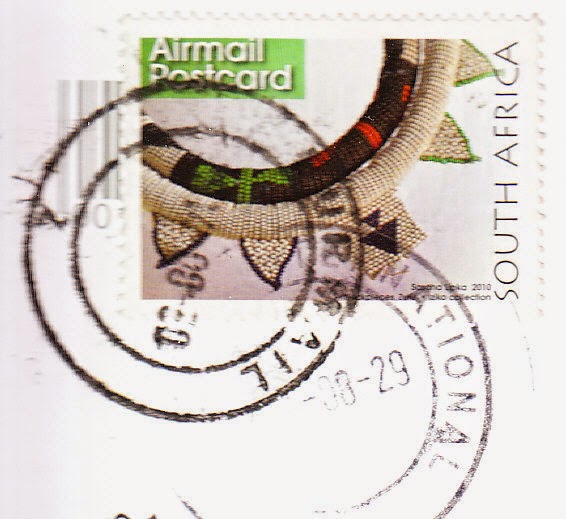 Here's another card from the U.S, this time from New York. It features Fort Ticonderoga and 3 aircraft from the Vermont Air National Guard on a training mission.  Fort Ticonderoga, formerly Fort Carillon, is a large 18th-century star fort built by the French at a narrows near the south end of Lake Champlain in northern New York in the United States. It was constructed between 1755 and 1757 during the Seven Years' War . 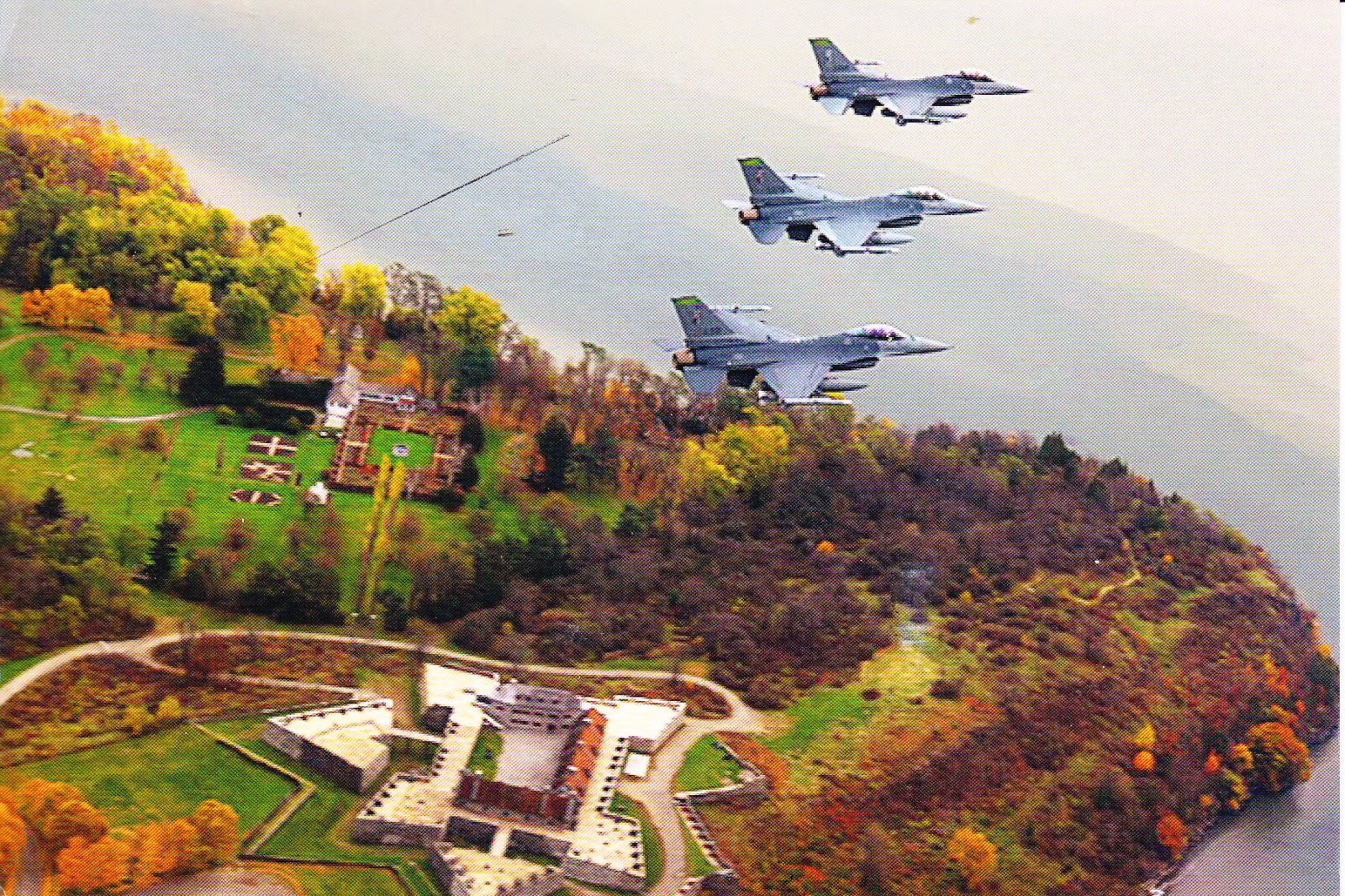 Joe used a number of stamps here including 3 older airmail stamps. One doesn't often see airmail stamps anymore. Included are the 31 cent Plane, Globes and Flag issue from 1976, the 1964 8 cent Robert Goddard issue and the 1958 7 cent blue Jet stamp. Those 3 stamps have a face value of 46 cents but unused as they were before going on my card, they had a combined catalogue value of $3.30  . So thank you Joe for theses fine stamps. Also used were 2 Snowflake Holiday stamps from 2006. 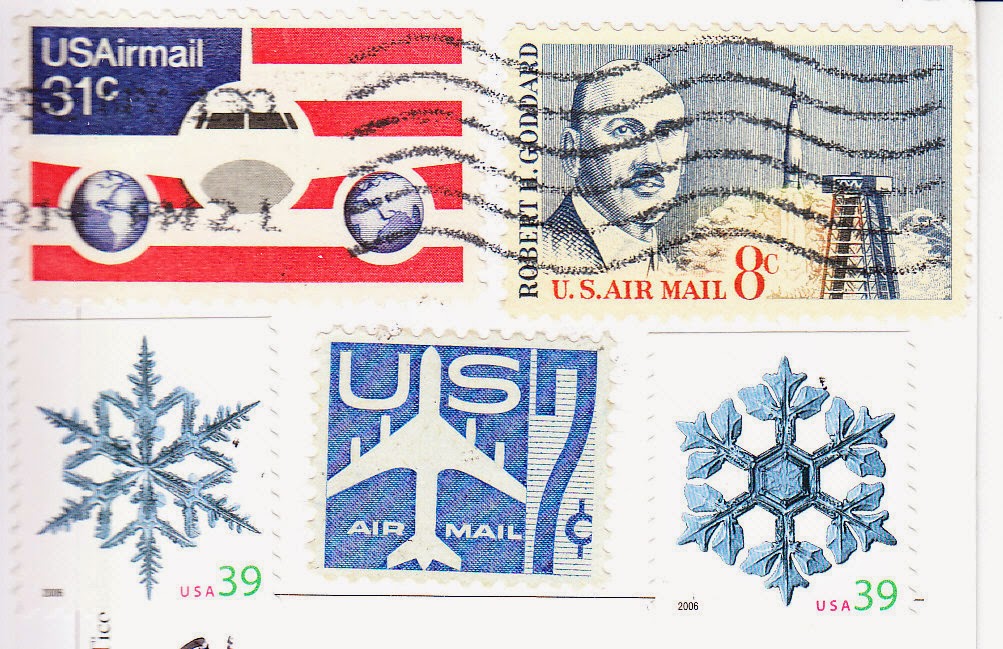 This next card, whiled mailed from Lachen, Switzerland actually shows Horgen, Switzerland. Horgen is a municipality in the district of Horgen in the canton of Zürich in Switzerland. It is one of the larger towns along the south bank of the Lake of Zurich. 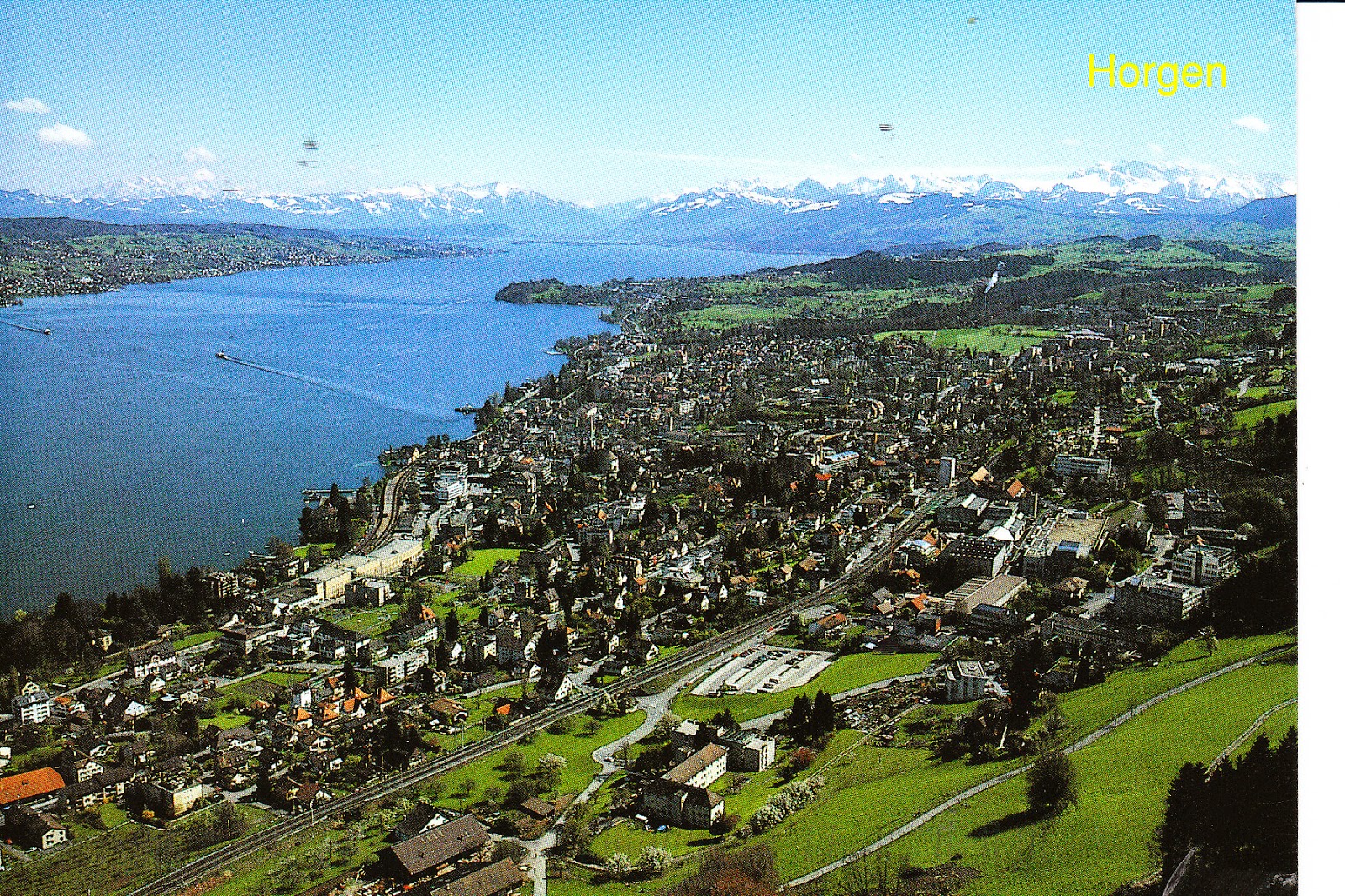 A new blog reader named Zdanka sent this card. Zdanka used 2 of 3 stamps celebrating 100 Years of the Swiss Postbus, which were issued in 2006 . Also used is a 2014 Mushrooms stamp from a set of 4. 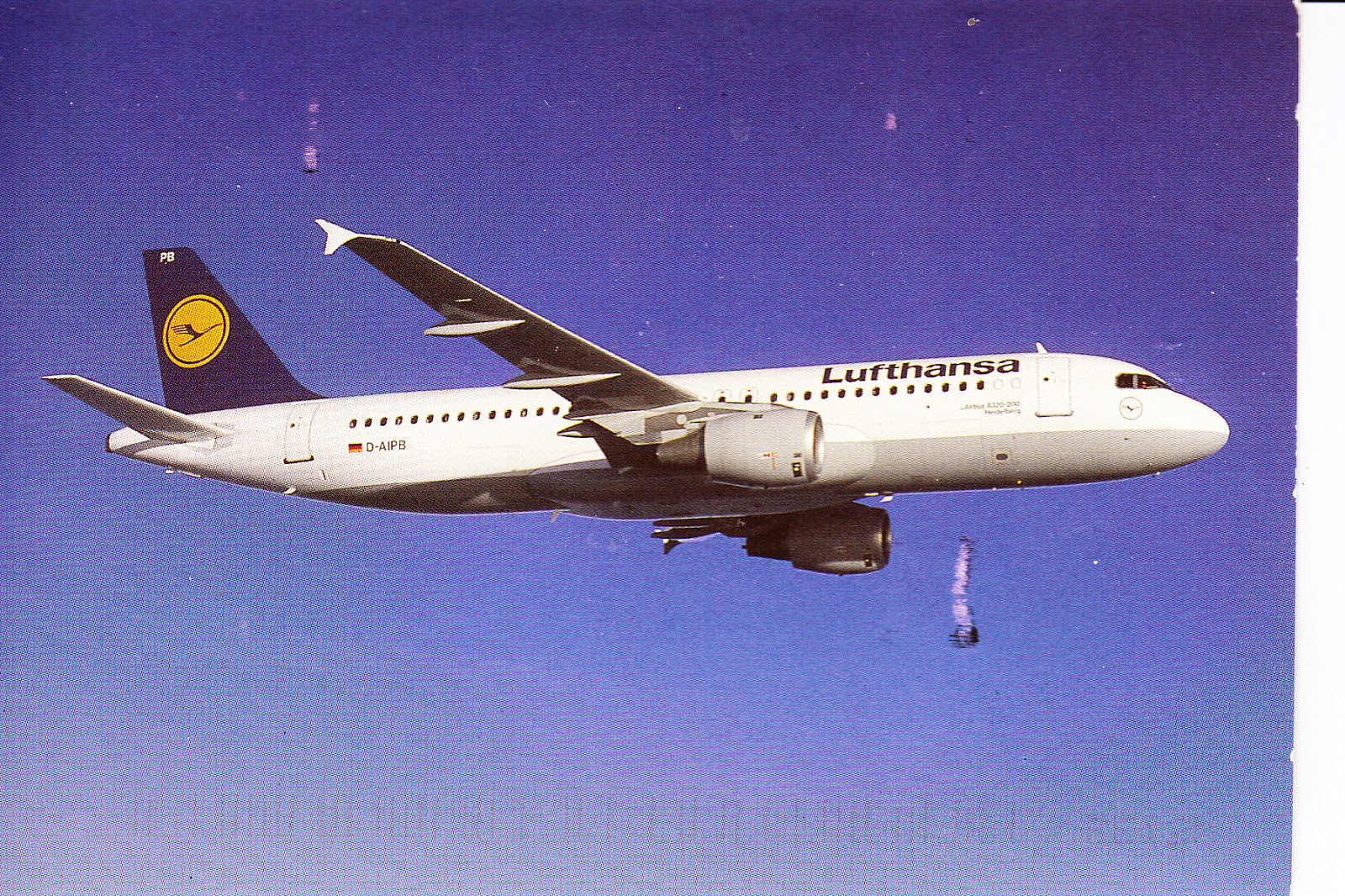 A Postcrosser called Andre used a nice selection of stamps on this one. On the left are 2 fine Aviation Stamps, featuring an A320 and a LH B747. They were issued in 1988 and 1980 respectively. He also used a flower definitive and a 20111 stamp featuring the work of a German cartoonist known as Loriot.

There you go , another update complete. Thanks for today's cards go to Erin, Bruce, Joe, Zdanka and Andre. Hope you enjoyed reading and seeing the cards and stamps. As always, comments are welcome.
Thanks for all the comments left on my last couple of blogs - Francis, Angela, Micheal, Leslie, Laura, Johan, Ana, David, Daniel and  TomoyoHime - sorry I don't know your name.  At least with all these comments, I know that someone is reading me.
Posted by Gem from Airdrie at 4:29 PM