Yes, I'm here with a Friday update. I have my usual compliment of 5 cards for this time. It was no problem getting 5 cards as this past week has been flush with postcards. From Monday the 20th through to today, I have received 19 postcards. A banner week , no doubt ! To think it was just a week or so ago I was complaining about the lack of cards . Now on to the cards at hand. Today's entries come from Brazil, Netherlands, Germany, Taiwan and Czech Republic. Let's take them in that order.

First up Brazil- On this card we can see a corner view of the Central Post Office in Sao Paulo. 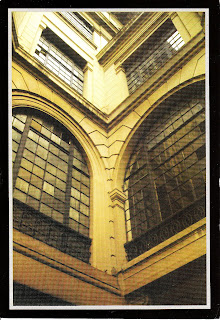 The card indicates it was built in 1922 but for some reason I had difficulty finding any more information about the building. Cinthia used a 2011 Central Railway Station stamp showing the classical architecture of the building. 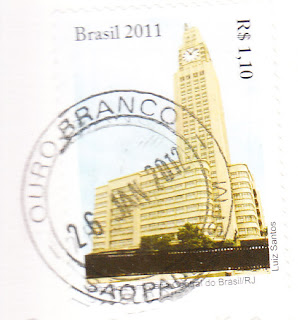 The card from The Netherlands is next. It's a 1993 picture of actress and model Isabella Rossellini taken by Anton Corbijn. 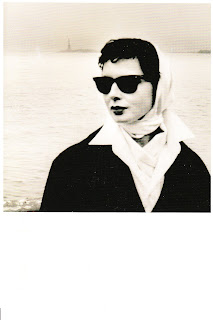 He is also known for the U2 cover photo of "The Joshua Tree". Rossellini is the daughter of two legends, Ingrid Bergman and Roberto Rossellini. Perhaps her most memorable acting was in the 1986 movie Blue Velvet.

Munich Airport is is featured on this next card. It's a night shot of a couple of aircraft and the control tower. 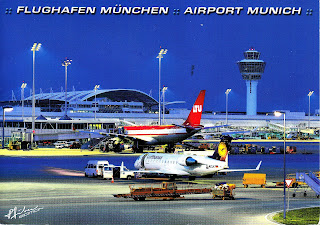 Frequent contributor David sent this along, he's on his way to Indonesia. He used a couple of the flower definitives along with a 2012 stamp, 1 of 2 in a set of Landscapes. 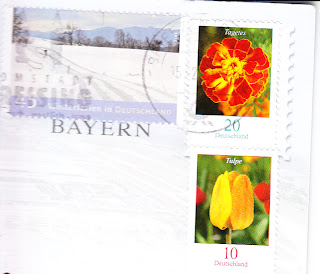 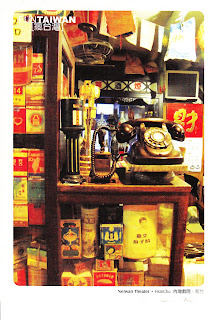 Here's the stamp on the card, but I wasn't able to locate any information about it. 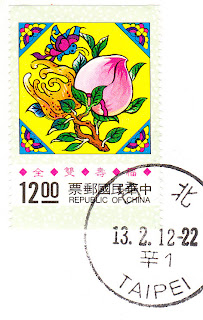 The final card for today is from Czech Republic. It's a picture of Slezske Museum. It is the oldest ( founded in 1814 ) and 3rd largest institution of its kind in the Czech Republic. 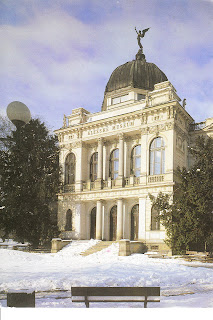 Now here is the stamp on this card . I've shown it a couple times before and yet every time I see it , I think Algeria and not the Czech Republic. 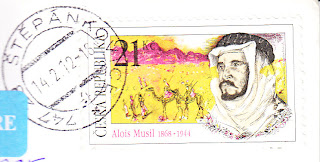 That's it for this time. Enjoy your postcards and stamps. Have a good weekend.
Posted by Gem from Airdrie at 1:50 PM

You get such a varied selection ^_^ Great post as always.