Daytona, Mailboxes, Pikes Peak, A Mailbox, and a Cow Deep in Thought

Here I am with this week's first postcards. Cards are from Sweden, Italy, Netherlands and two from the U.S. So let's get right to it.
Here is one of the U.S. cards. On it we can see Daytona International Speedway, home of The Great American Race, the Daytona 500. Loud, fast cars and big crowds. 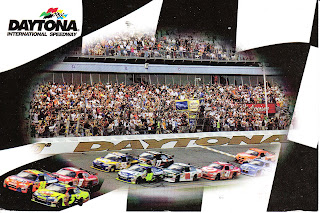 This is a timely card as the 54th annual Daytona 500 will be held on February 26th , in just a few days. My money's on Danica Patrick , if for no other reason than she's the best looking of all the drivers, even in a jump suit. I have always wanted to attend a race, and if I have my way, I'll opt for The Indy 500, no offence to Daytona. Now, back to the card and the stamps. 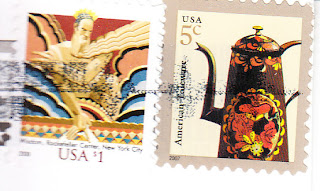 Well my collection of postbox/mailbox postcards is certainly growing. I have 2 for today. Here is the first one , a card showing 14 brightly coloured boxes. 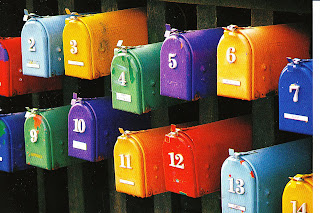 Sabine sent this card along from the Netherlands. The stamp is a very common one that I have shown on a number of occasions , but not again today. 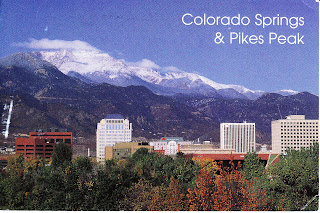 Remember the 1882 movie The Thing and now we also have the 2011 The Thing. I don't think the Things in the movies are Super Heroes, though.

Who's up for another Post Box card ? That is besides me . Get ready. I'm not sure where this postbox would be located, but I'd don't think it's Italy, where this card came from . 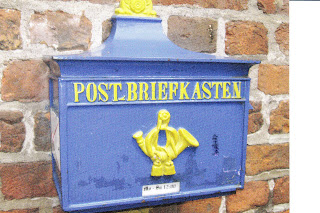 Anyone out there know ? Leave a comment if you do. The card came with a nice , clean, new Italian stamp issue. Issued on 13 January of this year, it commemorates the 100th anniversary of the birth of Giulio Onesti, a former I.O.C. member, and Commissioner of the Olympic Committee. 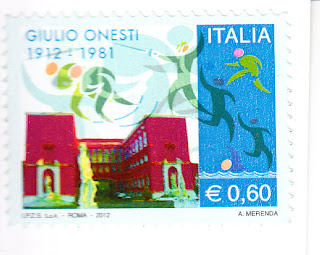 One more card to go. The thinking cow. I don't know who he is or what he's thinking about. He may be some local cartoon character in Sweden, where the card was sent from, I really don't know. 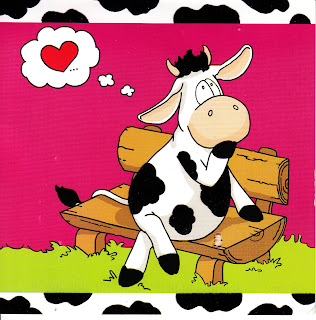 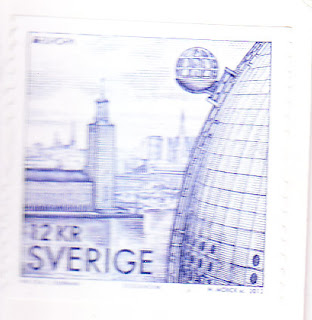 That's it for this time, thanks to all who sent the cards. Will try and get another update in on Friday. Take care.
Posted by Gem from Airdrie at 2:26 PM

Let the flow of your thoughts to make more postcards and i like your collections you inspired me there.

That's a German Post Box. 'briefkasten' translates to mailbox and that odd musical instrument is the German Post Horn.