Architecture, Aircraft and Art- The 3 A's

It's been five  or six days since my last blog so I think it's time once again. I have five or six cards for this time depending on time. So, getting right to it, Madrid , Spain is up first. This card is a look at Plaza Mayor, a public place in the heart of the city. This main Square , built between 1590 and 1619, is a great place to shop, walk around, eat and just enjoy the outdoors. It measures 129 m by 94 m. An interesting feature to me would be that every Sunday it hosts stamp collecting markets. 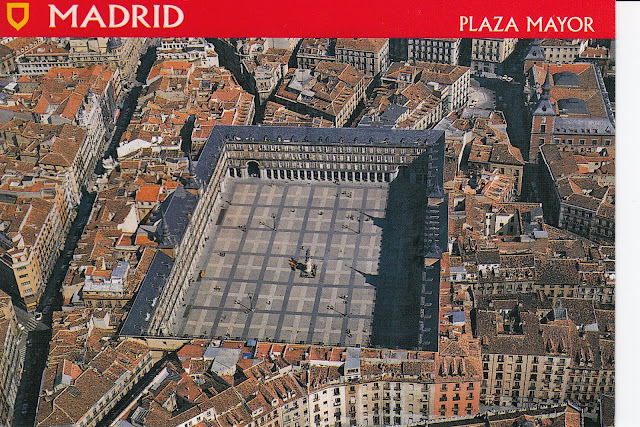 Dominique used an outstanding Aviation themed stamp on his card. It commemorates the 100th Anniversary of Air Transport in Spain.

My second card is from Armenia. Jean Pierre's card shows the inside of Geghard Monastery. This medieval monastery is surrounded by cliffs and the building itself was partially carved out of a mountain . Dating from the 12th century, the monastery was added to the UNESCO World Heritage List in 2000. 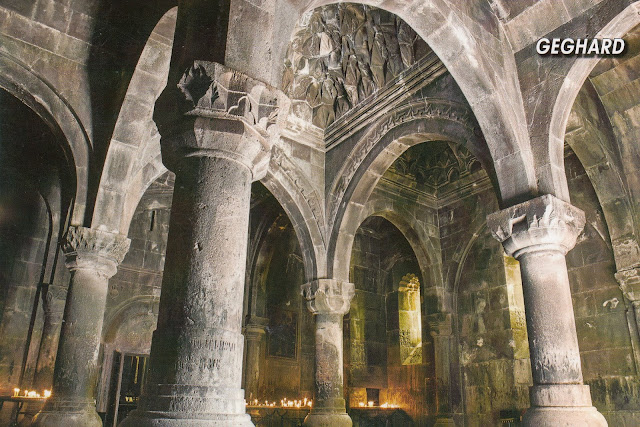 The stamp on the left is from 2018. It showcases Jamanak- the Daily Newspaper of Constantinople, which was first published in 1908. The right stamp, from 2013 , is 1 of 3 in a minisheet showing Church Architecture. 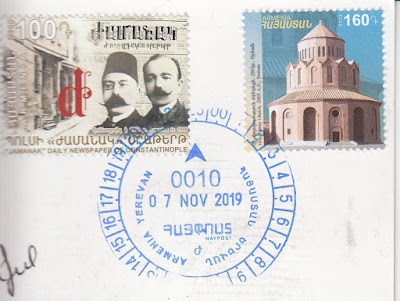 Next we have a beautiful Airline / Aircraft card with a beautiful Aviation themed stamp. Can it get any better  ? Here we have TEA France, an Airbus A-310, registered as F-GKTD on the ground at Paris-Orly. This aircraft was delivered in December 1990 and left the TEA France fleet in November 1992 for Sudan Airways. 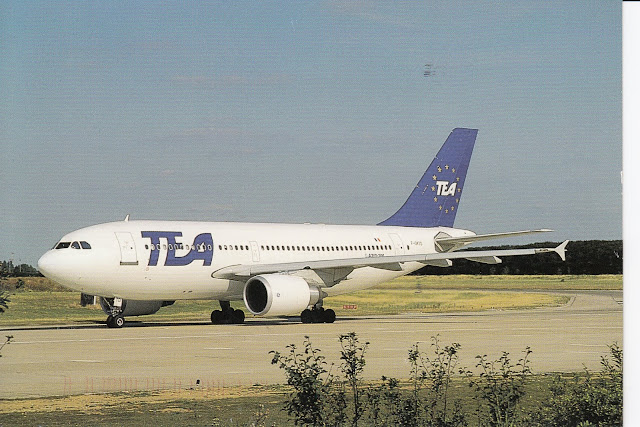 The livery  ( paint job ) on this jet is very reminiscent of an airline I once worked for - EPA , short for Eastern Provincial Airways. On our jets it was EPA and on the tail was a white seagull. Very similar indeed. Have a look. 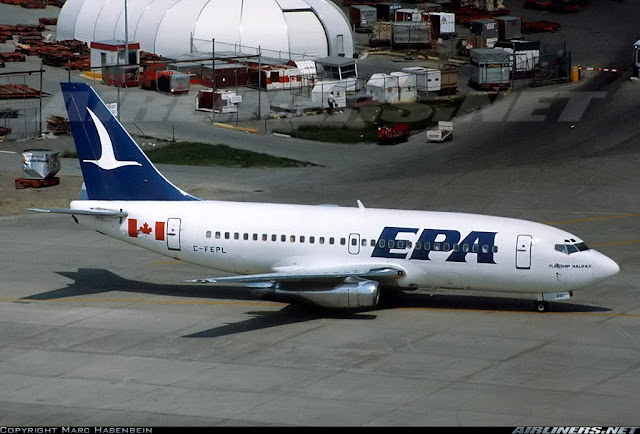 That seems like a lifetime ago.
As I mentioned earlier, Jean Pierre used a beautiful outstanding stamp on this card. I don't know for sure just what it is, but I think it might be an ATM stamp of some kind. Whatever it is , it's a keeper.

A card from Kyoto, japan is next. It's a card showing a Gustav Klimt print called Water Serpents. I know there are Gustav Klimt card collectors out there, so if you are one, enjoy. 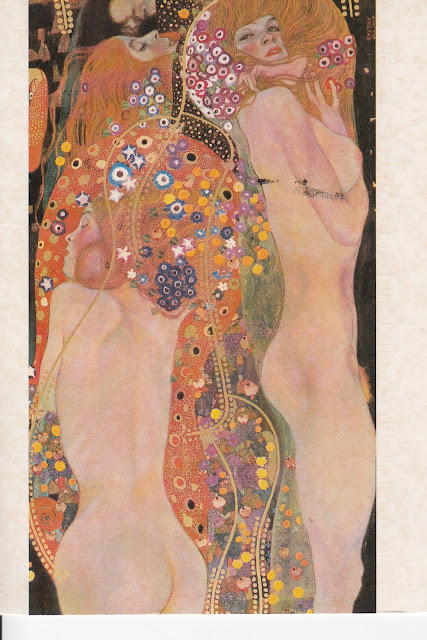 I'm not sure if this should be vertical as presented or horizontal . I looked online and saw it both ways. I guess if I was a true Klimt follower I'd know. Perhaps someone will enlighten me with a comment.

A Postcrosser named Nobue sent this along and used 2 stamps. The left stamp was issued in 1962 and celebrates the Opening of the Hokuriku Railway Tunnel. The  other stamp is from 1988 and is 1 of 8 issued in a set called Narrow Road to a Far Province. 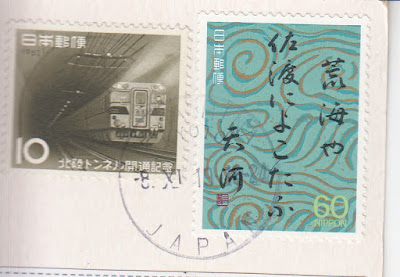 Now we're off to Luxembourg.   This city view card was sent from and postmarked at Multilaterale Stamp Exhibition , held in the city November 8-10 . 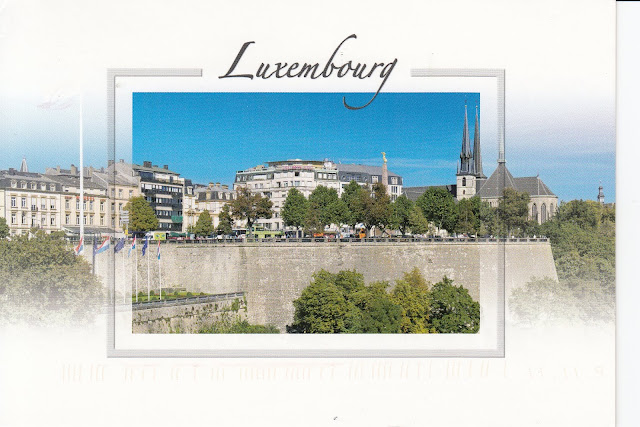 Thanks Meelis, it was good to hear from you again.

Here we go , the last card for today. It's from Baku, Azerbaijan. This time it's D-AVWA an Azerbaijan Airlines Airbus A319  pictured at Hamburg in July of 2005. 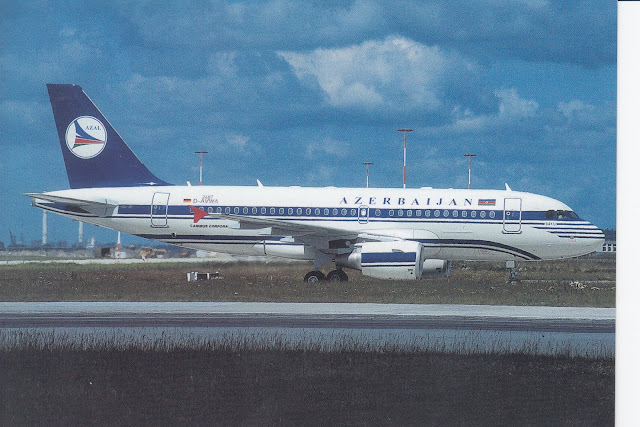 Jean Pierre arranged for this card through Rafal who was visiting the area. Rafal used a 2019 stamp celebrating the Azerbaijan Formula 1 Grand Prix. 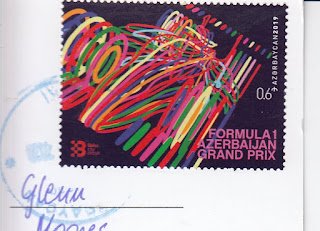 So there , another update is history. Thanks for today's cards go out to Dominique, Jean Pierre, Nobue, Meelis and Rafal. Great cards, great stamps all around. Take care, until next time- over and out.
Posted by Gem from Airdrie at 1:32 PM