Still in the Time of Covid

Here we go again.  I'm back after a week or so, with a few cards to have a look at. A couple from Albania and a couple from Belgium. Let's start with this fine view of Valbona. Located in northern Albania, the Valbona Valley National Park is found in the Albania Alps. The park encompasses the Valbona River, mountainous terrain, alpine landscapes, various rock formations and waterfalls. 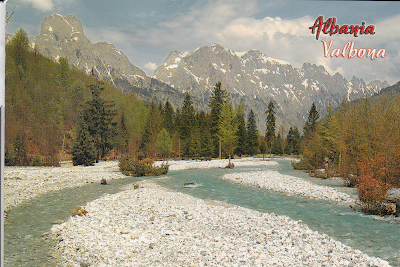 You know , if Albania, Valbona wasn't on the front of the card, I would have thought it was a card showing a vista from the Canadian Rockies. It could pass for any number of wonderful places in my area. I've had lots of lunches or picnics at places in the Rockies looking like this. But it looks good on Albania. 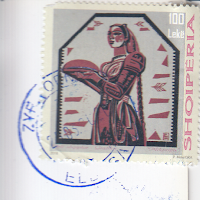 Here's the second card from Albania. It shows some ladies from the Zadrima region of the country. The area is know for its rich cultural heritage. It is also known for women's traditional costumes.
Indrit's card shows a couple of the local ladies wearing the traditional women's dress. 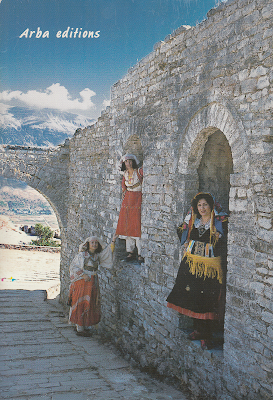 The stamps used on this card certainly reflect the traditional costumes I mentioned earlier. They are 2 of a set of 12 issued in 2007 celebrating Regional Costumes of Albania. Even though issued in 2007 they bear a 2006 date.


Now here's the first of three cards from Belgium. Here, we're looking at the Royal Museum of Central Africa in Tervuren. Know as the Africa Museum, it was built to showcase King Leopold II's Congo Free State in the 1897 World Exhibition. 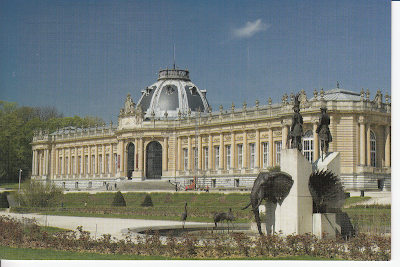 Johan used a fine new stamp on his card. It was issued on March 16th and Johan secured a First Day of Issue cancellation. The stamp Commemorates the 60th Anniversary of the Birth of King Philippe. 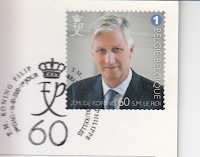 Another card from Belgium. This time it's a look at the facade of the Old England department store in downtown Brussels. The building is now the Musical Instruments Museum, renowned for its collection of over 8,000 instruments. 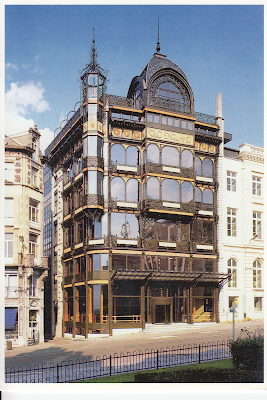 The stamp, issued March 16th, commemorates the 75th Anniversary of the United Nations. Again we have a First Day of Issue cancellation , thanks to Johan. 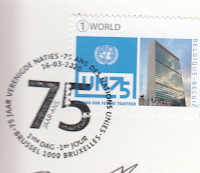 It's time for the last card of the day. Again it's from Belgium. It's a picture of the Jan van Eyck oil painting  Portrait of A Goldsmith or Man With a Ring. van Eyck was from the County Loon and actively painted in Bruges. 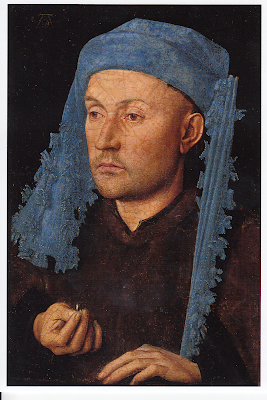 The stamp was issued on March 13th and once again Johan secured a First Day of Issue Cancellation. The shaped stamp has the same image as the postcard. It is 1 of 5 stamps in a very impressive looking sheet of 5 different stamps, all showing paintings by van Eyck.

Be sure to check out Johan's great blo called johan postcards   .


That brings to a close another installment of GemsWorldPostcards. Thanks for cards today go out to Indrit and Johan. Thanks for dropping in, see you again soon.

Once again - Wash your hands, Don't touch your face and Keep your distance. Stay Safe.
Posted by Gem from Airdrie at 6:19 PM