Helle there. In the last couple of days I received four cards. They arrived from Guam, France , Indonesia and United Arab Emirates. We'll start with the card from Guam, only my 2nd from there. This U.S. island territory is located in Micronesia, Western Pacific Ocean. It's capital is Hagatna . The island has just over 165,000 Guamanians.  Jean Pierre's card is an aerial view of Agana Bay with Alupat Island and the surrounding hotels. 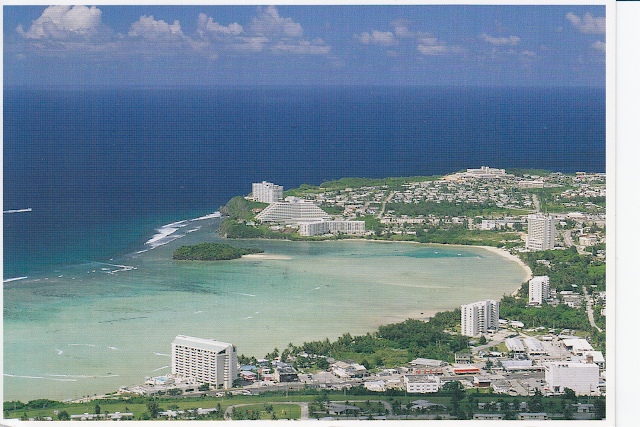 There's a number of stamps here - the left one was issued in 2011 showing the Edward Hopper Painting " The Long Leg " . The right stamp, from 2019, commemorates the 50th Anniversary of the Woodstock Music Festival. The other stamp shows the U.S. Flag and Fireworks. 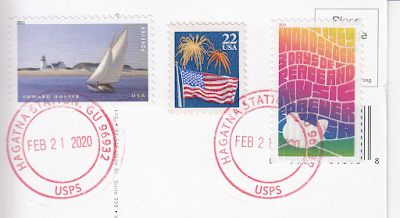 My next card from France shows one of the thermal springs in Vichy, recognized throughout the world for its thermal spa. 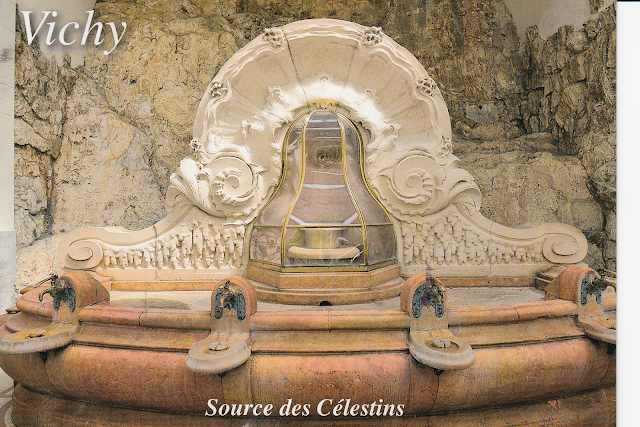 Dominique used a stamp from 2018. It was issued for the Sorques Spring Stamp Exhibition.

That's two down, now it's on to Bali, Indonesia. Jean Pierre's card shows a beautiful Balinese gateway which attracts many , many tourists to the area. Great place for a selfie ! 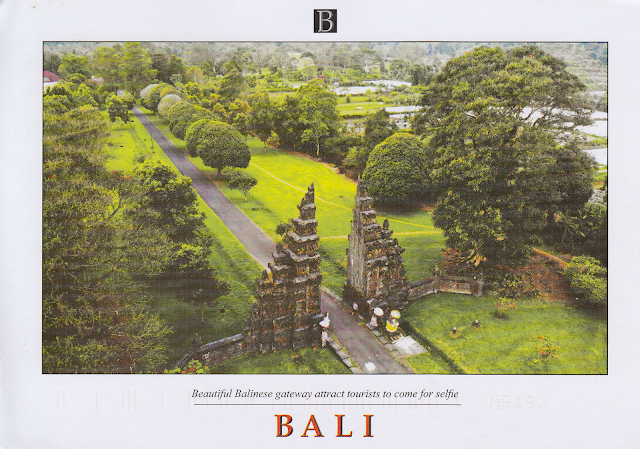 Jean Pierre used a multiple of a 2019 stamp, 1 of 3 in a set, issued for EMAS 2045 - the vision of Indonesia competing with other nations on a top level. 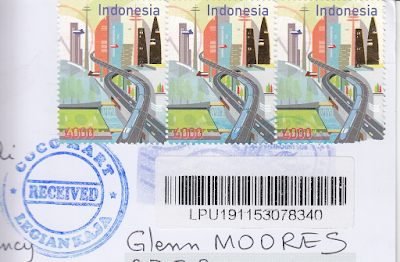 Today's last card, from United Arab Emirates, shows us the skyline of Dubai. On the left is the Burj Khalifa and at second from right is the Burj Al Arab. 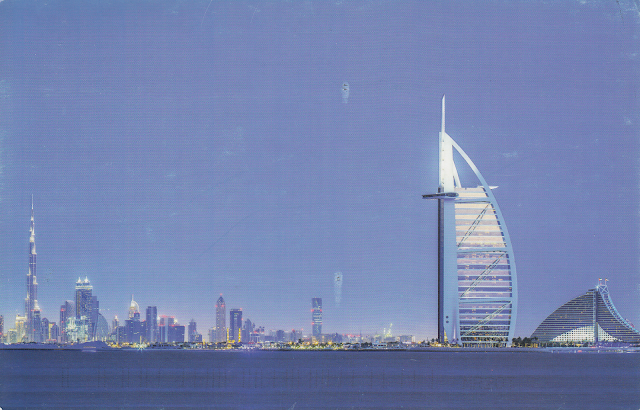 Dominique used a cool stamp here. A rather large almost circular stamp. It was issued in a 2019 minisheet of 6. 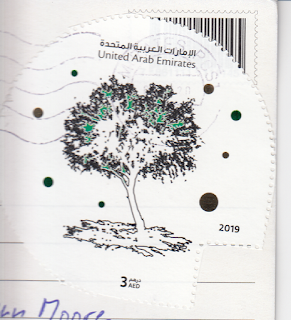 That is the update for this time. Thanks for today's cards go out to Jean Pierre, and Dominique.
Take care all. Wash your hands, don't touch your face and stay inside as much as possible.
Posted by Gem from Airdrie at 9:09 AM