A Boat, , a Flag, A Vintage Beauty, Tintin, Leuven and Brive

Well, I figure it's time for another blog and as today's title implies we'll be covering a multitude of topics.  So here goes.

First up is this card from Dubai, United Arab Emirates. Not quite sure just what type of boat this is , whether it's a yacht, or a tour boat or something else. 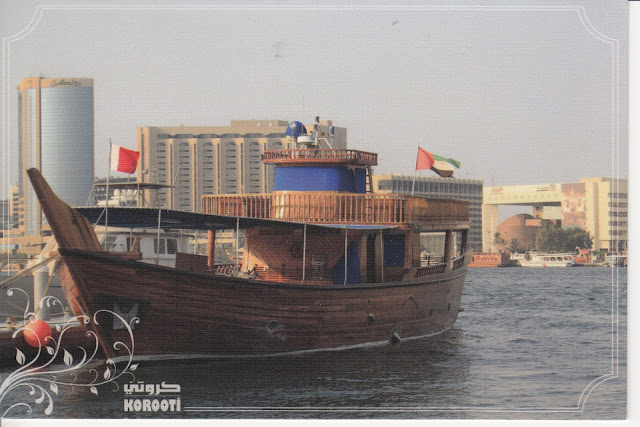 Bruce , who was visiting Dubai, sent this card along. He used a 2019 stamp from a set of 2 celebrating  Sharjah - World Book Capital for 2019. Open Books. Open Minds. 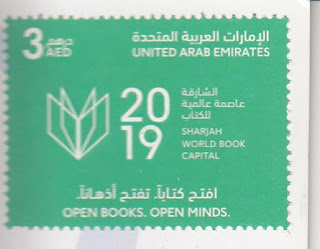 Now here's a flag card for all the flag enthusiasts and collectors out there out . It's the South African Flag. This flag is ethnic in design and concept and heralds an era of optimism, progress and peace for all the country's varied race groups. It was designed by Frederick Brownell and adopted on 27 April 1994. 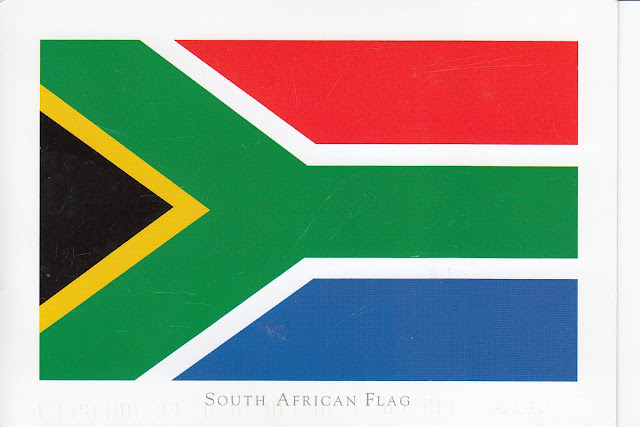 What better way to celebrate a flag postcard than to send it with a celebratory flag stamp. This is just what Bruce did. He used a 2019 mini-sheet of 1 celebrating 25 Years of South Africa Democracy. 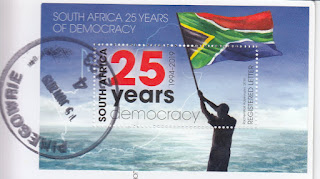 I hope I don't offend anybody with my next card. I received it back in June or early July. I have been debating whether to add it to my blog for a while now.  Looks like the lady won out.  I've added  nudes on cards before and never gave it a second thought. I feel that if a card makes it through the mail to me, it's fair game to put up on my blog.
The beauty on this card is 1 of 30 in a  " Postcard Book of Yesterday's Beauties " by Schonheiten von Gestern . 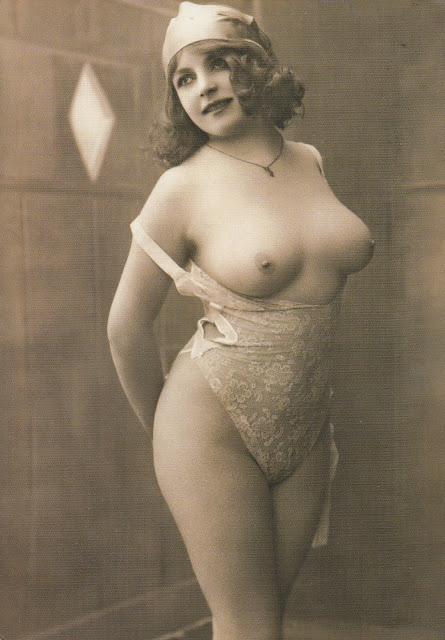 Next we have Herge's version of  Man on the Moon. Only it's Tintin  not Neil Armstrong. 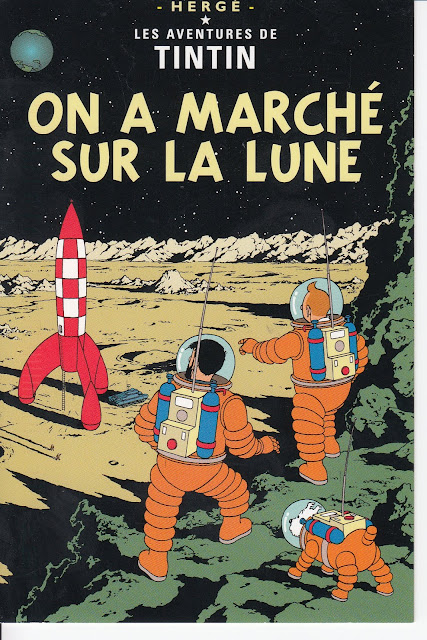 Jean Pierre used a beautiful First Day of Issue stamp on this card and secured a wonderful cancellation.  The stamp showing Man on the Moon commemorates the 50th Anniversary of this auspicious event , and the cancel has a boot print to mark the event. 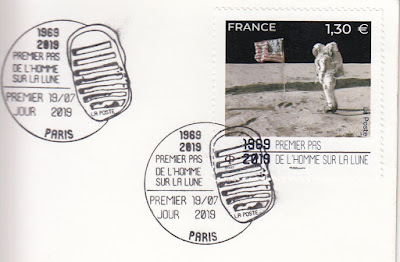 My next card was postmarked in Brussels but shows us an area in Leuven, located to the east. We can see a part of the great Beguinage, the preserved and restored historical quarter in downtown Leuven. Note the timber framing on the house in the middle. The area became a UNESCO World Heritage Site in 1998. 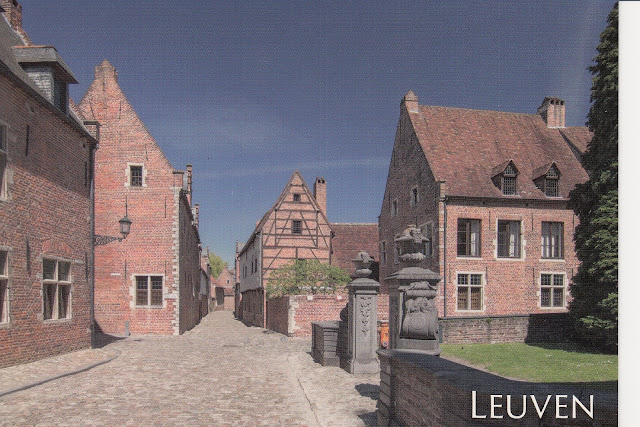 Johan used a quite nice looking stamp and also secured a First Day of Issue cancellation. The stamp , issued in June, commemorates the 150th Anniversary of the First Horse Tram Line in Brussels. 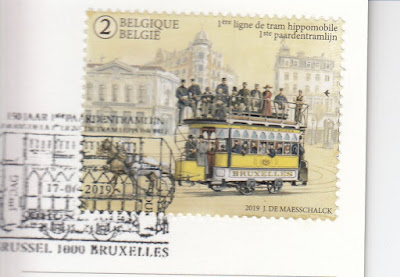 Today`s last card is a look at some of the buildings in Brive, in southwest France. It is known for its large food market held three times a week. 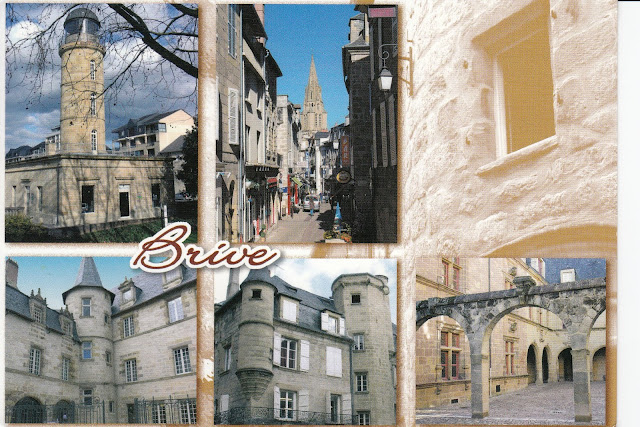 This is another card from Jean Pierre. He used a Flower stamp, 1 of 4 in an Endangered Flora mini-sheet , issued this year. Well, that does it for this time. Six cards has always been a good number for me to end with and this time is no exception. Big thanks for cards this time go out to Bruce, Johan, Jean Pierre, and Thorsten.  Once again, thanks for dropping in , and come back now, ya hear.
Posted by Gem from Airdrie at 3:26 PM