A Queen, Planes and a Tri-Spiral

Another week has come and gone. I never of course mean for a week to go by but often it does. So without further ado --

Card # 1 for today- another Aviation themed card. This time it's a Lancaster Bomber, registration PA474.  Avro Lancaster PA474 is a four engined, Second World War era heavy bomber operated by the Royal Air Force Battle of Britain Memorial Flight as a tribute to the members of Bomber Command during the Second World War.
PA474 is one of only two Lancasters in flying condition in the world. The other one is owned and operated by the Canadian Warplane Heritage Museum. PA474 was built in 1945 and is now based at RAF Coningsby. Today's plans call for PA474 to be airworthy until 2065. 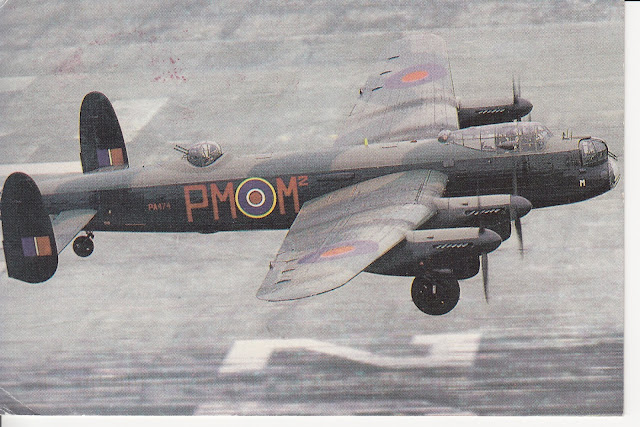 Bruce from South Africa sent this card along, the last of a bunch of historical aircraft cards he found a while ago. He used a Small Registered Letter stamp from 2017. It shows Camdeboo National Park. It is one of a set of five. 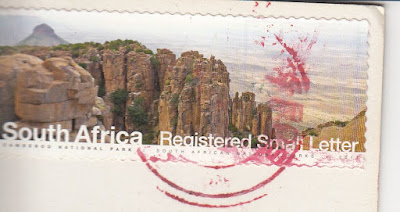 Card # 2 -- Here we have Queen Victoria wearing her Robes of State in 1859. The card is reproduced from a stamp issued by Royal Mail this year. It celebrates the 200th Anniversary of Queen Victoria in 1819. The card and the stamp feature a painting by Franz Xaver Winterhalter. 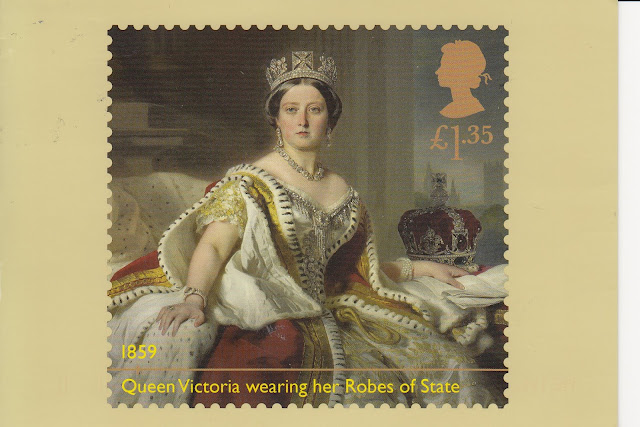 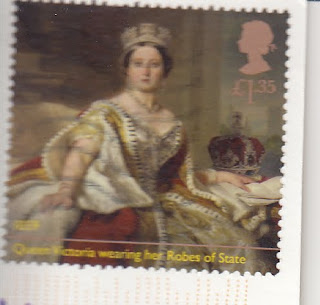 Card # 3 -- A Virgin Atlantic A340-600. Registration V-VSHY as seen in London ( LHR ). This aircraft is 17 years old, it was delivered to Virgin Atlantic in 2002 and flew for them until 2012. Since then it has flown for Hi Fly Malta, Al-Nase Airlines and Mahan Airlines under different registrations. 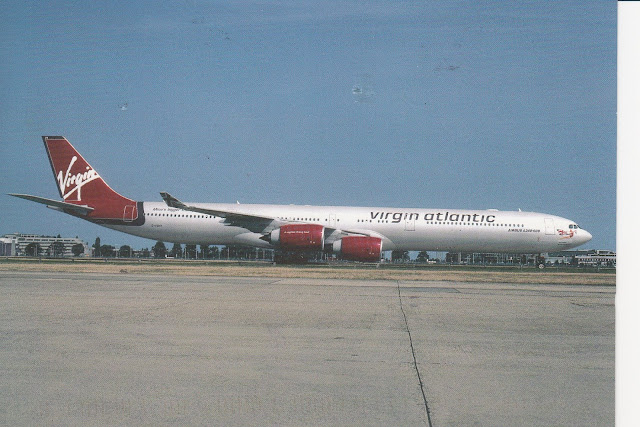 Jean Pierre used a Marianne definitive along with a 1988 stamp.
It is 1 of 12 in a Comics Communications set. 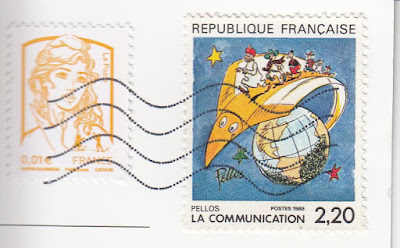 Card # 4 -- It arrived from Cork, Ireland. It's a look at the Tri-Spiral that was found in Newgrange, Ireland. The symbol is engraved on one of the stones inside the chamber of Newgrange. It is often referred to as an ancient Celtic symbol , but it actually dates to at least 2,500 years before the Celts arrived in Ireland.   Newgrange has been a designated UNESCO World Heritage Site since 1993. 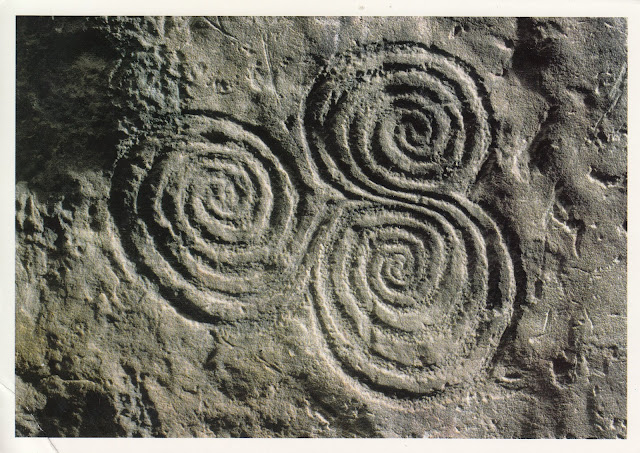 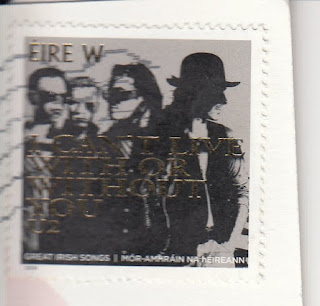 I do believe that's it for this time.    Big thanks for cards today go out to Bruce, Troy, Jean Pierre and Kodzo.

Drop back again when you can.
Posted by Gem from Airdrie at 5:00 PM