Hello people, no this is not about basketball, no matter what the title says. It's postcards and stamps , nothing else. Let's start with an old time picture of Los Angeles, and the card says it's from the 1940s. Lots of old time cars in this one. I wonder what that block or intersection looks like today. 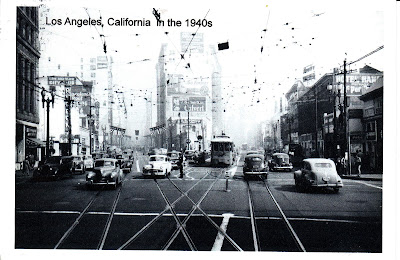 Joyce from Canby, OR, USA sent this card, mailed from Portland. She used two copies of the 2014 Breast Cancer stamp. The stamp's motto is " Fund The Fight - Find A Cure ". A noble cause indeed. The breast cancer research stamp is a semi-postal , non denominated stamp first issued in 1998. It is priced slightly higher, at 10 or 11 cents, than the price of a first class stamp. The extra cost is collected by the USPS and allocated to the National Institutes of Health for breast cancer research. If a person used this stamp exclusively and mailed one letter a day for a year, the resulting donation would amount to $40.  Since this stamp first went on sale on July 29, 1989 the USPS has sold more then 924 million stamps, raising more than $72 million for breast cancer research. The small town of Loganville, Georgia with a population of just over 11,000 took it upon themselves to start a campaign to increase sales of the Breast Cancer Stamp. The campaign succeeded in making the Loganviille Post Office the number one seller per capita of this stamp.
Congrats to Loganville - take a well deserved bow. 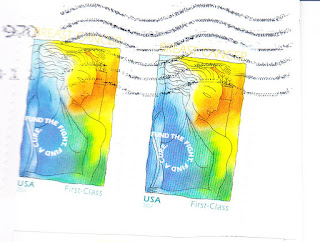 My next card was a surprise , sent by a new contributor , from Phuket, Thailand. The card shows the idyllic setting of Maya Bay, Phi Phi Islands.   Maya Bay is a beautiful bay that is sheltered by 100 metre high cliffs on three sides. The main beach is about 200 metres long, all of it silky white sand. Maya Bay became a major tourist attraction after The Beach was filmed there in 1999. 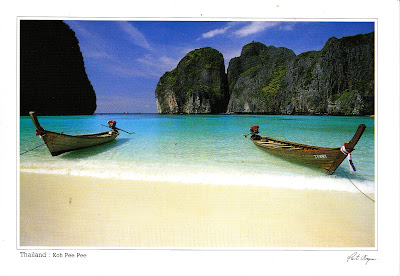 Khun used lots of recent large stamps here. The 2 on the left and the 2 in the middle are a complete set of 4 issued in 2015 for the Songkran Festival. The festival is celebrated as the traditional New Year's Day from 13 to 15 April. The single stamp on the right was issued this year and celebrates the Centenary of the Auditor General of Thailand.

Here's a card from a Postcrosser in Vienna , Austria. I guess it's some sort of water theme park in the area. Nothing on the card identifies the area. 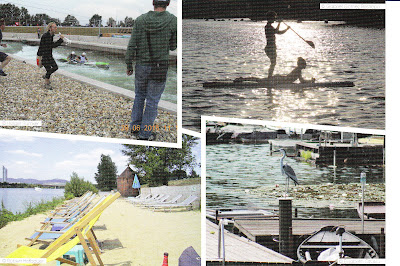 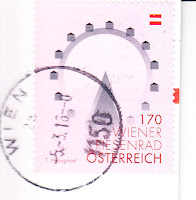 Even though we may be in Spring, fall colours are featured on my last card for today. The card arrived from Maine , USA and shows an area along side Ocean Drive in Acadia National Park. The park is 47,000 acres if woodlands, granite peaks and rocky shores. 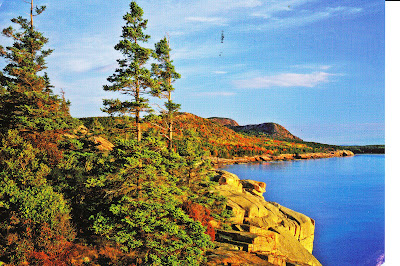 I don't know who sent this card . The sender left no name , just Greetings from Maine. The card arrived with the new 2016 Moon stamp from USPS. It is a Global Forever Round stamp and fulfills the international first class postage rate. My opinion of this stamp is that it is not a very attractive stamp, however it needs to be turned 90 degrees on this card so that the word Global is top and center. Then it looks a little more like the Moon. That's just my opinion of course. 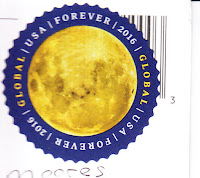 There you have it, another update, albeit a smaller one than my usual. Thanks today go to Joyce, Khun, Carina and Mr or Ms Anonymous.
Thanks for dropping in and do it again soon.

Posted by Gem from Airdrie at 4:56 PM