Yes, as the title above implies , it's another snowy day here in southern Alberta. It snowed yesterday, it's been snowing all day today, and it's snowing now today, as heavy as any time this past winter. It's truly a winter wonderland out there. Beautiful but  I've already shoveled the drive and walk once today, I'm sure I'll have to do it again later. Enough about that, let's move on to a great snowy day activity -- postcards.

My first postcard for this time comes from Santa Ana , California, a place where I'm sure it's not snowing today. The card says "the locals are friendly " but be careful in the water. I believe that's Goofy in the water with Mickey , acting as a lifeguard in the top right corner. 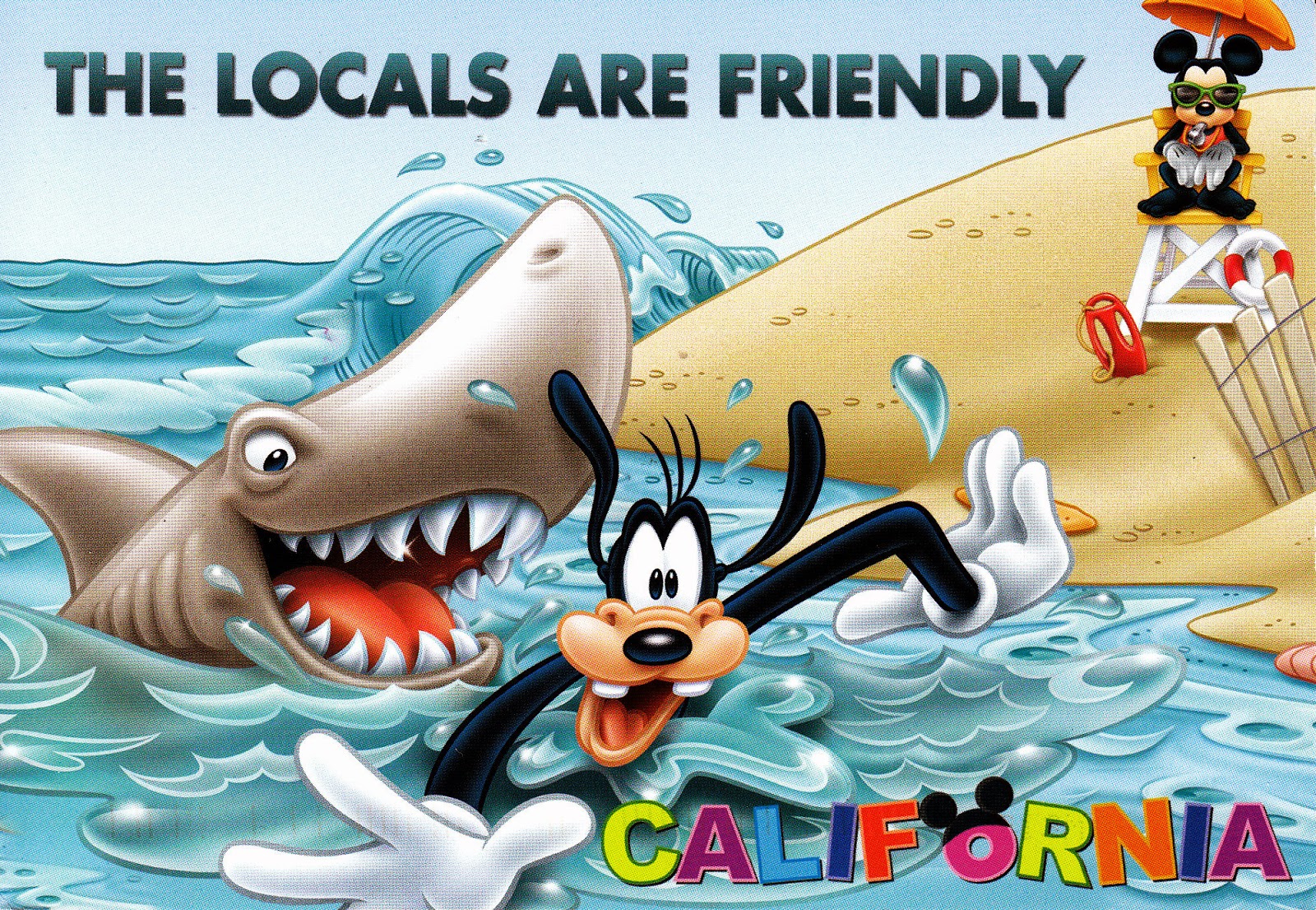 Yes, this card is from The Magic Kingdom. My grandson Evan and my granddaughter Ryann were lucky enough to spend some time in California a short time ago, along with their parents. So a postcard to Pop and Nan was high on the agenda.  The card arrived with 3 of 4 of the Flags For All Seasons , Forever stamps issued in 2013.

Up next is another great card for my Airline / Aircraft Postcard Collection. A Boeing 747-200 is an excellent addition. This one is in Lufthansa livery. Aircraft D-ABYY was the first 747 to wear Lufthansa's new colours back in '89. This aircraft also saw service with German Cargo Airline and Lufthansa Cargo. It was finally sold to Southern Air in Aug of 2000. 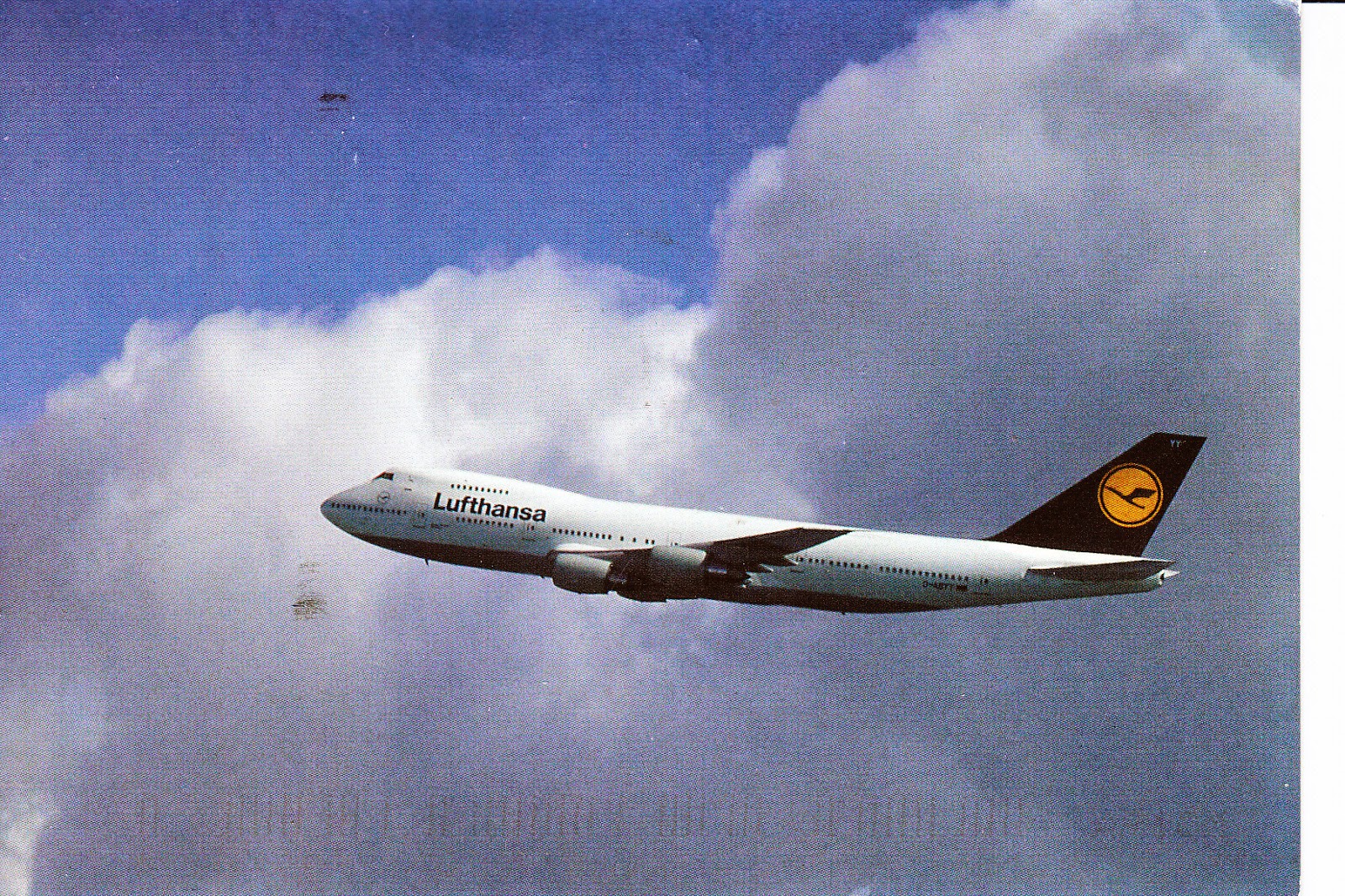 Meelis used 2 nice stamps from 2013. Both are Views stamp, one a beach sunset and the other a mountains view.

My third card is of Lille, France. On the card is the Opera building  to the right and the Chamber of Commerce Building on the left.  Lille is a city in the North of France. It is the principal city of the Lille Métropole, the fourth-largest metropolitan area in France after those of Paris, Lyon and Marseille. The city is  situated in French Flanders,   near France's border with Belgium. 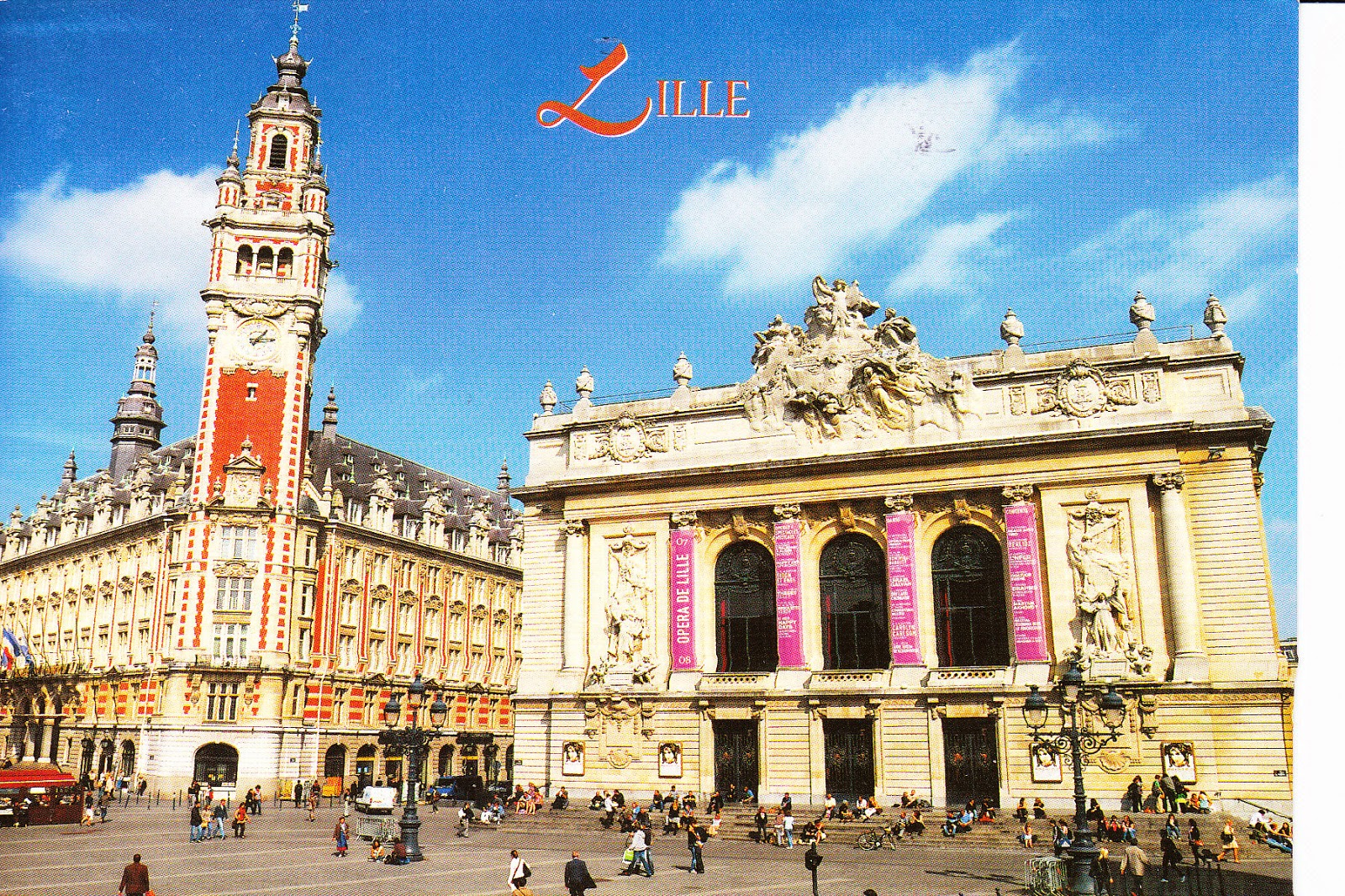 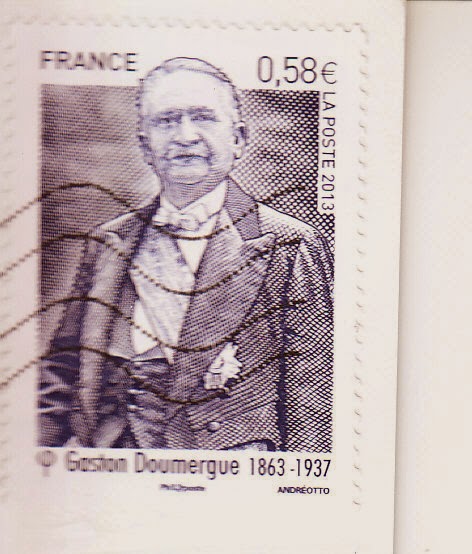 Here's a card of a retro railway poster from the 1920's promoting trips to the Belgian coast. La Panne
is the most western town of Belgium on the North Sea  before the French border. It's a resort area with a wide beach and where yachting is quite popular. 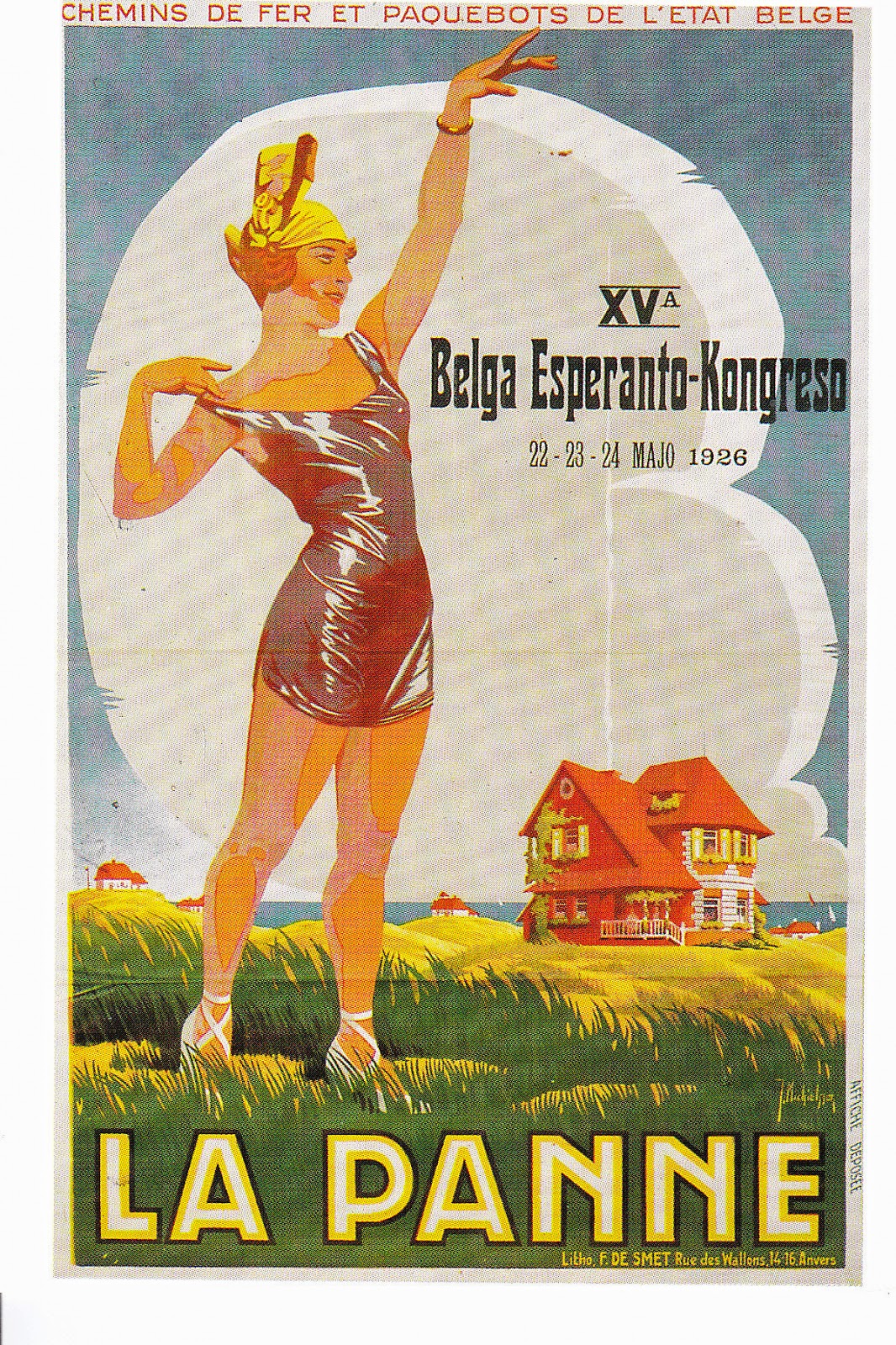 Monique used 2 stamps, one from 2013 and the other from 1963. The stamp on the left is 51 years old and commemorates the 40th Anniversary of SABENA, the Belgian Airline. The stamp shows a Sabena Sud Aviation Caravelle, and I can say that's an airplane type that I have flown on with TAP Airlines of Portugal. . The other stamp is 1 of 5 issued to celebrate Belgian Chocolate.

That's a great stamp for my Aviation Stamp Collection.


It's still snowing heavy here, so this card will give you some idea what it's looks like outside my window, minus the streetcar of course. The card comes from Jamsa in central Finland, but shows a streetcar in Helsinki, the capital. 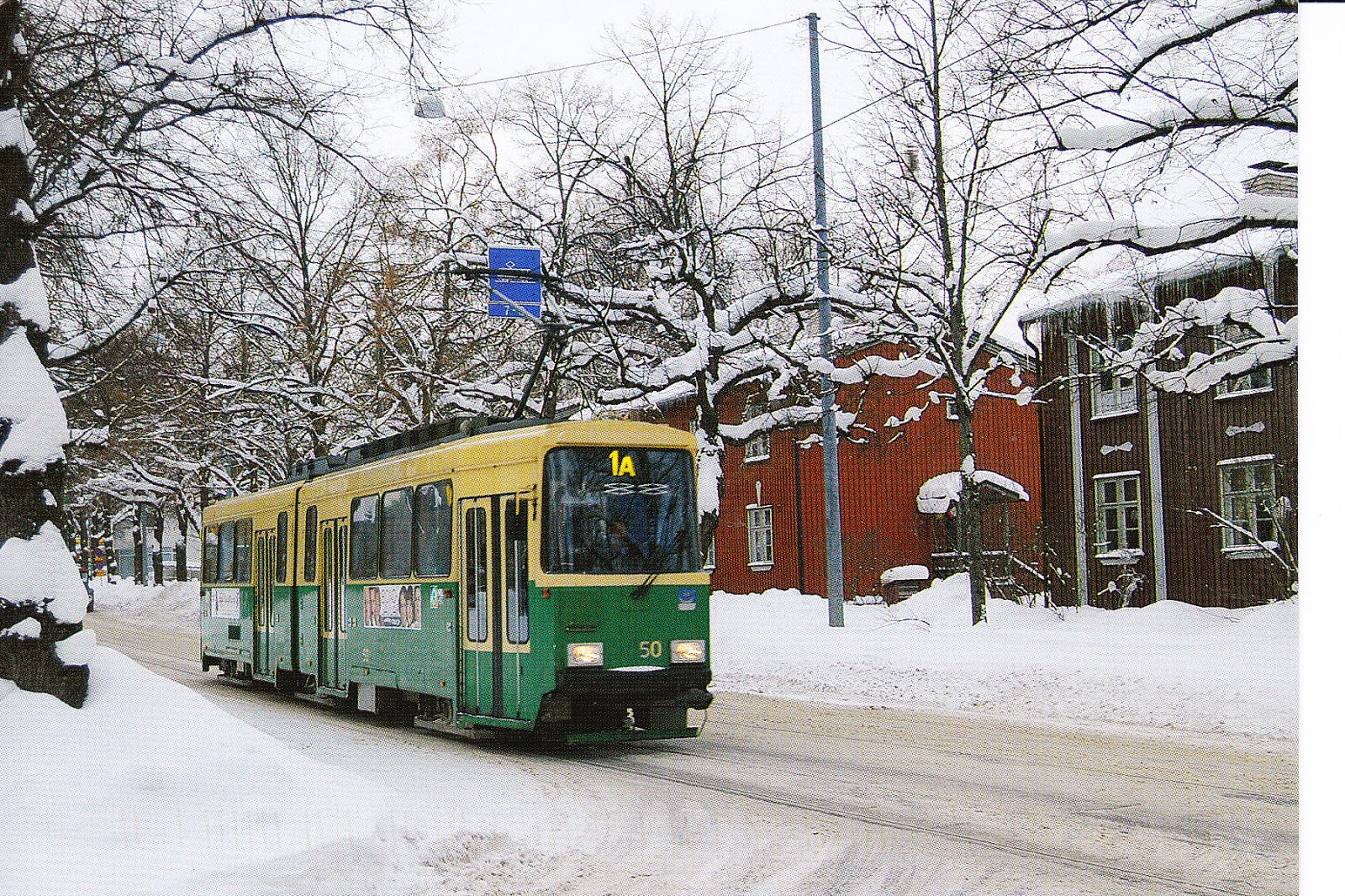 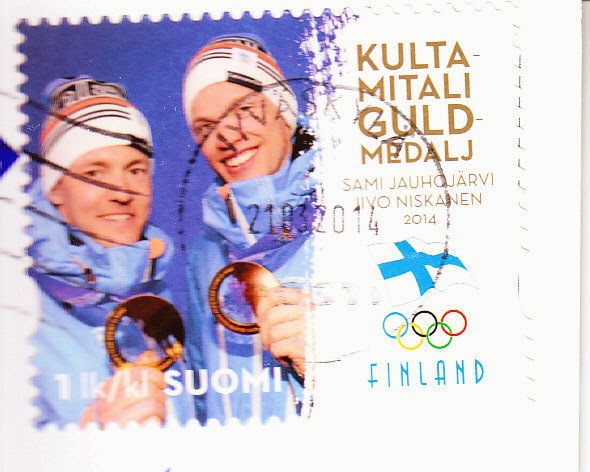 I was going to show one more card but I will save it for the next time. That's all for today. Thanks going out to Anni, Monique, Dominique, Meelis and of course Evan and Ryann. Great cards all around. Any Comments ?

Oh yes, Happy Easter to all who celebrate.

Posted by Gem from Airdrie at 3:38 PM